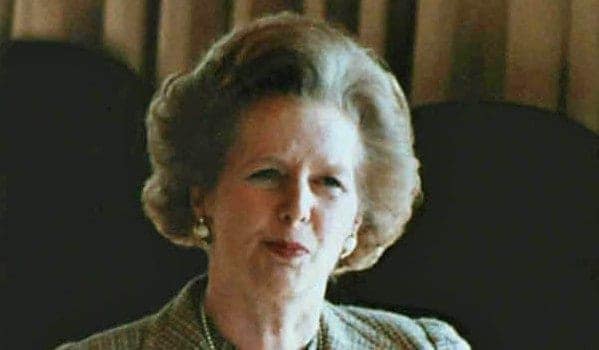 Safe standing campaigner Jon Darch explains why he thinks the the standing ban is an insult to the memories of the 96 – that they deserve far more respect.

Note – This article is one in a series looking at the subject of safe standing, please find all articles here.

ALREADY being praised by the Thatcher government as an “encouraging” anti-hooliganism measure seven years before Hillsborough, the standing ban was always based on the notion that fans who like to stand – as did the 96 – are trouble waiting to happen. It was never about whether standing was in itself unsafe. It was always about social cleansing. About keeping out fans who like to stand. To continue to support the ban today is to support the premise on which it is based: that standing fans are trouble. And that is an insult to the 96. In what follows I aim to show how the ban emerged from the right-wing political thinking of the day, how many influential people in Liverpool did not welcome it, how a leading Hillsborough justice campaigner regrets the ban and how supporting it not only sullies the names of the 96 but also perpetuates the view, now thoroughly discredited but still espoused by the assistant chief constable of South Yorkshire Police, that standing attracts “the unruly element“.

But let’s start by looking at how we got here. Any considered review of the merits or otherwise of the standing ban must, it seems to me, begin with the context in which it was introduced. Kevin Sampson, a writer and Liverpool fan, who was present at Hillsborough, examined this context in a Guardian article in September 2012. Below is an extract. In setting the scene, Sampson wrote first of Mrs Thatcher:

“the style of government she fostered brought a confrontational atmosphere to everyday life … there was little trace of any form of patrician Tory benevolence … Anyone who bucked against the Tories’ values was deemed a “wrecker.” The play-out to the Tom Robinson Band’s 1979 song Power In The Darkness lists a catalogue of “wreckers” including “football hooligans, juvenile delinquents, lesbians and left-wing scum.”

Among those toeing the line, of course, were the police. There are reasons for their apparent sense of immunity. Early on, the Conservatives implemented a 45% pay rise for the force. Unsurprisingly, this fostered a spirit of kinship and loyalty … Simultaneously, the government started into its programme of wage cuts and closures in the nationalised industries. Which inevitably set police on a collision course with pickets as industrial action escalated in the early 1980s.

Also, there seemed little sympathy in their ranks for those living in the nation’s poorest communities. Complaints were rife that newly ordained snatch squads were abusing their powers of stop-and-search … to humiliate peaceable citizens…

… the Brixton riots of April 1981 came as no surprise; neither did the disturbances that flared up in Toxteth, Liverpool, a few months later.

A year or two after Power In The Darkness, Tom Robinson might have added “Scousers” to that ironic list of demons. The 1980s oversaw a radical transformation in Liverpool’s national standing and its citizens’ popular perception. Gone were the loveable Merseybeat bands of the 1960s, and the daffy but adorable Liver Birds. In their place came a family of incorrigible scroungers in Bread, followed by a litany of skivers, whingers and whiners in Brookside and Boys from the Blackstuff.

Just as the mop top came to symbolise a certain Liverpudlian élan, so the hackneyed bubble perm, worn with a sloppy tracksuit and a defiant moustache, stereotyped the work-shy scouser of Thatcher’s Britain. Whereas the previous generation’s assumption was that Liverpudlians were gregarious, generous, witty and creative, the 1980s version were viewed as chippy, aggressive and innately inclined towards criminality.

And then there was Militant… the sharp suits and fondness for the limelight of the council’s de facto leader Derek Hatton only added fuel to the anti-Liverpudlian pyre.

By that time Mrs Thatcher had been re-elected, and the growing sense that the police did her bidding was palpable…

In football, in the English first division, crowds were on the decline and hooliganism was on the rise – Mrs Thatcher demanded solutions to the British Disease, and nothing – ID cards, electric fences – was considered too draconian.

It was against this social backdrop, then, that the events of 15 April 1989 unfolded at Hillsborough,” writes Sampson, nearing the end of his Guardian article.

He goes on to describe waiting to get into the ground. “Understandably,” he says, “the police were jumpy. These were football hooligans they were facing down. Liverpool fans. Scousers. Militants. The worst sort of wreckers. Everybody knows, now, what happened next.”

“That’s the gate that’s been forced: there’s been an inrush,” said Chief Superintendent Duckinfield later, giving his dishonest version of events. In reality, he had ordered a perimeter gate to be opened, but failed to give any order that supporters entering by that gate be directed away from the already overcrowded central pens.

“Failure to give that order was a blunder of the first magnitude,” said Lord Justice Taylor in his subsequent report, also concluding that “the main reason for the disaster was the failure of police control.”

Yet the version of events spun to the media was that put around by Duckinfield, Graham Kelly of the FA and, most notoriously, The Sun. A version of events in which Margaret Thatcher’s press secretary, Bernard Ingham, described the Liverpool fans as a “tanked up mob” and, as Taylor later wrote:

It was a lie. Triggered, Taylor, said by Duckinfield giving:

“Mr Kelly and others to think that there had been an inrush due to Liverpool fans forcing open a gate. This was not only untruthful. It set off a widely reported allegation against the supporters, which caused grave offence and distress. It revived against football fans, and especially those from Liverpool, accusations of hooliganism which caused reaction not only nationwide but from Europe too.”

Indeed UEFA President Jacques Georges had brandished the Liverpool fans as “beasts waiting to charge into the arena“. It was a picture that fitted the prejudiced view of football fans held by many in authority in that era. Especially of fans who liked to stand. And especially of fans from Liverpool. It was in this context, at 3.30pm on Monday 17th April 1989, less than 48 hours after the full scale of the tragedy had become clear, that Home Secretary Douglas Hurd stood up in the House of Commons to make a statement.

He reported on the events at Hillsborough, before adding:

“However, we need also to take a wider view. The Government believe that the future of football in this country lies in a national membership scheme in designated grounds and now, it seems, also in providing all-seated accommodation at major football clubs. This would involve the disappearance of terraces at those grounds.”

A day before Lord Justice Taylor even began his inquiry and a full ten months before its findings were presented, old Etonian and 3rd generation Tory MP Hurd was thus immediately proposing a standing ban, along with ID cards, as a means of cleansing football of the sort of fans described so floridly in the hours before as “beasts” and a “tanked up mob”.

Later that afternoon the aforementioned Bernard Ingham was briefing journalists in Downing Street. His minute of that meeting – once again, it should be noted, before Lord Taylor had even begun his work – records that:

“The Government took the view that all seated accommodation at major designated football grounds was necessary… Asked if the Government felt that the move might be unpopular with spectators, we replied that that remained the Government’s view.”

His use of the word ‘remained’ is telling, reminding us that a standing ban was already being spoken of enthusiastically as an anti-hooliganism measure by the Tory’s sports minister way back in 1981.

Meanwhile, in Liverpool people knew that Hillsborough was nothing to do with hooliganism and were calling for justice, for those responsible for the appalling crowd management to be made accountable, not for a ban on standing.

Four years earlier, it had been in a Liverpool pub that the Football Supporters Association had been formed to represent the interests of football supporters. Its campaign coordinator, Rogan Taylor, was a Liverpool fan. He still is. He was also at Hillsborough in 1989. In the FSA’s first newsletter after the disaster it wrote “there is nothing inherently unsafe in terracing; only in methods of crowd control which prevent easy escape in times of danger” and in its submission to the Taylor Inquiry, the Liverpool-based FSA wrote in May 1989:

“The question whether existing stadia should be required only to provide all seating accommodation receives, from a clear majority of football supporters, a resounding “No” in reply. The FSA is not aware of any evidence to suggest a link between reduced hooliganism and all-seater stadia; … There does not appear any reason either to think that standing on terraces is intrinsically unsafe.”

Words, indeed, that were subsequently echoed in a working party report for the Taylor Inquiry that concluded that “standing accommodation is not intrinsically unsafe”.

In their joint submission to the Taylor Inquiry they advised that:

“all-seater stadia are not the panacea many believe them to be [..] We believe that it is possible for spectators to stand and watch football safely.”

While recognising the desirability of upgrading grounds generally, the FA and the Football League consequently recommended a staged transition to 75% seated accommodation in the top flight, not a standing ban. But the Government listened neither to them nor to the FSA and proceeded with making provisions for the ban.

Queen’s speech: “An Act has been passed to counter hooliganism”

Later that year, on 16th November 1989, over two months before Lord Taylor published his report, the Queen’s Speech marking the closing of the autumn session of Parliament was delivered by the Lord High Chancellor. Her Majesty’s speech said:

“An Act has been passed to counter hooliganism at football matches in this country and abroad.”

This was the Football Spectators Act. It covered the introduction of the ID card scheme and made provision for the enforcement of a standing ban. It was “An Act… to counter hooliganism”.

Over two months later, on 29th January 1990, the Taylor Report was laid before Parliament.

When Home Secretary David Waddington stood up in the House that day to present its findings he represented a Cabinet that had little in common with football fans, let alone with working class, northern fans. None of his 22 Cabinet colleagues represented an English constituency north of the Midlands, certainly none in or near Merseyside, and all but two came from a privileged educational background.

In his speech that day, Oxford-educated Waddington referred to ‘safety‘ just four times. He spoke of crowd ‘behaviour‘ six times and of ‘hooligans‘ or ‘hooliganism‘ eight times, twice as often as ‘safety’. What he thought of football fans and what caused the Hillsborough disaster is clear for all to see.

That, then, was the background to the standing ban and how it emanated from the political thinking of the day down in London and was introduced as a measure to counter hooliganism. In part two I look at how Liverpool viewed the ban.