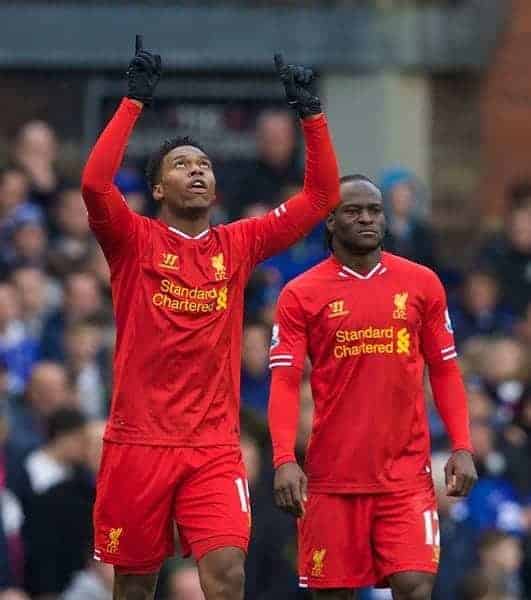 Everton and Liverpool shared the points in a classic Merseyside Derby at Goodison Park on Saturday lunchtime.

All six goals were conceded from set-pieces as the 221st meeting between the two didn’t disappoint the neutral football fan.

Luis Suarez gave the Reds the lead with an expertly taken free-kick eleven minutes later, but two goals from Romelu Lukaku in the second half turn the game Everton‘s way.

Daniel Sturridge, a second half substitute, headed a Steven Gerrard free-kick home in the 88th minute to rescue a point for Brendan Rodgers’ men.