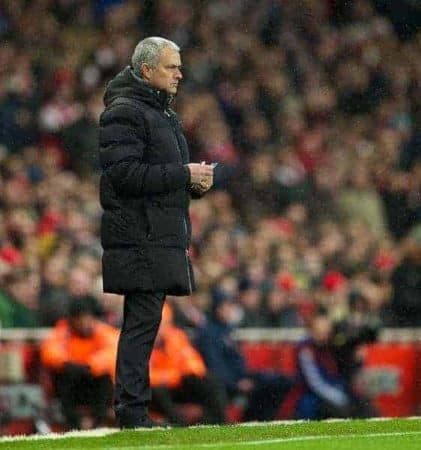 Chelsea boss Jose Mourinho says Liverpool’s relaxed fixture schedule for the remainder of the Premier League season could help them to win the title.

Liverpool have no European football this season, whilst the likes of Manchester City, Arsenal and Chelsea still have Champions League commitments this campaign.

The Reds slipped to fourth in the table after Boxing Day’s 2-1 defeat at Man City, and travel to Chelsea on Sunday in their final game of 2013. However, the Brendan Rodgers’ side are still just three points off league leaders Arsenal.

Ahead of the weekend’s meeting between the two sides a Stamford Bridge, Mourinho was quoted by BBC Sport as saying, “They are not involved in the heat of the knock-out situation in the Champions League or even Europa League.

“Quality, plus ambition and this advantage – so yes, (they could win).”

Liverpool will also be hoping for a fair FA Cup run to be afforded the luxury of resting some of their first-team players even further.

The Reds face Oldham Athletic in the third round of the Cup next Sunday, 5th January 2014.

Chelsea vs Liverpool gets underway at 4pm on Sunday, 29th December 2013. It’s live on Sky Sports 1.