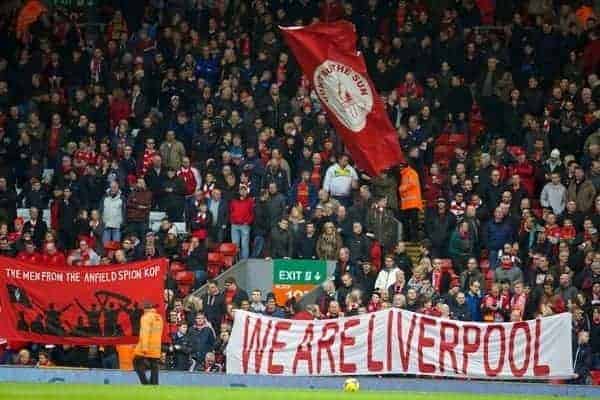 Liverpool fans left Anfield in a confident mood on Saturday after seeing the Reds score their ninth goal of the week and leapfrog Manchester City and Chelsea into second place. The 4-1 win over West Ham wasn’t pretty throughout the game, but Liverpool defended well and clung on to a flattering scoreline.

Liverpool are now second in the Premier League, just four points behind Arsenal, who play Everton at 4pm today.

Fans and players also took to Twitter to discuss the performance against the Hammers.

Here is a round-up of some of the tweets that caught our eye. Let us know your thoughts on Saturday’s win over Sam Allardyce’s men in the comments below, or on Twitter @thisisanfield.

Very happy to have scored my first goal for #Liverpool this afternoon. A great victory ! Thank you everybody !! #LFC pic.twitter.com/qnAcyAeV1a

Have to say Liverpool's work-rate 2nd half was excellent,improved fitness levels since the start of the season looking evident. No let up.

West Ham briefly threatened a comeback but once Lucas & Allen reasserted control in midfield #LFC were able to take the game away from them.

Full time, 4-1. Thought we were in for a hairy time after Skrtel's OG, but we responded well & buried the game #YNWA

Made up for @NathaLFC she travelled all the way from Jerusalem to Liverpool, saw a Suarez master class and the reds hammering the hammers.

Thanks so much 2 @LFC for hosting my family and I today. Fun day! Gracias!! pic.twitter.com/gGCrCM64Hd

I like the way LFC is picking up points under the radar. If they take a healthy cushion over Spurs and MU into 2014 we could be back in CL.

I know I'm biased but I think Raheem Sterling has massive talent and can be an excellent player for Liverpool. Amazed at the criticism

Feels like the Spurs game is a massive one for #LFC. If we can get a result it sets us up for a tough Xmas period. Will give us belief.