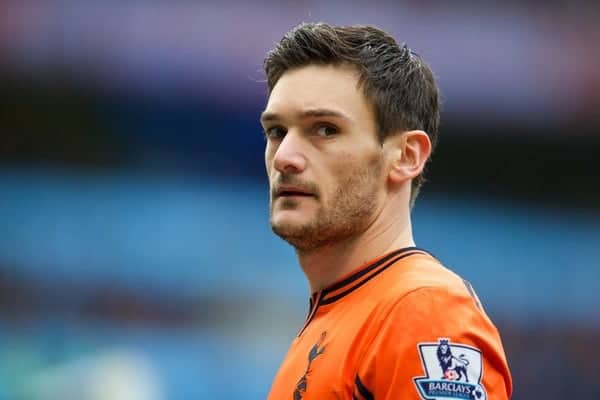 The Reds travel to White Hart Lane to face Tottenham on Sunday, in a vital clash for both in their quest for Champions League qualification this season. Henry Jackson selects his current combined XI between the two sides: do you agree? Simon Mignolet has had a terrific season for Liverpool but, despite his undoubted ability, Lloris is one of the top five ‘keepers on the planet at the moment.

The 26-year-old, who is the captain of France, is a great shot-stopper, is hugely consistent and is quicker off his line than anyone in the world.

The 29-year-old has his faults, but he still gets the nod ahead of his rival for England’s right-back spot ahead of next summer’s World Cup in Brazil.

Johnson is terrific going forward, and when he’s out his influence on the side becomes even more apparent. Many criticise his defensive work, but he has improved vastly in that area. He is better than Walker in both aspects.

The Slovakian looked set to leave Anfield in the summer, but he has responded brilliantly with a string of impressive performances this season.

The 28-year-old has become arguably the first defender on Brendan Rodgers’ team sheet, combining brute power with an excellent reading of the game. Michael Dawson is a good defender, while Vlad Chiriches has also been excellent for Andre Villas-Boas’ side, but Skrtel is the most dominant of the three.

Agger seems to have fallen out of favour with Rodgers of late, but the Liverpool vice-captain is still a top class centre-back.

There are not many better ball-playing centre halves in Europe, and the big Dane simply oozes class. Mamadou Sakho comes close to making the side, but, like Chiriches, he hasn’t quite played enough to merit it yet.

If either side had a fantastic left-back, Vertonghen would start in the centre, but they don’t. It might not be the 26-year-old’s best position, but he’s more than capable of playing there.

There are not many better defenders in the Premier League at present and, like Agger, the Belgium international is classy on the ball but also superb at the more ugly elements of defending.

Gerrard may be 33, but he is still the best midfielder at either club. His hamstring injury could cost Liverpool dearly over the next month or two, and the authority and quality he brings to the side remains unrivalled.

The England captain is adjusting well to his deep lying playmaker role in the side, with his vision and set piece deliveries a constant threat to the opposition.

Dembele hasn’t had the most brilliant season by all accounts, but on talent alone the 26-year-old gets the nod ahead of the likes of Lucas, Sandro, Jordan Henderson and Paulinho.

Superb technically and blessed with the ability to glide across the pitch with the ball at his feet, the Belgian is a key player for both club and country. His defensive work is also very underrated.

The Brazilian has been a superb saving for Spurs; an old fashioned “box to box” midfielder, adding strength to the midfield. A trio of him, Gerrard and Dembele would compliment each other well.

The diminutive Brazilian is a potential superstar in the making, and in the current absence of Gerrard and Daniel Sturridge he is an absolutely vital player for Liverpool.

The Brazilian has fantastic vision, is a great dribbler and chips in with a fair share of goals too. At 21, he will only get better.

Spurs have the likes of Christian Eriksen, Gylfi Sigurdsson and Andros Townsend in their ranks, but they are either not featuring enough- in Eriksen’s case- or not on the same level as Coutinho.

Sturridge has been a revelation since moving to Anfield in January, scoring 22 goals in just 30 appearances for the Reds to date.

His partnership with Luis Suarez has been devastating, with his pace, trickery and lethal finishing helping inspire Liverpool to 2nd in the Premier League table. His absence until the end of January through injury is a huge loss to the side.

The 26-year-old has been in astonishing form since returning from suspension, including one of the all-time great Anfield performances against Norwich earlier this month.

The Uruguayan does things on the ball that most players are simply incapable of, and his work rate off the ball makes him an even more special player. Roberto Soldado never stood a chance of making this side, did he?

Who would you have in your combined Liverpool and Tottenham XI? Where do you disagree with me?