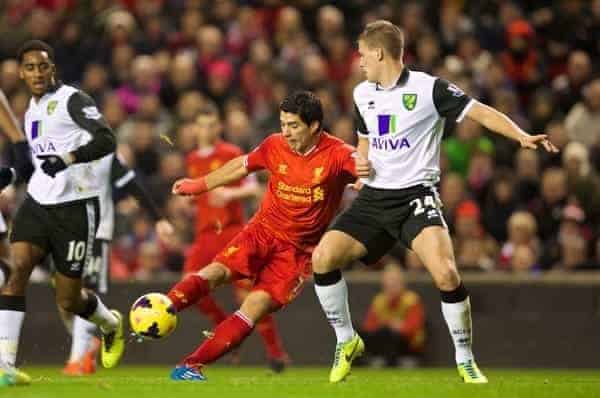 Luis Suarez’s four goals against Norwich City on Wednesday night took his tally of hat-tricks against the Canaries up to three, in just four games.

[table id=20 /]They say strikers have a team they like to play against, and Suarez has well and truly found his in the side from East Anglia.

Even in between his three hat-tricks, Suarez scored one more during Liverpool’s 5-0 rout of Chris Hughton’s side at Anfield last in January.

Liverpool vs Norwich Match of The Day Highlights from moLFCstar on Vimeo.