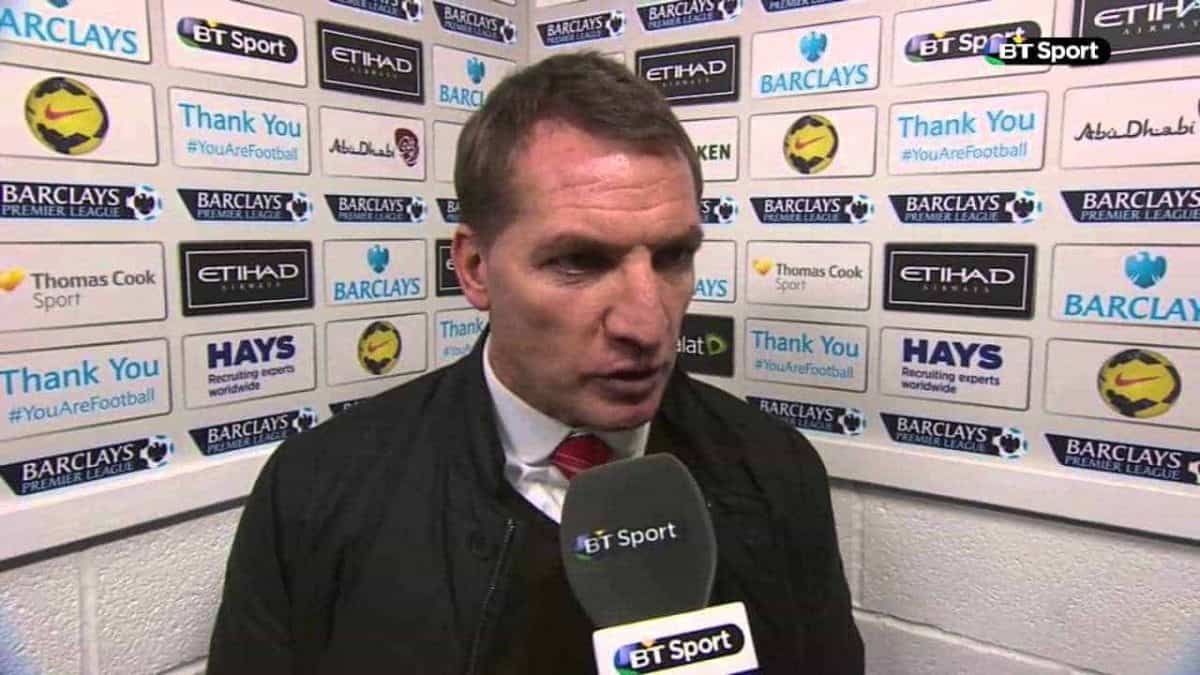 Liverpool boss Brendan Rodgers has been hit with an £8,000 fine for criticism of referee Lee Mason in the aftermath of the Reds’ 2-1 defeat at Manchester City last month.

Rodgers told the BBC after the game at the City of Manchester Stadium, “Hopefully we won’t have a Greater Manchester referee with Liverpool-Manchester games in future.”

Rodgers had been upset at a number of decisions made and missed by the officials in the loss at the Etihad Stadium and questioned why a referee from Greater Manchester had been appointed for a match involving a Manchester side.

The Northern Irishman admitted the charge on Wednesday, and was today warned about his future behaviour.

Hopefully it means Liverpool won’t have that terrible referee from Greater Manchester for a while.