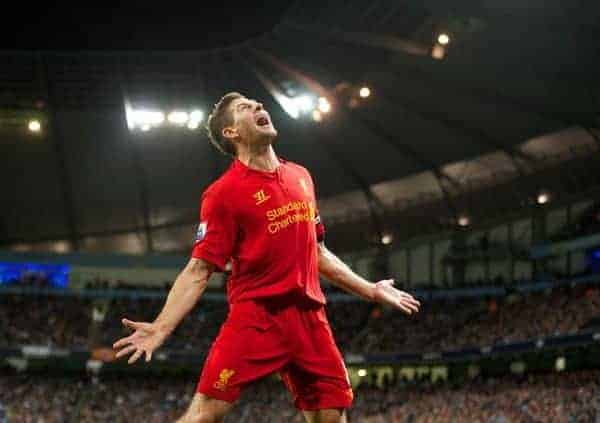 The Road to Wembley starts today for Liverpool as Brendan Rodgers names a makeshift line-up to face Oldham Athletic at Anfield on Sunday afternoon.

Captain Steven Gerrard starts in his bid to return to full match fitness following a hamstring problem, whilst Spanish youngster Luis Alberto accompanies him in midfield.

Both Victor Moses and Raheem Sterling join Iago Aspas in attack, with Luis Suarez rested on the bench.

The two sides met in the fourth round of the competition last season, with Oldham knocking the Reds out at Boundary Park.

Should Liverpool make it through to the fourth round of the Cup, they will face the winner of Bournemouth vs Burton away.

Liverpool vs Oldham gets underway at 3pm and is not live on television in the UK.