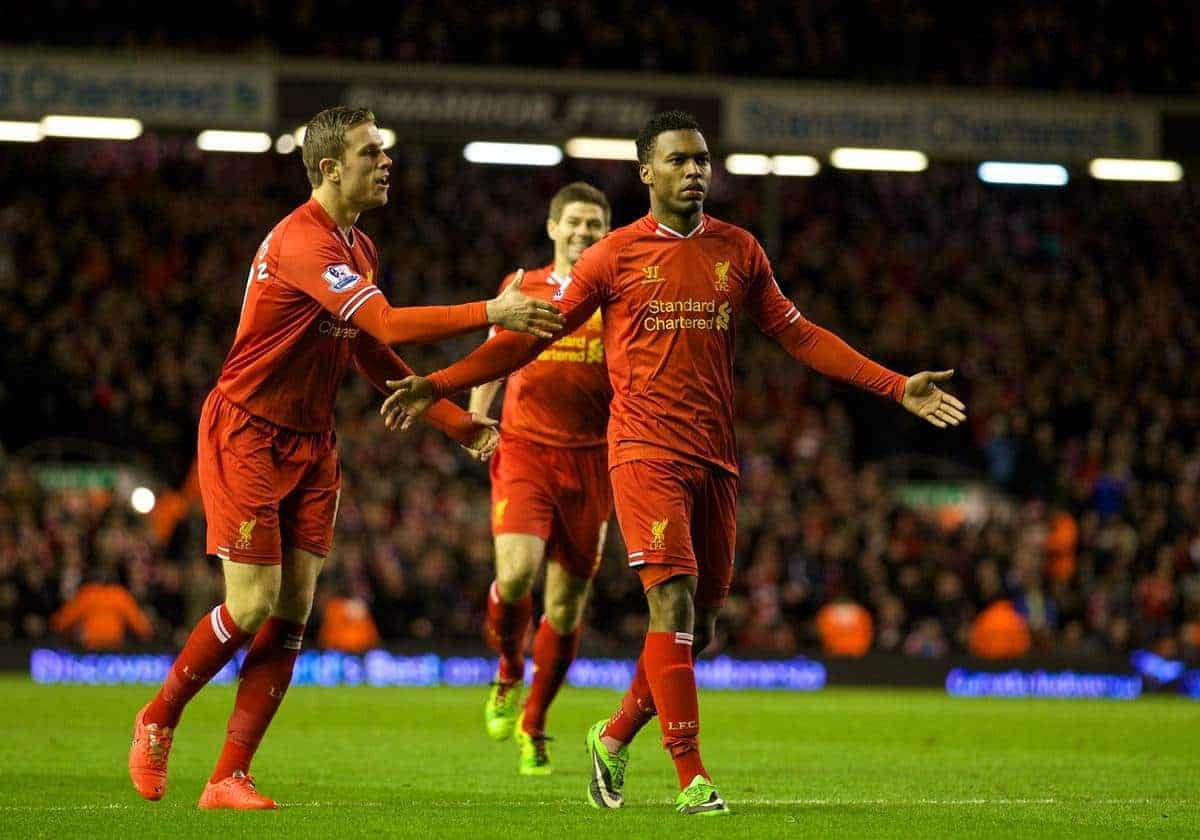 Liverpool earned another huge three points in their quest for the title, but it was far from plain sailing for Brendan Rodgers and his side. Henry Jackson (@OnFootballTweet) rates each Reds player on the night. The Belgian was fairly untroubled throughout, but did make a decent save from Connor Wickham’s deflected effort late in the first-half. Distribution a little shaky at times.

A very poor performance from the 29-year-old, particularly in the opening 45 minutes. His passing was extremely sloppy, and he slipped back into the form that earned him so much criticism before his injury.

Another solid performance from the Slovakian, who kept Sunderland‘s attackers quiet from start from finish. Stood tall in the nervy final minutes too.

Like Skrtel, Agger was relatively untroubled, and always looked calm and collected on the ball. Not always as convincing defensively as his defensive partner, however.

After a poor display against Cardiff on Saturday, the young Englishman bounced back with a solid performance. He was guilty for losing Ki Sung-Yueng for Sunderland‘s goal, however. The skipper was faultless in possession, controlling the game from his deep midfield role and spraying some wonderful passes around. With Anfield nervy, it was the 33-year-old’s stunning free-kick that put the Reds on the road to victory.

Allen showed endeavour, and played with more adventure than he sometimes does. Still guilty of not influencing games enough and occasionally lacking strength, but there are definite signs of improvement in the Welshman’s game.

Against his former side, Henderson added plenty of drive and dynamism to Liverpool’s game when they were struggling in the first-half, and he always kept the ball ticking over. A hugely important member of the team now.

PHILIPPE COUTINHO- 8 (Man of the Match) The Brazilian was superb, especially in the opening stages of the second-half. His balance and creativity is a joy to watch when in full flow like this. Still very raw, but the 21-year-old is a sublime talent. Needs to add finishing to his game!

The Uruguayan produced some brilliant touches as always, and his hold up play towards the end was excellent. Although not at his all-conquering best, he won the free-kick that led to Gerrard’s opener and was always dangerous.

Wasn’t firing on all cylinders in the first-half, but like Suarez, it’s impossible to keep him quiet all game. Produced a very fine finish to score his 20th Premier League goal of the season.

The 19-year-old added fresh legs to the side, and worked hard to thwart Sunderland‘s attacks.