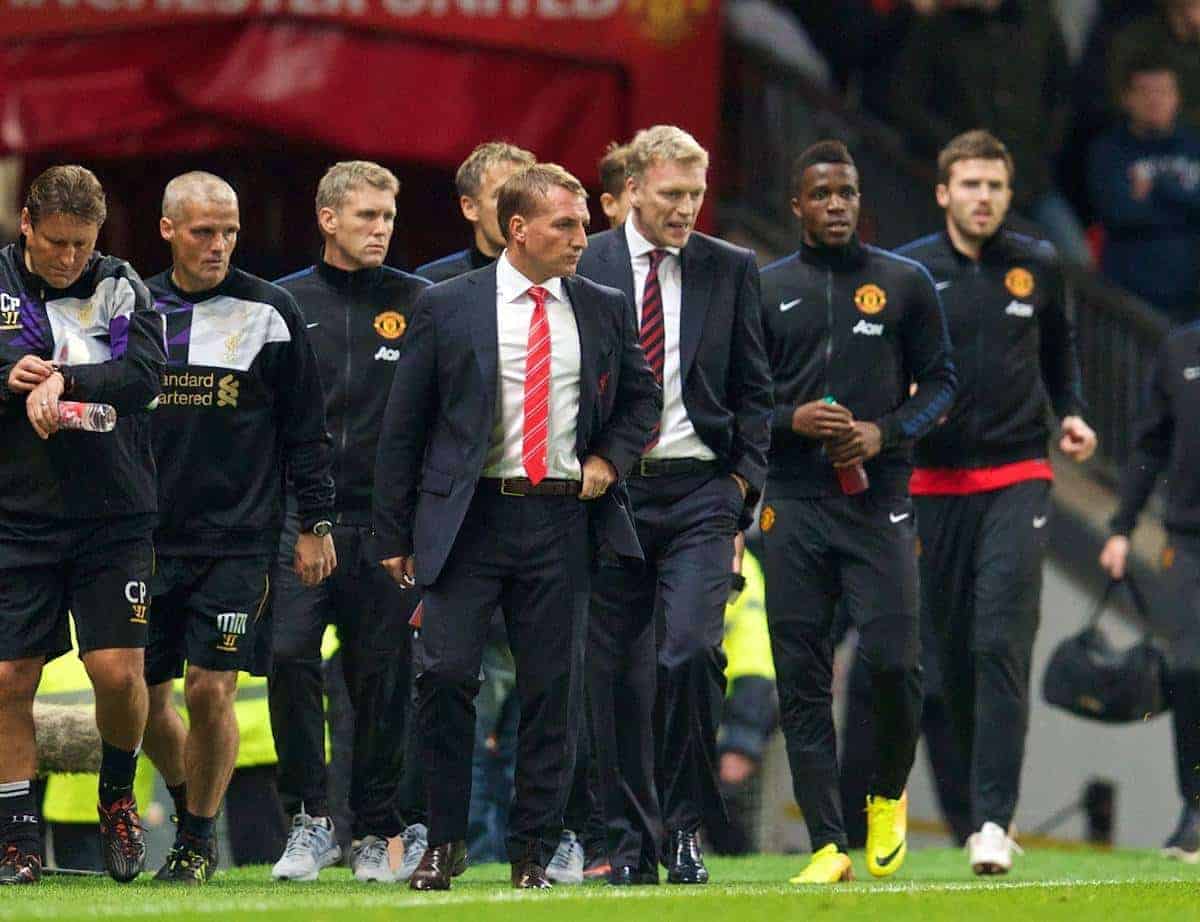 As new eras begin for both clubs, Tom McMahon uses an ancient Chinese concept to demonstrate how different Manchester United and Liverpool are, yet how their fortunes are so interconnected.

In Chinese philosophy, the Ancient Chinese concept of Yin and Yang demonstrates how contrary forces in the universe are interconnected and help give rise to each other. The curves and circles of the Yin-Yang symbol imply a rotational movement, the ways in which Yin and Yang are mutually-arising, interdependent, and continuously transforming, one into the other. There are four main aspects of the Yin-Yang relationship:

1)  Ying and Yang are polar opposites: The two elements act as a dichotomy, despite the pair sharing similarities of belonging to the greater ‘whole’.

2) Cannot exist without each other: Just as a state of total Yin is reached, Yang begins to grow. Yin contains seed of Yang and vice versa.

3) Mutual consumption of Yin and Yang: The dynamic levels of Yin-Yang are continuously changing. When Yin and Yang are out of balance they can have an effect on each other – too much of one element can eventually weaken the other.

4) Inter-transformation of Yin and Yang: One can change into the other, but it is not a random event, happening only when the time is right. For example: Spring only comes when winter is finished.

Whilst this concept is philosophically enlightening, how does the Yin-Yang paradigm have anything to do with Liverpool’s upcoming clash against Manchester United whatsoever?

After Shankly’s Liverpool and Busby’s Manchester United locked horns in the 1960s, with both clubs sharing domestic titles across the decade, the decline of United in the 1970s and 1980s was met with Liverpool’s most successful period in the clubs history. However – after 20 years of success – it seemed that the time ‘was right’ for Manchester United to rise once more in Liverpool’s place, with The Red Devils ‘knocking Liverpool off their perch’ from the 1990s onwards.

20 years later and history seems to be repeating itself once more.

Liverpool, after 24 years without a
league title, are challenging for the main piece of domestic silverware once again. After nearly 5 years without Champions League football and a spell of mid-table mediocrity, the team are currently playing with real pizzaz; only Chelsea separate them from the top of the table. The team is youthful, plays attacking exciting football and is pioneered by a young Gaelic manager with a natural gift of man-management and ability to utilise players’ 1 v 1 ability.

30 miles away, the narrative is quite different.

Manchester United, having just lost their wise Gaelic manager with a natural gift of man-management and ability to utilise players’ 1 v 1 ability, are in a period of decline. The club are looking at a spell of mid-table mediocrity, with a Champions League spot out of the realms of realism. The team is old, plays dull uninspiring football and is pioneered by an old manager who struggles with the man management of his star players and plays with a rigid, conservative approach.

There is a somewhat intrinsic and antithetical relationship between the two clubs. When one faces periods of success the other faces periods of decline. The pair are polymerised by socialist values, decorated histories and widely supported fan-bases – united by a tragedy which deeply affected both clubs. Even the club colours – red and white and red and black – show an unnerving similarity to the Yin-Yang concept.

With Liverpool departing to Old Trafford in the derby match against Manchester United next weekend, there is an ironic slant to what’s at stake for the two clubs. Liverpool enter the clash as favourites, hoping to gain three points to bolster their title hopes while Manchester United want to cause an upset to provide a silver lining to an otherwise disappointing season. Let’s be honest, how often has the opposite been the case?

Regardless of the result, there are reasons to be optimistic for Liverpool fans. Like Bob Paisley and Alex Ferguson acted as catalysts for Liverpool and Manchester United respectively, Brendan Rodgers appears to be propelling the club to a dynasty of domestic and European success. Manchester United meanwhile, despite their wealth and leverage, are facing a crisis that does not appear to be a short-term fix. Can the clubs co-exist and share titles once more? With the rise of the capital giants of Manchester City and Chelsea, it appears difficult for United and Liverpool to both be front-runners for the title season-on-season.

As Ancient Chinese Scholars concepted, the dynamic dichotomy of Yin and Yang continues. And maybe, just maybe, the time is right for Liverpool to rise back to their perch once more.