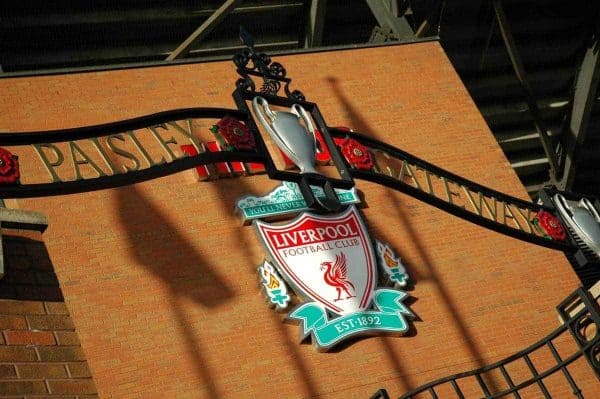 Si Steers provides an assessment of the Liverpool’s finances following the latest set of accounts being revealed earlier this week. The future looks bright despite a headline loss.

The club has posted another loss of almost £50m, which at face value doesn’t paint a great picture, but its what sits behind the loss that are the real indicators for the financial health of the club.

When FSG acquired the club in 2010 they made a clear commitment that they would lead the club on a journey of self sustainability, and that means profitability that can be used to grow the club both on and off the pitch. A great deal of work has been going on behind the scenes to realise that vision, and the foundations are now very well set.

In the latest set of accounts revenue is at £206m, growth of just over £20m in three years isn’t really that impressive on the face of it given the commercial potential and worldwide fan base of the club, but when you consider that figure isn’t inflated by Champions League revenue, it is more like £50m of organic growth in just over three years. That’s impressive.

To put that into context, that’s £50m extra we are earning year on year without a reliance on Champions League football since FSG took over, or two world class players. And the most recent figures are now 18 months old and don’t take into account recent deals with Dunkin Donuts and Garuda Airlines for example.

What FSG have done brilliantly is transform our commercial dealings, we now have a wide range of international parties tied into lucrative contracts that all contribute to our revenue.

Revenue is a really strong indicator of financial health, and we sit 5th behind the other Champions League clubs in England for total revenue, and we are the highest ranked side not in the Champions League in the Deloitte Money League. We are also growing revenue at a rapid pace through being smart in the commercial space.

When you consider the constraints of Anfield and the lack of Champions League football (both inherited and complex issues) the increase in revenue from 2010 is a clear sign of a club heading in the right direction.

The best thing about our revenue is that we have been able to build and sustain a team that is competing at the top end of the league without Champions League money.

So why are we making a loss?

The club and owners will be advised by very good lawyers and accountants on the best way to present the clubs accounts. The financial story of the club has many facets that include complex calculations around player depreciation, book value and debt.

One of the real positives from this set of accounts is that the clubs bank debt is now at £45.1m, which to put into context is a quarter of the clubs total revenue, a very manageable amount. There is also debt on the books from two intercompany loans that FSG have injected to clear some of the legacy debt from the previous regime. But in reality, those loans are an injection of cash to help the club progress towards financial health.

The losses from the last two sets of accounts do raise some questions about whether the club is set to meet FFP requirements, but there are a number of exemptions that are included (likely including stadium costs which make up almost £40m of losses), and FSG are smart enough to navigate FFP requirements whilst posting losses with the intent of getting the balance sheet into profitability.

There is also the legacy of bad player contracts that is still having an impact on the wage bill. The wage to revenue ratio is now at a more manageable 63% (down from 70%) of total revenue, but it is still too high. A ‘healthy’ wage to revenue ratio is between 55-60%, and as revenue rises and players like Pepe Reina and Glen Johnson are moved on or offered more sensible contracts that will fall further.

FSG don’t escape criticism here either, the spending in 2011 has had a big impact on the balance sheet as the club has had to take big losses on players like Andy Carroll and Stuart Downing. The book value of players also depreciates year on year which contributes to the balance sheet.

Under FSG we haven’t been great at player trading out of the club so far, and that’s something they will want to get right in the future. It also in part explains the clubs transfer strategy, rigidly sourcing value. By overpaying for somebody like Andy Carroll, it can have a big impact on your profitability.

That said, I think in football at the top end of the market you do need to take a considered risk on occasion, and the club needs to make sure it finds the right balance between prudence and progression on transfer strategy.

One thing that will be at the forefront of the minds of the owners is the cost of stadium redevelopment. It is likely that the club will need a loan in the region of £100-150m as a bank loan to fund redevelopment.

Before the club takes on that commitment, they will want a clean balance sheet so that the debt doesn’t act as a barrier to progress on the pitch.

Why do the finances matter?

The accounts matter as the amount of money we earn as profit has a direct correlation to progress on the pitch. The accounts provide an important context going into transfer windows and give some idea about how much we can invest in the squad.

They also provide an important reference point when talking about topics like ticket pricing.

There are so many facets that make up the clubs financial story, and the headline losses in recent accounts are a potent reminder that the club is still playing catch up after a long period of financial mismanagement.

But the story is improving year on year, we have a very sustainable structure in place that is focused on getting value for every £1 we spend, we aspire to build a world class academy that can provide world class players, and we are taking every opportunity to generate new revenue streams that can impact our affordability on fees and wages at the top end of the transfer market.

Finances at a football club matter because they provide much needed context, and they act as part of the metric of progression.

Whilst we have seen a loss this year, finance has not impacted our ability to compete at the top end of the league. In the summer John W. Henry made the decision to stand firm and keep hold of Luis Suarez, despite a £40m release clause. In similar situations Arsenal have taken the opposite approach (selling Robin van Persie to a key rival for starters).

Henry may well be rewarded for his decision with Champions League qualification this year (or if the wind blows in our favour, a league title). But from a purely financial standpoint, £40m in the bank would have looked better on the balance sheet. Henry knows that he has to play the long game to succeed with Liverpool, and won’t take short-term decisions if he knows it is going to hinder long term gain.

When Luis Suarez signed his new contract in the autumn, it was an investment in ambition. With a wage bill that is 63% of total revenue, sanctioning a £200k week deal once again is putting progress ahead of economics.

It’s a balancing act, and one that needs strong leadership and clear vision. We haven’t had the success we would like at the top end of the transfer market in recent windows, but we have been prepared to invest in large fees, the club are in a position where they generate healthy revenue, but its not a black hole and the intention not to deficit spend (build up debt) is exactly the right one.

What the accounts tell us is that we are a club with an eye very much on the present, but also an eye on the future. We are building a financial foundation that can manage the cost of stadium redevelopment and investment in the team, whilst operating within FFP rules.

The fact we have been able to reach this point with whilst competing for the league title in just over three years of ownership are a good indicator the years of mismanagement prior to FSG will soon be a distant memory.

With a redeveloped Anfield and Champions League income the club has the potential to break the £300m revenue barrier in the next five years, especially with the current growth in the commercial space.

Everything the club does is with an eye on the long term, and I expect the latest financial figures are painting a picture by numbers that is part of that process.