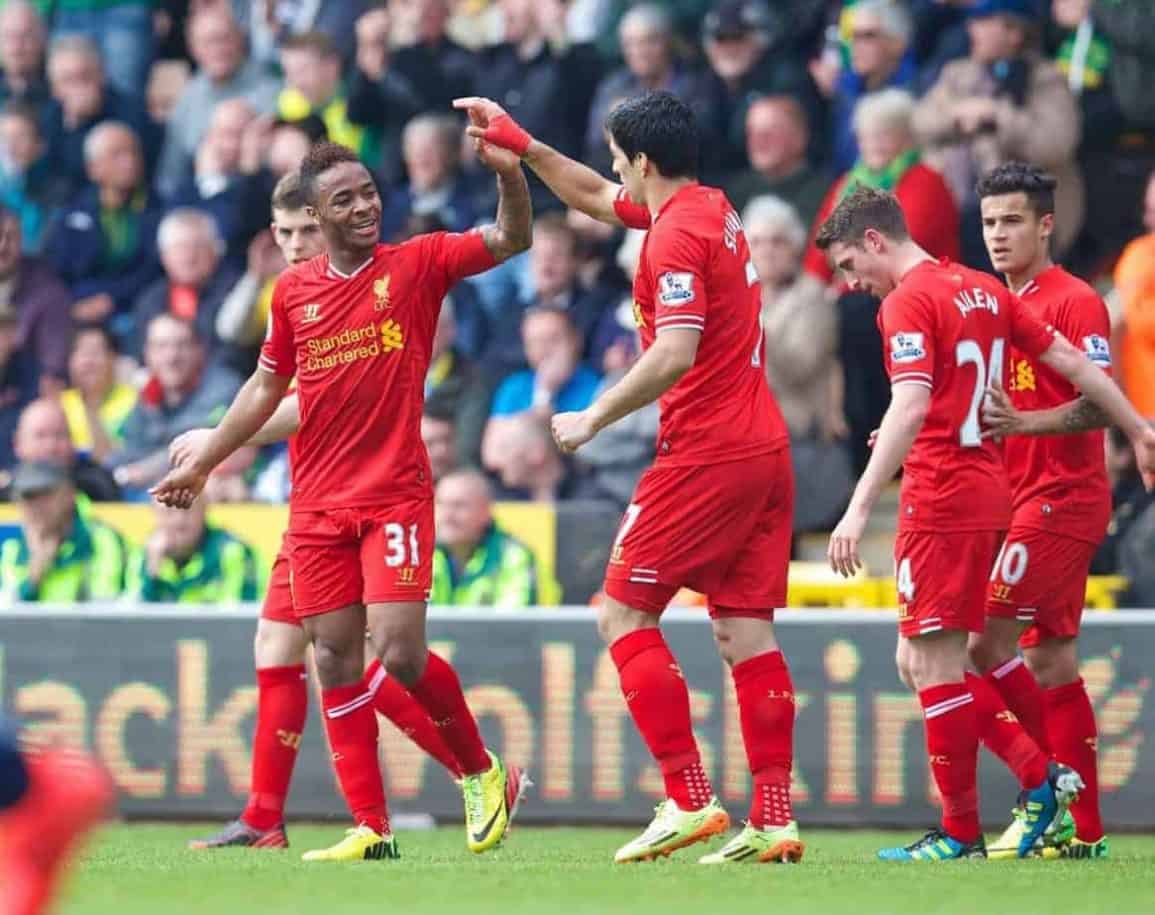 Neil Poole revels in the excuses being made, as Liverpool’s detractors batten down the hatches and prepare for the fallout from a possible 19th league title.

Football has a nasty habit of stripping you of your principles. The self loathing kicks in when you have the epiphany that what you’ve just said is exactly what the clueless supporters of ‘other’ teams would say. When Manchester United marched to their 20th league title last season my tongue recoiled in horror as it conspired in creating the words, “They’ve only won it because the league is so poor.”

I’d left myself down, my dad down, Baby Jesus down…

It’s irrelevant whether this was true or not because it changes nothing. Manchester United had just won their 20th league title. Make no bones about it; every time a Manchester United fan heard the desperate caveats to their victory, they rolled around laughing their cocks off. The clutching of straws by opposing supporters attempting to demean their achievements would have been met with a gleeful cocktail of ‘Friends’ speak and northern colloquialism, “Could I be less arsed?!”

Remember when everyone fell over backwards to belittle our Champions League triumph in 2005? It just made it all the sweeter. Every mention of a ghost goal or only having one thing to play for (sound familiar?) simply elevated us to the higher moral ground as those around started sinking in their own shit. Count the cups losers!

Come 2014, as our title charge has gathered momentum so has the increase in the over eager explanations of people trying to rationalise how their superior footballing know-how didn’t see this coming. We haven’t won the league. We still might not (we will). However, the pre-empted excuses are so ubiquitous and have arrived so early, it’s reminiscent of arriving at Anfield 2 hours before kick off in the 1980s to ensure a good view of the inevitable victory. It’s a clear indicator that our detractors are psychologically preparing themselves for the worst. And in the words of Keegan ‘I love it.’

I’ve donned a rubber glove, plunged my hand into the bucket of amusing swill called ‘Liverpool’s Non Existent Parallel World’ and from amongst the mass I’ve randomly pulled out this gem by Gus Poyet from a few weeks back:

“Without Suarez, they would probably be in mid-table.”

Yes, Gus and if my Auntie had bollocks she’d be my Uncle.

Surprisingly though my Aunt doesn’t have bollocks and therefore isn’t my Uncle. Similarly, we aren’t without Suarez; we’re very much with him. So all that’s happened there is the breath of Gus’s words have contaminated the air with Carbon Dioxide, added to global warming and we’re all now going to burn. Thanks Gus! And to be honest Aunty Gus is being such a shithouse in that quote that he still has to throw a ‘probably’ into an argument that no one can legitimately prove or disprove. At least have the courage of your convictions matey.

I switch off when footballing arguments are based on alternative scenarios that haven’t happened or aren’t currently happening. My poor diet means I’ll be lucky to meet average male life expectancy so I genuinely haven’t got the time to get involved with a discussion based entirely on evidence that hasn’t existed and doesn’t exist. Sometimes there is a value in playing in devils advocate and offering a different slant on the reality, but in football these are rare. There are few people out there genuinely asking you look at things from a different perspective. However, there are plenty of bitter bastards firing barbs which just expose their own inadequacies.

Which moves me neatly on to Jose Mourinho. Mourinho has never made me angry. He’s a clown. He’s also a parody of himself. His latest claims that he would rather play a weakened side against us at the weekend have added to the clamour that we are being handed the league title on a plate. It’s fascinating to watch people trying to rewrite a history that has yet to take place. I’m pretty sure this is unprecedented.

I don’t claim this to be an original thought, and I have seen others articulate it, but the truth of the matter is that I cannot recall anyone at the beginning of this season season saying that we were nailed on to win the league because we weren’t in the Champions League. In fact all I can recall is being told that we wouldn’t make top 4. There’s so much moving of goal posts going on at the moment that the demand for Health and Safety manuals has so outstripped supply that’s it’s been done for indecent exposure.

Brilliant isn’t it! Our meteoric progress brings me so much pure happiness it’s untrue. The squirming of everyone else though brings me a sadistic delight. I can barely breathe with this virtual leather mask on and ball in my mouth. But it makes me feel quite giddy.