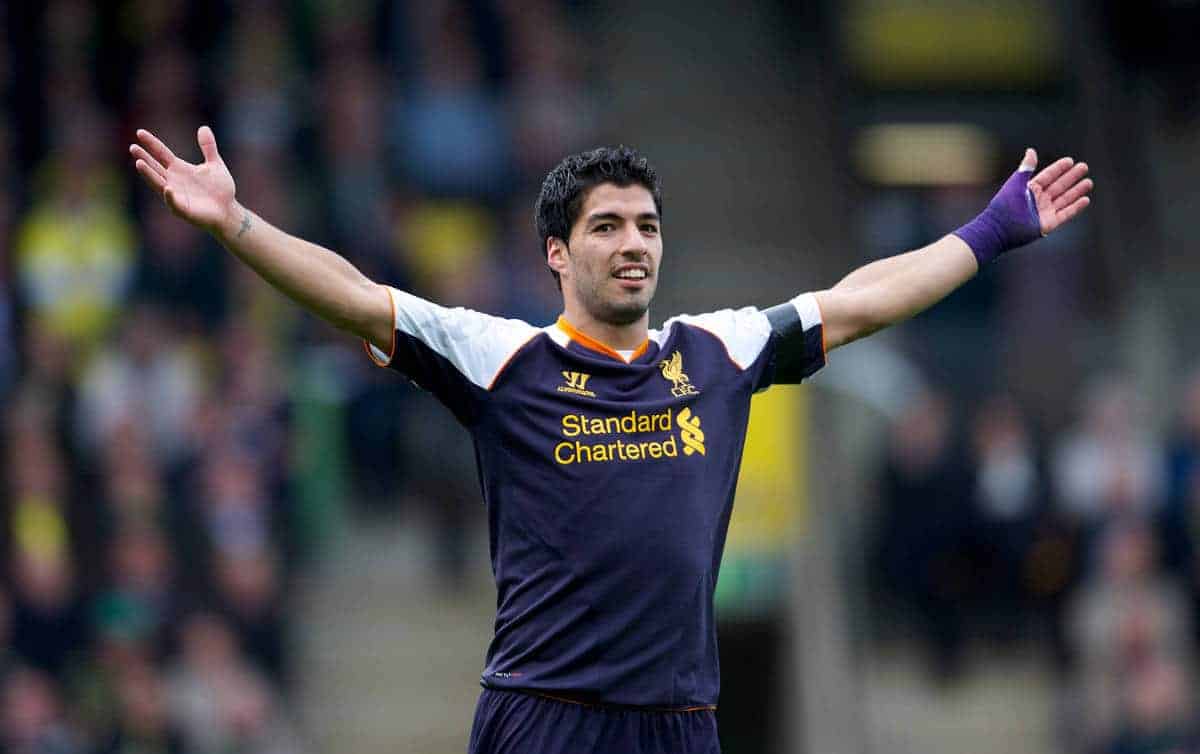 As Liverpool travel to Norwich City’s Carrow Road once again in this Sunday’s Premier League clash, Jack Lusby looks at the 5 most memorable games between the two sides.

The last game – until recent years – to be played between the two clubs in almost 10 years came in the 1994/95 Premier League season, as Roy Evans’ men near-enough consigned the Canaries to relegation, with few games of the campaign remaining.

An early goal from Steve Harkness – the Englishman’s first goal for the club – was cancelled out by Norwich’s Robert Ullathorne, and the Reds had to wait until the 84th minute before Ian Rush gave them the victory.

The Norfolk club were eventually relegated from the Premier League, and were not to return until the 2004/05 season, where they lasted just one campaign.

What was supposed to be a celebratory day for those involved with Liverpool Football Club unfortunately ended in a 1-0 home loss at the hands of John Deehan’s Norwich City side.

The final day of the old Spion Kop, Liverpool’s famous atmospheric terraced stand was set to be replaced with the now customary all-seated blueprint of the modern football ground following the Hillsborough tragedy.

The Anfield faithful were in full voice as Liverpool legends such as Billy Liddell, Tommy Smith, Kenny Dalglish and Ian Callaghan were brought onto the pitch, and a resounding ‘You’ll Never Walk Alone’ flooded the stadium.

Perhaps having not read the script, the Norfolk side shut out Roy Evans’ men, with a 35th-minute goal from Jeremy Goss taking the spoils.

However, this result seems secondary to the momentous occasion of the day, and this fixture will remain memorable as the final day of the celebrated Spion Kop.

The ScreenSport Super Cup is perhaps memorable in a fundamentally negative light, with the competition derided on its inception, its continuation, and ever since.

Founded to compensate for the lack of European competition for English clubs following the tragic events of the Heysel disaster, the Super Cup included clubs who would have qualified for continental qualification the previous season; in this case, this included Liverpool, Norwich City, Everton, Spurs, Manchester United and Southampton.

This semi-final victory propelled the Reds towards a final against their Merseyside rivals – a tie which would eventually take place the following season, such was the fallacy of this competition – and comprised an impressive performance from Kenny Dalglish’s men.

Goals from Kevin MacDonald, Jan Molby, and Craig Johnston cancelled out Norwich midfielder Garry Brooke’s second-minute strike to give Liverpool a 3-1 victory on the day, making the result 4-2 over the two legs.

Most memorable however, was the title trophy parade following the game, as Dalglish and Co. took a lap of honour after a Kenny Dalglish goal defeated Chelsea 1-0 at Stamford Bridge three days previous; the player-manager’s first title in charge of the the club.

The first game played out between these two clubs at Carrow Road in seven years saw Kenny Dalglish’s Reds run rampant, as they looked to make amends for a disappointing 1-1 draw at the hands of the newly-promoted Canaries in October 2011.

Naturally, this tie was made most significant by the first of many great performances from Luis Suarez against Norwich City.

The Uruguayan made the difference with his first hat-trick for the Reds, including a phenomenal long-range lob over a sprawling John Ruddy – the England international will not be looking forward to pitting his wits against the 27-year-old striker come Sunday. As if one hat-trick wasn’t enough, this season’s home fixture saw Suarez secure his third hat-trick against the Canaries, becoming the Norfolk club’s most formidable of individual advisories in recent years; the Uruguayan even made it one better in this tie, scoring four goals in total.

A long-range, dipping volley; a reflex effort from a corner; a rifled strike after some mesmeric trickery; a 30-yard free kick; this performance showed the full qualities of the talismanic South American.

Following the game, Liverpool captain Steven Gerrard opined that Suarez had now reached the level of the world’s best:

“I think he’s getting so close to the main two, Ronaldo and Messi. If he keeps going, I think he can catch them. His fourth goal was average and it was a 30-yard free-kick, so I think that sums his performance up.”

Do you agree with these selections? Will Sunday prove to be another memorable game against Norwich City? Let us know in the comments below.