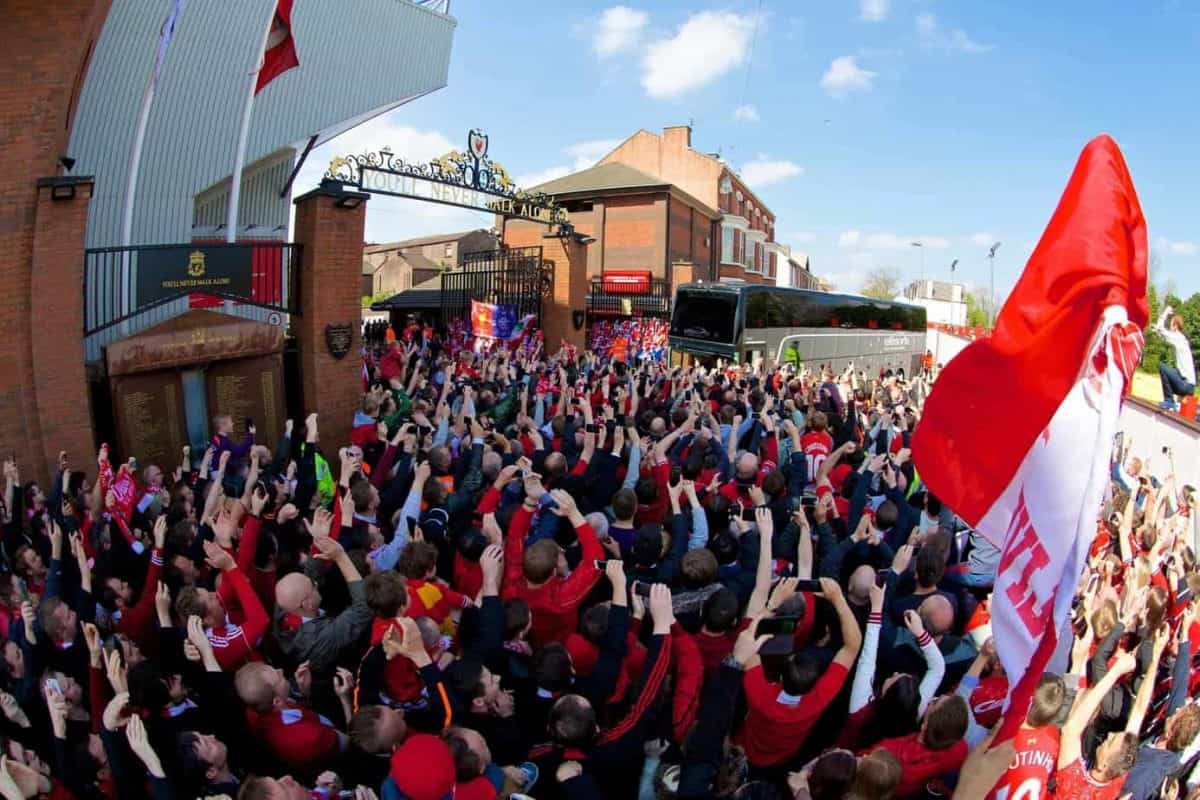 Park for the moment, if you will, the sheer malevolence of the dagger thrusted into Liverpool hearts as the final corner of the title race was turned on what seemed like square wheels.

I’m under no illusions that the bittersweet ending to 2013-14 will haunt right through the summer.  Like a parade of rival fans taunting about Gerrard sound-bytes (“This does not f***ing slip”), we’re going to feel the echoes every time we reflect upon Anfield’s latest football soap opera.  It feels like an epic age has passed since the drama’s opening act unfolded with the first defining plot-point as a new Belgian shot-stopper warmed Kop hearts with double-save dramatics in the first game vs. Stoke.

But once the dust settles, and time tends to the open wounds that grieve for the Premier League title-shaped void we all want filled on Gerrard’s trophy cabinet, we may just find upon reflection that the mirror tells an incredible story about Liverpool this season. A story where optimism and hope were central themes. Where the Anfield faithful sang about reclaiming the perch – and meaning it.  Where the tapestry weaved by Shankly’s spirit finally began to emerge to remind the elder fans and inspire the younglings.

Here’s my version of that short story of Liverpool. Represented in 7 myths, 7 alleged narratives that delighted us as they were busted for all the footballing world to behold.

1. Every player has his price (FSG are asset stripping)

It started before a ball was kicked. Luis Suarez’s flirtations with Real Madrid, and later Arsenal, seemed to take on more than just cursory romantic glances across a football pitch.  Many a word was written about the superstar’s importance to Liverpool.  Brave stat-men lamented Liverpool’s slightly better record without him (at the time).  And the braver even suggesting selling him made sense and that the money could finance more Coutinho and Sturridge-esque signings.  The cynics were convinced that FSG would cash in. After all, they’re not interested in the club’s long term future.  They’re asset stripping.  They’re concerned about the damage he’s done to the club’s reputation.  So yeah, sell the bastard.  Right?

In my piece on the topic at the time, I lamented that Liverpool shouldn’t allow a player the power to be larger than the club… unless they give it to him.  John Henry’s response to the saga’s peak as the exit road winded towards the Emirates was as emphatic and charming (to us, anyway) as it was unexpected.

The story didn’t end there. Not only did Liverpool keep their superstar, but “rookie” manager Brendan Rodgers had the audacity to confound body language experts by turning a clearly unhappy player into the league’s best player.  As opposed to giving into the notion that you need to sell your best players to your rivals…what a novel idea.

Stay tuned throughout the week for all 7 myths.

NEXT: Liverpool are a one man team