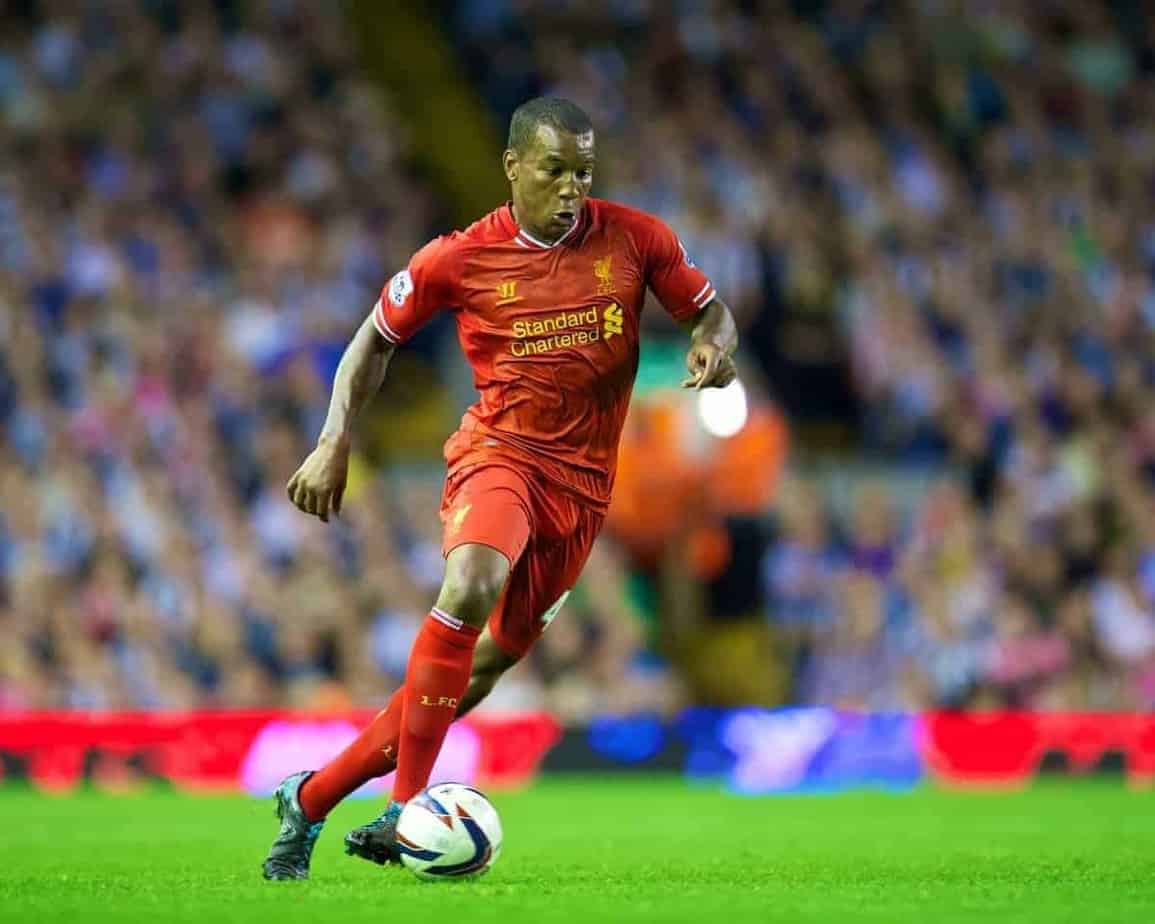 Following Derby County’s unfortunate play-off final defeat to QPR, Jack Lusby looks at the season of Liverpool’s on-loan defender Andre Wisdom and asks whether he can feature for the Reds in 2014/15.

Saturday’s 1-0 play-off final defeat at the hands of Harry Redknapp’s QPR at Wembley Stadium struck an unfortunate mark underneath an incredible season for Derby County.

Under a revitalised Steve McClaren, an exuberant young side showed immense bravery as they pushed for the promised land of the Premier League.

A late goal from veteran Bobby Zamora signalled the end of all hope for the Rams, but McClaren and his side can prepare for next season with much encouragement.

However, one player who may not be joining them for another jaunt is Liverpool’s Andre Wisdom.

Commiserations to @andrewisdom47x and Derby County after their 1-0 defeat to Queens Park Rangers at Wembley today.

The on-loan defender has been integral for Derby this season, and after impressing in a promotion charge, may be provided a chance under Brendan Rodgers at Liverpool next season.

Joining the Championship side in October of last year, the 21-year-old was unveiled to much fanfare—and great optimism from Reds fans.

Speaking to DCFC.co.uk on Wisdom’s move McClaren stated that “he’s at the stage of his development where he needs to play some first-team games.”

“We’ve had a few injuries in defence of late and Andre will bring extra qualities as well as more competition for places, which is always welcome.”

It is unlikely that Wisdom would have settle for a competitive squad role from the off, however, and the defender spoke to BBC Radio Derby following his debut with the Championship side.

Wisdom said, “I’ve come to Derby to gain experience, match time and fitness and, of course, to help Derby push for promotion. I see the players they have got here are of great quality and that they can achieve it.”

The defender’s best game for Derby this season came in a 1-0 victory over fellow promotion chasers Brighton at home in January.

As per Squawka, Wisdom won 89 percent of his defensive duels, including winning four out of five attempted tackles, two take ons, and both headed duels encountered.

The 21-year-old also made eight defensive actions—an impressive amount for a full-back—as McClaren’s men put their backs to the wall to ensure all three points.

After a slow start, Wisdom grew into the game, deployed in the right-back position.

In particular, the defender showed his pace with an intelligent recovery charge to deny Samuel Eto’o a chance on goal, and adeptly kept out the advances of a fluid attack featuring Oscar, Willian and Eden Hazard.

The majority of Wisdom’s strengths can be found in his defensive game, and the loanee has been a rock for McClaren’s side all season.

As per Squawka, Wisdom won 55 percent of tackles attempted and 57 percent of headed duels encountered; the 21-year-old also made an average of five defensive actions per game.

In going forward, a crucial aspect of a full-back’s game in modern football, Wisdom won a massive 82 percent of take ons attempted.

This is comparable to Liverpool’s full-backs for the 2013/14 season, and it makes particularly impressive reading when compared to perhaps his direct rival for the right-back position in Glen Johnson.

Wisdom proved himself to be an exceptional passer of the ball in a competitive league such as the Championship, in which less time is afforded on the ball.

Of players to have made 10 or more appearances, Wisdom was the fourth most accurate defender in terms of passing, with an 83 percent passing accuracy.

Furthermore, Wisdom made no defensive errors all season—the only Liverpool player to feature more than 10 times in the PL and not make a defensive error? Aly Cissokho.

One of the main weakness in Wisdom’s game is that he is hugely susceptible to committing fouls, making 34 throughout the 2013/14 season, suggesting that he has much to work on in terms of his decision making and his concentration.

However, under the man management of Rodgers, this is a detail that can easily be ironed out.

Asked following Derby’s 2-1 play-off semi-final first leg win against Brighton at the Amex Stadium, loyal Rams were hugely favourable in their appraisal of Wisdom’s season with the club:

@LusbyLatest first and foremost the fella can defend with discipline. Something the current Liverpool RB seems incapable of.

@LusbyLatest @dannyfernyhough he was excellent in play-off semi last night. Never let LM get wrong side of him. Composed in possession.

Composed in possession, with a supreme defensive ability—these qualities are aptly reminiscent of those that Rodgers would ask from his senior defensive charges.

Furthermore, as previously featured on this site, Ollie Wright of derbycountryblog.com gave a detailed analysis of Wisdom’s season from a fans’ perspective.

“Playing at right back, he has been as good as a third centre back in providing extra height and power in our side…Offensively as well, he has shown real aptitude,” Wright opined.

“I hope he is eventually able to make the step up into the Premier League.”

Glowing praise indeed, and as Derby unfortunately failed to achieve their Premier League status next season after play-off defeat to QPR on Saturday, perhaps now is the time for Wisdom to make the step up into the Liverpool first team.

McClaren stresses "squad effort" and is proud of his young players. Wants to keep #LFC's Andre Wisdom at the club for next season. @br_uk

Sam Tighe, of Bleacher Report, suggests that McClaren would like to keep Wisdom at Derby for a renewed promotion push next season, and there is no surprise why.

The Englishman has impressed significantly for the Rams this season, and has looked every bit the part under the stewardship of the former England manager.

However, with question marks over the long-term future of Glen Johnson at right-back, and with Rodgers’ defensive woes on the whole, it could be argued that there is a place for Wisdom in the Liverpool first team next season.

After impressing for Derby in the Championship, perhaps it is time for Wisdom to return and fight for his place in the Premier League.

Do you think that Andre Wisdom should feature for Liverpool next season? Let us know in the comments below.