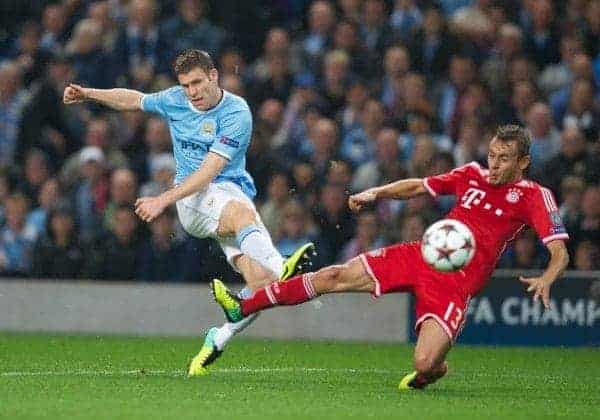 Liverpool are linked with a move for Manchester City midfielder James Milner, with the England international wanting away from the Premier League champions.

The Guardian explain in a report on Monday how Milner has made the decision to leave City in order to seek a move away in order to play more regularly.

The 28-year-old, part of England’s World Cup squad, has a year remaining on his contract at City and has reportedly told them he would rather run down his contract and leave for free if they do not allow him to move this summer.

“The player informed them last month of his decision and is strongly tempted by the interest from Arsenal and Liverpool” write The Guardian.

Arsenal are reported to be favourites for his signature at present, and Tottenham and Everton are also interested. Of Liverpool’s interest:

“Brendan Rodgers is another admirer but the Premier League runners-up have yet to decide whether to turn their interest into a firm bid as they weigh up other targets.”

Milner would provide experience to Liverpool’s squad, a player with title winning and Champions League experience. He’s also versatile and would add further to the core of English talent at Anfield.