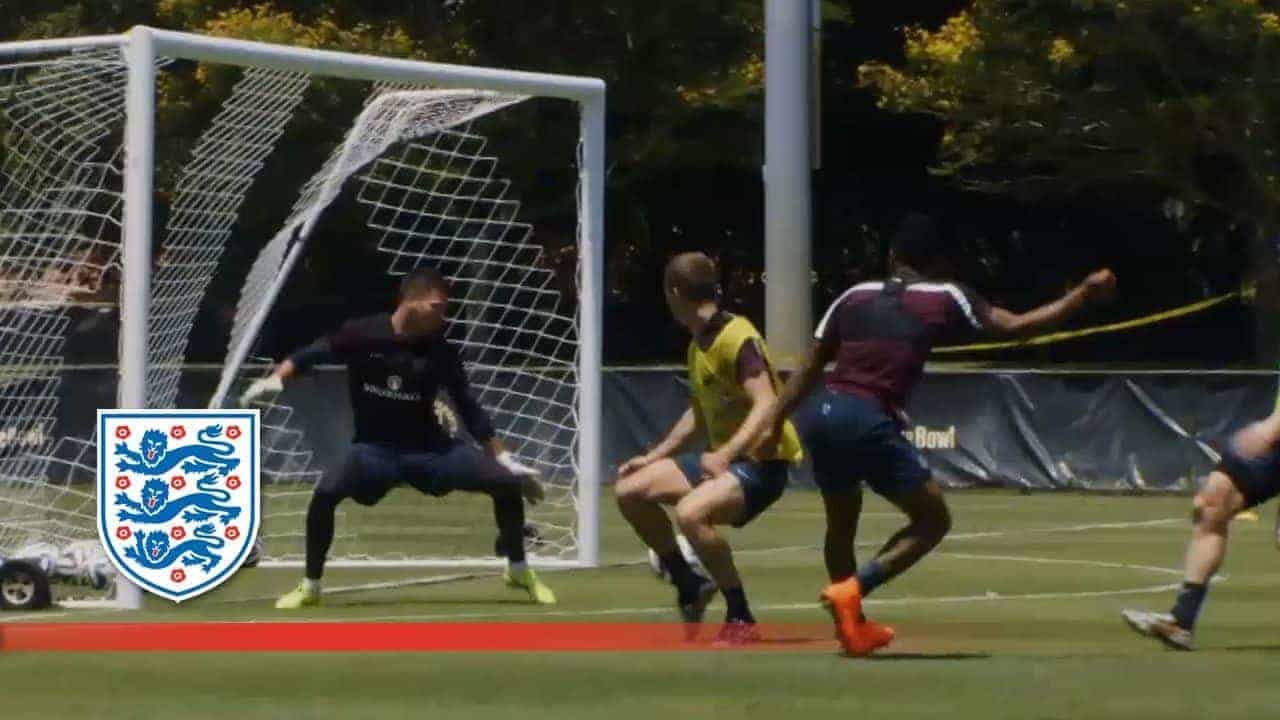 Liverpool’s Raheem Sterling may have been sent off, somewhat controversially, in England’s match against Ecuador on Wednesday, but his performances in training mean he is still in with a chance of starting their World Cup opener against Italy.

England face Honduras on Saturday night in their final warm-up game, but Sterling’s red card means he won’t be able to take part.

However, England boss Roy Hodgson has been impressed by the 19-year-old’s reaction to the dismissal and that he could still start against Italy in the World Cup opener a week today.

“His reaction to the red card has been excellent: he was unstoppable at times in training, some of the things he did out there were breathtaking and he’s not going to lose any fitness,” said Hodgson.

“The dilemma I have is that I have more than 11 players capable of taking the field against Italy but I don’t need to see a performance from Raheem on the field to know he’s capable of playing in the Italy game if selected.”

Hodgson also said how he didn’t think that Sterling’s red card was due to an act of ill-disciple.

Speaking of his reaction, Hodgson said “He was absolutely gutted to be sent off, as were we, but he doesn’t seem to have taken it to heart.”

“The most important thing is he’s still making me aware he’s a player who can inflict an awful lot of damage on the opposition.”

Would you start Sterling for England against Italy? Let us know in the comments below.