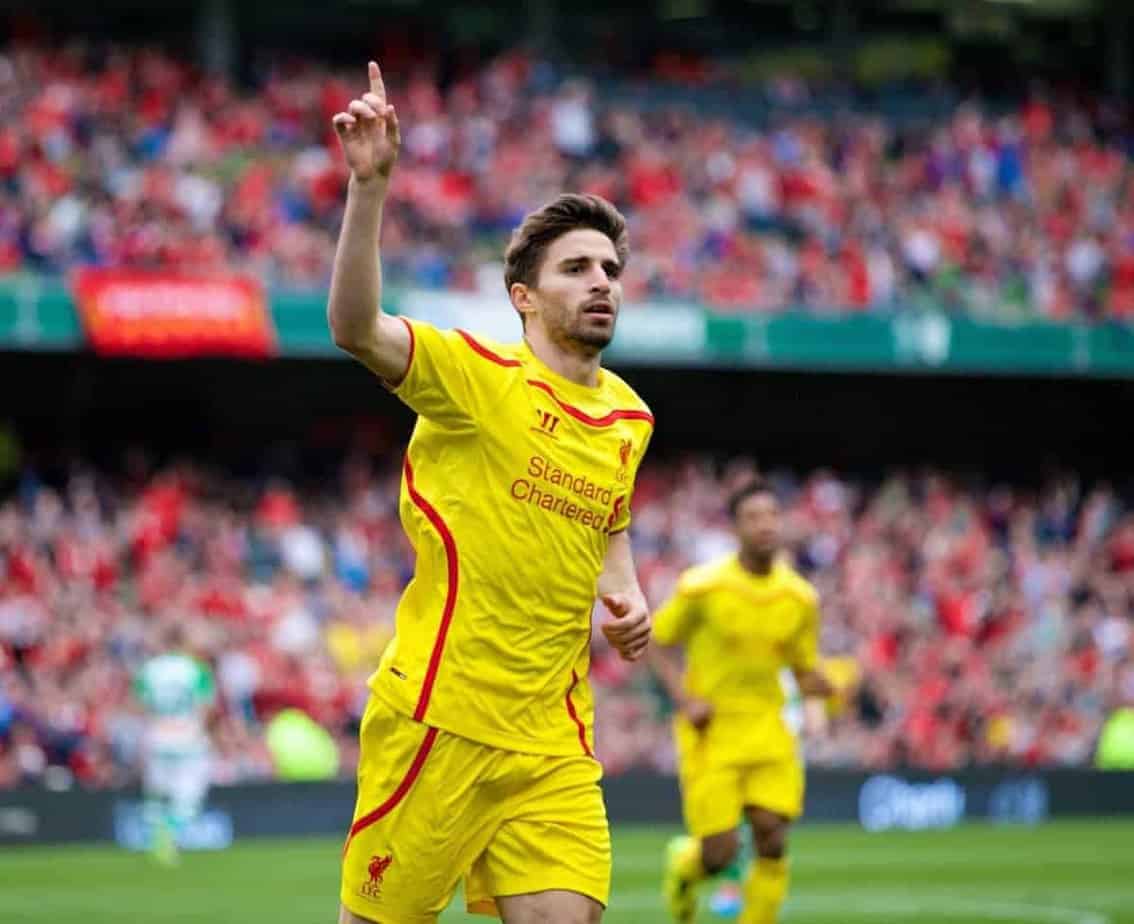 Liverpool have agreed to sell forward Fabio Borini to Sunderland for £14 million, it was reported on Friday night.

The Italian spent 2013/14 on-loan at the Stadium of Light, becoming a hero with goals against local rivals Newcastle Utd and in the League Cup final against Manchester City.

Sunderland keeping tight-lipped, but told fee has been agreed with Liverpool for Fabio Borini. Player thought to want to return to SAFC too

He scored seven goals in 32 appearances for the Black Cats and now Gus Poyet wants to make his move permanent.

He was a priority signing for the Black Cats, but after an earlier valuation of £10 million was rejected, terms were agreed on Friday.

Sunderland boss Gus Poyet was desperate to bring Borini back to the Stadium of Light and last night agreed a deal with Liverpool, which could be worth a total of £14million with add-ons.

A £14 million deal would represent a sizeable profit for Liverpool on Borini, who struggled to fit in at Anfield with just two goals in 20 appearances following his £10.5 million move from Roma in 2012.

He had previously worked with Brendan Rodgers at both Chelsea and Swansea City.

Sunderland have agreed a fee with Liverpool for Fabio Borini. The deal will be worth up to £14m if Borini can agree personal terms.

After helping make a miraculous escape from relegation to stay in the Premier League last season, Borini will now negotiate personal terms with Sunderland ahead of the move.

With the sale of Luis Suarez to Barcelona for £75 million, Borini’s expected departure and the sale of Oussama Assaidi, Rodgers’ spending kitty for the summer is growing substantially.

Reports on Friday suggested Liverpool were looking to sign QPR forward Loic Remy, most likely as a back-up striker to Daniel Sturridge for around £8 million, though talks were said to be stalling over the player’s wages.

Are Liverpool right to let 23-year-old Borini go to Sunderland? Let us know your thoughts in the comments below.