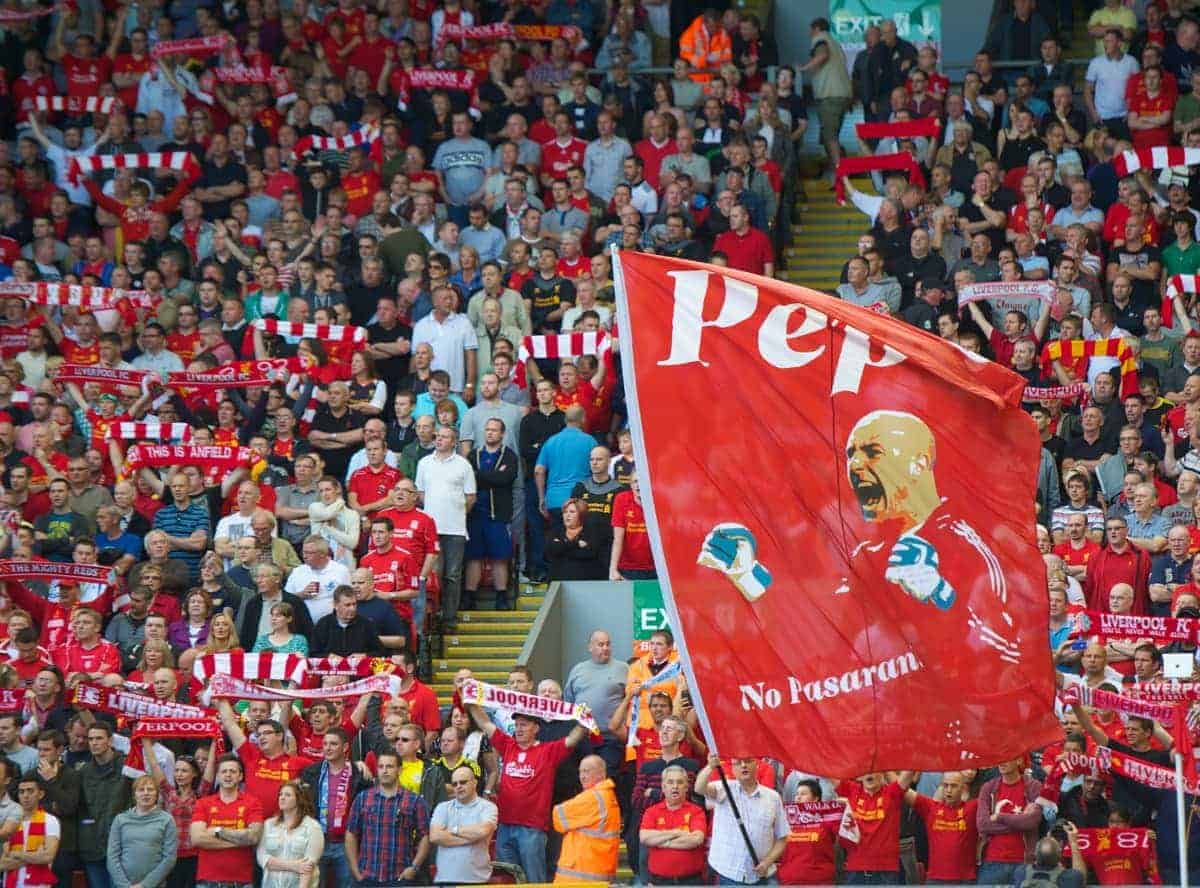 As Pepe Reina embarks on a £2 million move to Bayern Munich, we asked fans on Twitter to share their most memorable Reina moments from his Liverpool days.

Reina is set to complete his move to join up with former Barcelona teammate Pep Guardiola in the Bundeslia this week after spending the summer watching on miserably from the bench on Liverpool’s tour of the USA.

It was a Liverpool career that ended ugly, with fans far from surprised from this week’s news, but Reina was always a popular and big character on Merseyside.

Here fans share some of their favourite Reina memories — running the full length of the pitch to celebrate a David N’gog goal against Manchester United seemingly the favourite.

What was your favourite Pepe memory? Let us know in the comments section below.

@thisisanfield his face after the deflected red balloon goal against Sunderland. Completely shared my frustration.

@thisisanfield Under Rafa, his sheer passion and commitment every single game, was a pleasure to have around. All changed when Rafa left.

@thisisanfield definitely him running the length of Anfield to celebrate NGog's goal against the Mancs.

@thisisanfield That run down the pitch when Ngog scored against the Mancs at Anfield.

@thisisanfield I remember he pulled off a triple save against utd at old Trafford,,some keeper on his day!!

@thisisanfield running the length of the pitch to jump on Ngog when he scored the second v Man U #AdiosPepe :(