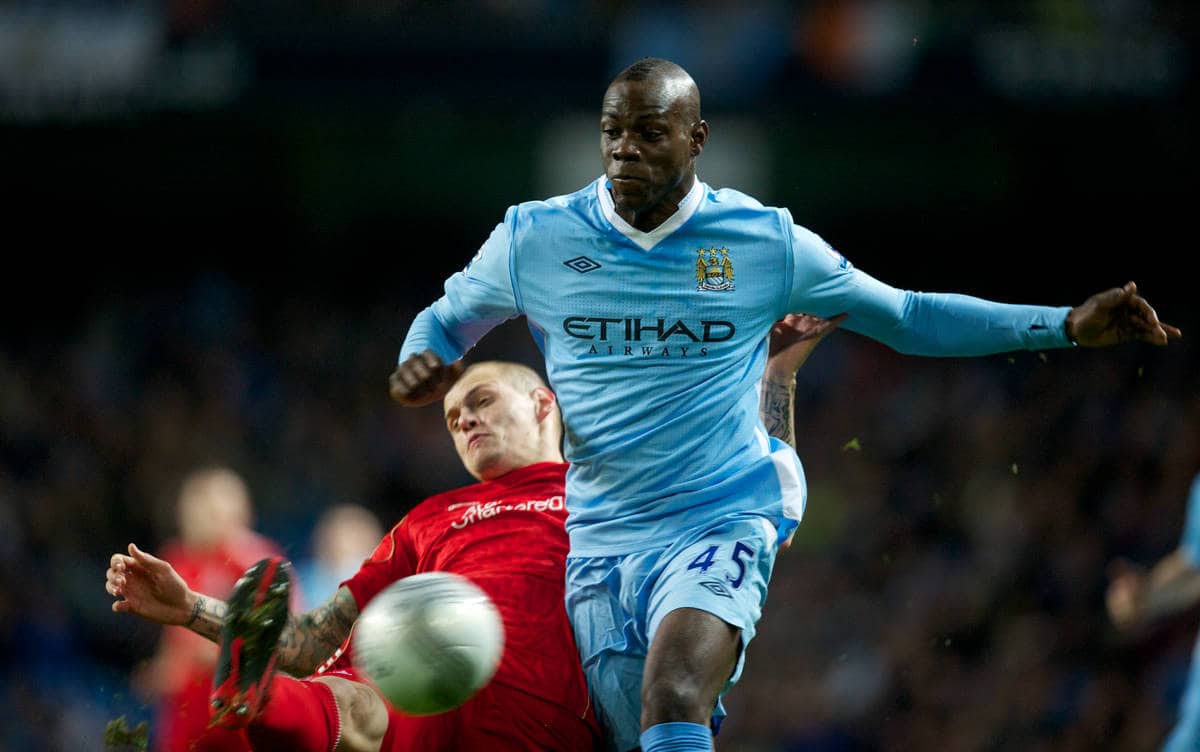 Saturday’s newspapers are once again filled with news of Mario Balotelli’s move from AC Milan to Liverpool, with the Italian reported to have agreed to a 50% pay-cut. According to Andy Hunter in The Guardian, Balotelli has agreed a 50% pay cut and met with manager Brendan Rodgers on Friday.

Hunter writes: “The striker has accepted a basic £80,000-a-week deal from Liverpool, half what he earns in Italy, with top-ups dependent on a series of stringent behaviour-and-performance clauses worth up to £2m a year. He has been offered a three-year contract with the option of a fourth belonging solely to Liverpool.”

James Pearce writes similarly in The Liverpool Echo, although he says that Balotelli “will earn around £100,000 per week at Anfield – around half of what he pocketed in Serie A.”

Pearce says that Liverpool are happy to complete the deal having received “the assurances they wanted from the 24-year-old regarding his attitude and application.”

Just to confuse you further, The Times‘ Tony Barrett reports that Balotelli will be on £90,000 per week and will earn an additional £40,000k a week if he meets a series of objectives on and off the pitch.

The Daily Mail’s Liverpool correspondent Dominic King tweeted to say that Balotelli left Melwood just after 9pm on Friday – and that the deal would be completed early next week. That means it could be Tuesday until the signing is confirmed, with Monday being a bank holiday. The Premier League do not register players on the weekend.

King also reported the claim of a 50% pay-cut for the player.

Balotelli will become Liverpool’s ninth signing of a busy summer, taking the total spend to around £117 million.

The deal has not been completed in time for the 24-year-old to make what would have been a dramatic debut against his former club, Manchester City, on Monday night.

The player’s agent, Mino Raiola had posted an image on Instagram saying the price was €12 million but later clarified and said he meant £16m.

He also posted the following image of Balotell’s shirt being printed for the first time ready for his official photos: