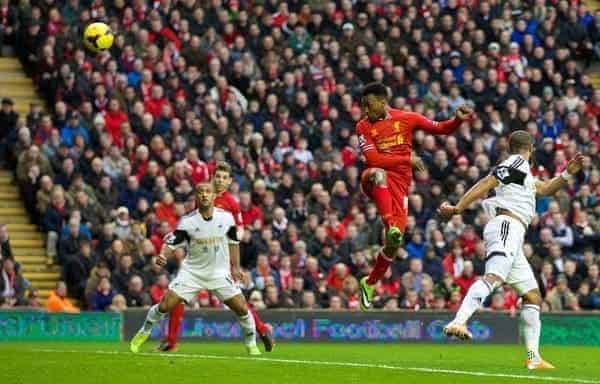 Liverpool have been drawn at home to play Swansea City in the fourth round of the Capital One Cup.

This season’s tie will take place on the week commencing 27th October, subject to Sky Sports dictating whether it will be on the Tuesday or Wednesday that week.

Swansea return to Anfield in the Premier League on Sunday, December 28th.

The Swans made it through to the fourth round by defeating Everton 3-0 at the Liberty Stadium on Tuesday night, whilst Liverpool squeezed through via a penalty shoot-out victory over Middlesbrough at Anfield.

Swansea ended Liverpool’s 2012/13 League Cup campaign with a 3-1 victory over the Reds at Anfield. It was the first time Brendan Rodgers had lined up his Liverpool side against his former club.

The winner of the tie earns themselves a place in the League Cup final and pushes them one step closer to the final at Wembley.

Full draw for the fourth round of the League Cup