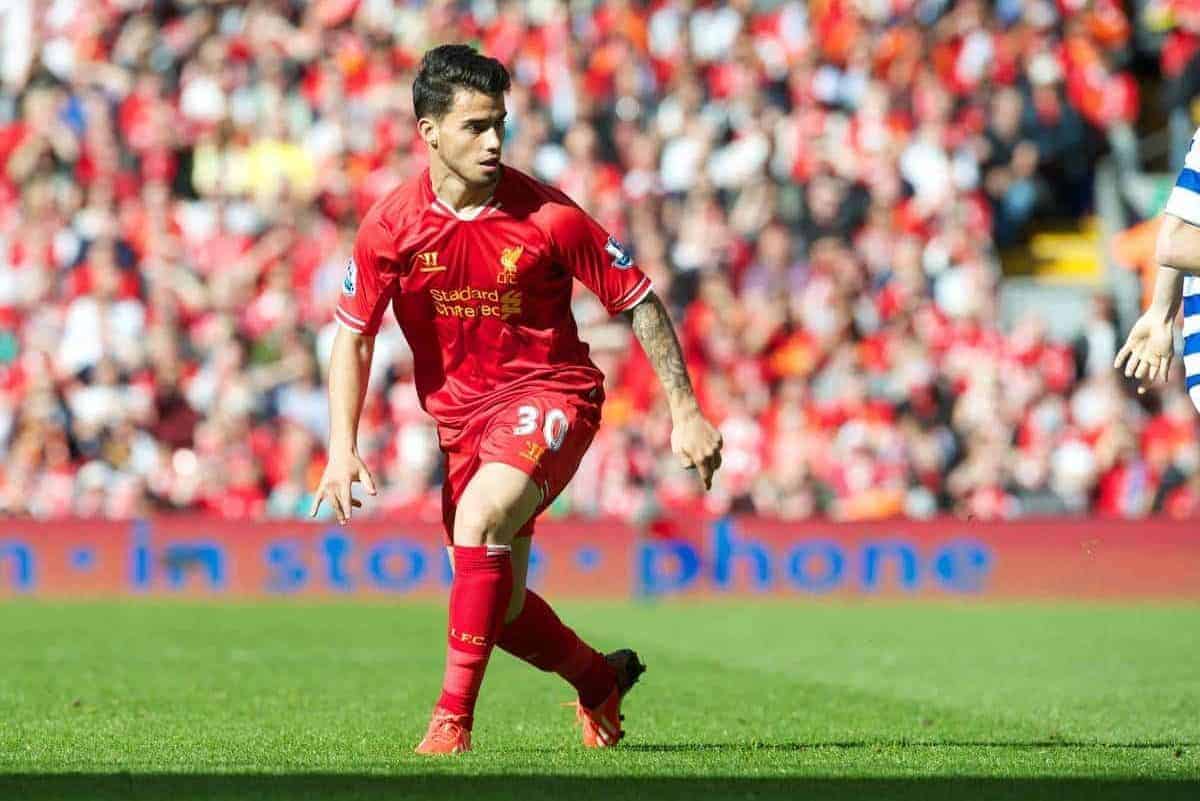 According to Italian journalist Gianluca Di Marzio’s official website, Suso will leave Liverpool — “the only question remaining is when”.

Milan would be forced to pay a fee if they are to take the 20-year-old to the San Siro in January, but he is available on a free transfer next summer.

The report claims Suso has agreed a four-year deal with the Rossoneri worth around €1.5 million per year.

Despite much hype, Suso has only seldom broken into the Liverpool first team, making 20 appearances since his debut in a Europa League match against Young Boys in September 2012.

Suso did look to be set to leave Liverpool for Porto earlier in the summer, but the move never materialised.

Should Liverpool be letting Suso go, or has he not made the grade at Anfield? Let us know your thoughts in the comments section below.