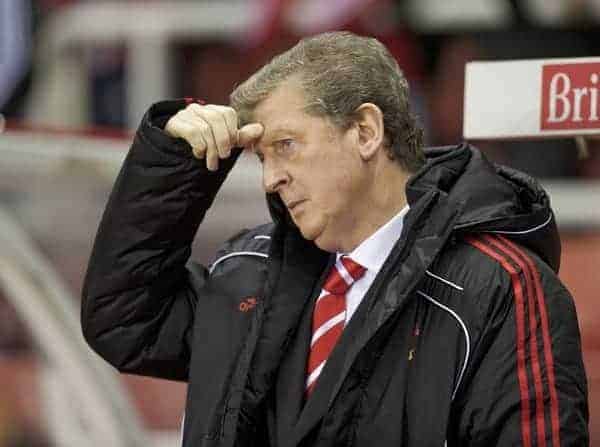 England manager Roy Hodgson has made himself look “extremely stupid” according to Dutch fitness expert Raymond Verheijen, who previously worked with Barcelona and Wales national team.

Verheijen has fully backed Liverpool boss Brendan Rodgers, saying that Hodgson’s “incompetence must be frustrating for educated managers like Brendan Rodgers who travelled the world.”

Writing on his Twitter account, he said that [it is] “embarrassing to see dinosaur Hodgson questioning the fitness regime of the forward thinking manager Brendan Rodgers.”

“England manager Roy Hodgson once again made himself look extremely stupid,” he blasted. “He is the perfect example of a typical uneducated English coach.”

According to Hodgson, there is no evidence that certain players (Sterling/Sturridge) need longer recovery time compared to other players.

Firstly, 19-year old players do not have a fully matured body yet. So for them the game demands are higher & will develop much more fatigue.

Young players who develop more fatigue during the game need longer time to get rid of this fatigue otherwise they accumulate fatigue in body.

If explosive players do not get extra recovery time & are treated in the same way as other players, they accumulate fatigue in their body.

Thirdly accumulation of fatigue due to insufficient recovery makes the nervous system slower. The signal from brain to muscles travel slower.

If the signal from the brain arrives later in the muscles this means the brain has less control over body during explosive football actions.