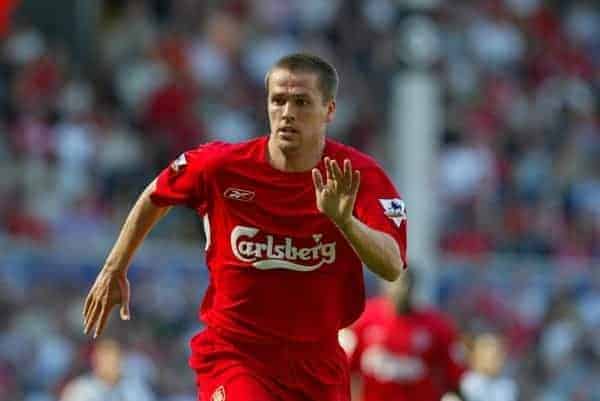 Everyone’s had their say, now former Liverpool forward Michael Owen has had his – questioning whether Raheem Sterling can be suffering from burnout.

Owen insists the concept of ‘burnout’ is a myth and believes Sterling will think twice about complaining of tiredness after this week’s furore.

Teenage forward Sterling has come under fire this week for telling Roy Hodgson he felt tired ahead of England’s Euro 2016 qualifying win over Estonia, with the national boss subsequently dropping him from the starting line-up in Tallinn last Sunday. That has sparked a public debate over whether one of the nation’s most promising talents needed a break just three months into the new campaign.

Owen can certainly relate to Sterling’s dilemma having broken into the senior England set-up himself as a teenager, yet the 34-year-old insists he did not dare tell either his club or national manager he could do with a rest.

“We’re surmising how he was feeling but I never felt like telling the manager I was tired because I never felt particularly that I needed a rest,” said Owen, who was speaking at the National Football Museum in Manchester where he was being inducted into the English Hall of Fame.

“I know people will say, ‘Well, we don’t want anyone having burnout’. But I’ll ask you now – can you name one player who has ever been burned out? I don’t know of anyone.”

The ex-Liverpool, Real Madrid and Manchester United striker was plagued with injuries throughout his illustrious career but does not attribute those problems to ‘burnout’.

Owen added: “People will point the finger at me but I would just say I had muscle injuries because it was hereditary.

“I don’t think it was anything to do with how much I played. I don’t know of any player that’s been burned out, but I might be wrong.”

Owen concedes that Gerard Houllier, who was in charge at Anfield for the bulk of his Liverpool career, would ask his players if they were fatigued but the response was always a unanimous ‘no’.

And Owen believes the fallout after Sterling’s comments were made public by Hodgson will make the player consider whether he wants to express his feelings in future.

“It’s difficult to know what to make of Raheem’s individual case,” Owen said. “I can only speak from experience of me being in that situation and we always used to have a bit of a joke at Liverpool because the manager Gerard Houllier would always come around and ask everyone if they’re fine, If they’re tired.

“You’d always be saying, ‘No, no, no, I’m totally fine’ because you didn’t want to get rested.

“But if Raheem has asked to be rested because he felt tired than you’ve got to commend him for that because that’s putting the team first or he could have injured himself.

“And then on the flip side you think to yourself well maybe he was just being honest with the manager, thinking he was just a little more tired than he was but still wanting to play.

“Then all of a sudden he’s been put on the bench and he’s thinking I don’t think I’ll be so honest next time.”

This is the same Owen who said two years ago:

“Sir Alex had made some comments suggesting that I would have been a better player had I been managed more effectively in the early part of my career.

“I have to agree with most of what he said except the usage of the word ‘better’. In my opinion, had I been managed differently I would have been at my best for longer as opposed to being a better player.”