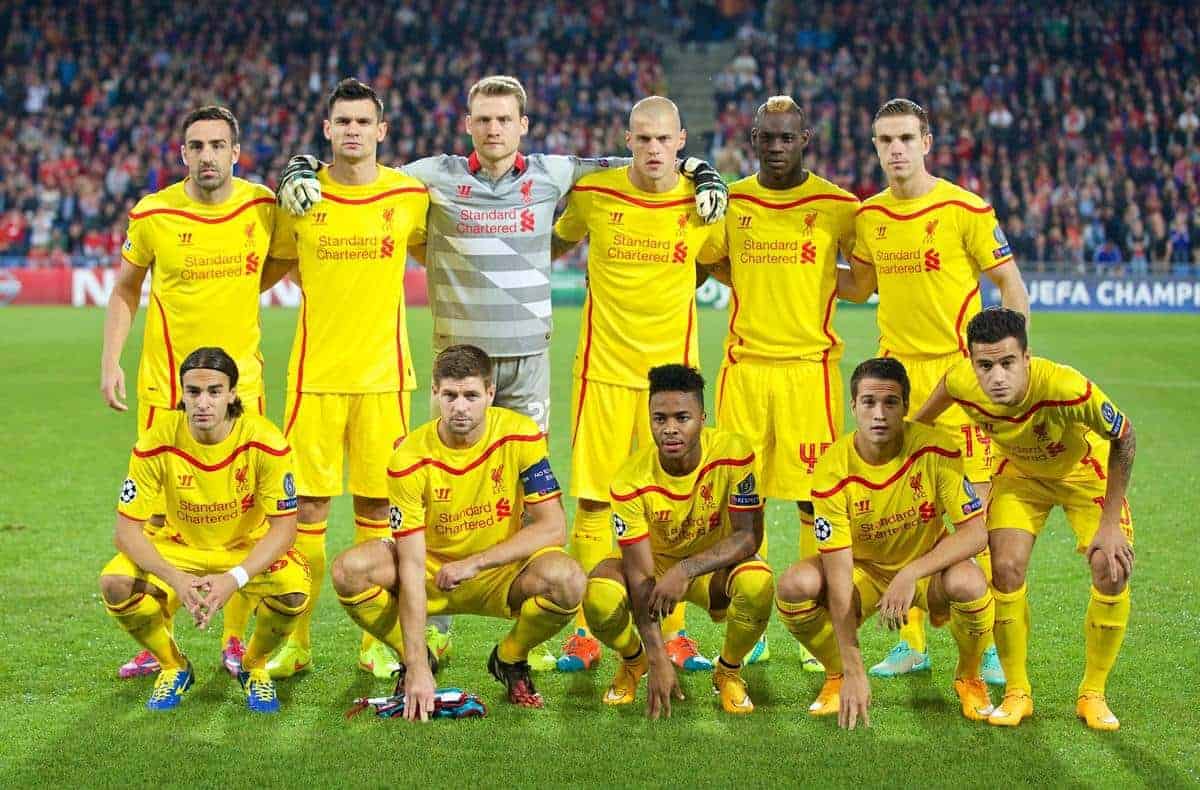 Brendan Rodgers’ men host West Brom on Saturday afternoon in Liverpool’s first 3pm kick off of the season – a game in which the Reds will be looking to start the turnaround of their recent struggles. Liverpool will be looking to end a poor patch of form in all competitions on Saturday when they take on an in-form West Bromwich Albion team at Anfield, as the Reds look to improve dramatically on the winless month of league games played out in September.

Rodgers’ side continue to struggle both offensively and defensively, and the characteristics associated with the philosophy the Northern Irishman has installed at the club have all seemingly been forgotten with performance unrecognisable to date – Tottenham away aside.

Rodgers: "We've gone into a little bit of transition again." Talks of it being a "great challenge"

As a result of the combination of bad displays and results, the Liverpool boss is under the first genuine spell of pressure since arriving, and how he and his team respond to the tough period could be the making or breaking of both players and staff alike.

While injuries from the dreaded international break have played a significant part in the derailing of the team and disrupted any rhythm that was being found, performances have not been good enough considering the quality still at the managers’ disposal.

Serious questions will be asked if the Reds’ form doesn’t improve drastically in the very near future and Rodgers’ team will be looking to begin the turn-around starting on Saturday afternoon against Alan Irvine’s Baggies, but the Ulsterman is unlikely to be able to implement many changes to his under-performing side.

Daniel Sturridge’s importance to Liverpool has been illustrated perfectly during the spell of his absence and all the attention in the build up to the match will be over the England internationals’ availability for the game.

Rodgers’ has previously spoken of Saturday’s game being the most realistic target for a comeback for Sturridge but he admitted he will have to “wait and see” how the situation develops. Even if the born goal-scorer is able to make a return to the set-up, it’s likely to only be with a space on the bench as match fitness and sharpness is sure to be in short supply for the goal machine.

Rodgers: "We need to keep it as simple as we can with the players we have at the moment."

Mamadou Sakho and Spanish midfielder Suso are the most recent additions to the injury list – with the Frenchman suffering a thigh strain and the youngster a groin injury – as the Liverpool squad takes its total amount of injuries to seven.

Joe Allen, Emre Can, Glen Johnson and Jon Flanagan are the rest of those unavailable players and with that, Rodgers’ is limited in his ability to freshen up and make adjustments to his team.

Rodgers on Allen: "He is a player that never gets mentioned. Very rarely turns over the football. Presses the game really well…

Rodgers:"…we have really missed his energy." Hopes Allen will be back after the international break

Therefore, Mignolet and three of the back four are set to stay as they are, but Alberto Moreno will be hoping to be recalled to the starting team ahead of Jose Enrique who was the managers’ preferred option on the disappointing night in Switzerland.

Steven Gerrard, Jordan Henderson and Philippe Coutinho remain the only genuine midfield options for Rodgers and all three are likely to continue in the starting team on Saturday.

Adam Lallana will be hopeful of receiving a recall to the starting XI for the clash and if so, it should come at the expense of Lazar Markovic who produced an indifferent display against Basel on Wednesday.

With no Sturridge, the under-fire Mario Balotelli is set to continue up front, but Rodgers has a decision to make over whether that is on his own or in a two man partnership, with Fabio Borini the only genuine natural striking option.

Rodgers: "Mario is trying to work hard on aspects of the game we demand here. He needs to improve his goal return."

Liverpool have struggled with the rigid 4-2-3-1 formation deployed in recent weeks, and in order to win the midfield battle and help protect Gerrard’s legs, Rodgers must switch to a three man midfield, if not the highly successful diamond.

The back four picks itself currently with Moreno coming back into the team ahead of Enrique but the Liverpool boss has two options for his midfield. Firstly, a three man centre in a 4-3-3 shape allows for the captain to be assisted by Henderson and Coutinho or secondly, in a four man midfield with Lallana added at the top of the diamond.

If playing a three man attack, Lallana, Sterling and Balotelli is the pick, but if a two man strike partnership is chosen, Sterling should partner the Italian with Borini having not taken the opportunities given and Lambert a fourth choice striker and nothing more.

With those changes, Liverpool should line up like this on Saturday (4-3-3):

Alternatively, the Liverpool manager could switch back to the successful 4-diamond midfield-2 in which Liverpool should look like this:

If Sturridge makes a miraculous recovery and is fit enough to play from the start, this is how the Reds should line up:

Saturday has become a more important fixture than previously thought and if the Reds leave Anfield without a positive performance and result, pressure will continue to mount.

A regroup over the looming international break is needed, but before evaluations and inquests are held during the international fortnight, Liverpool must return to winning ways in game that presents a big opportunity for the Reds to do so.