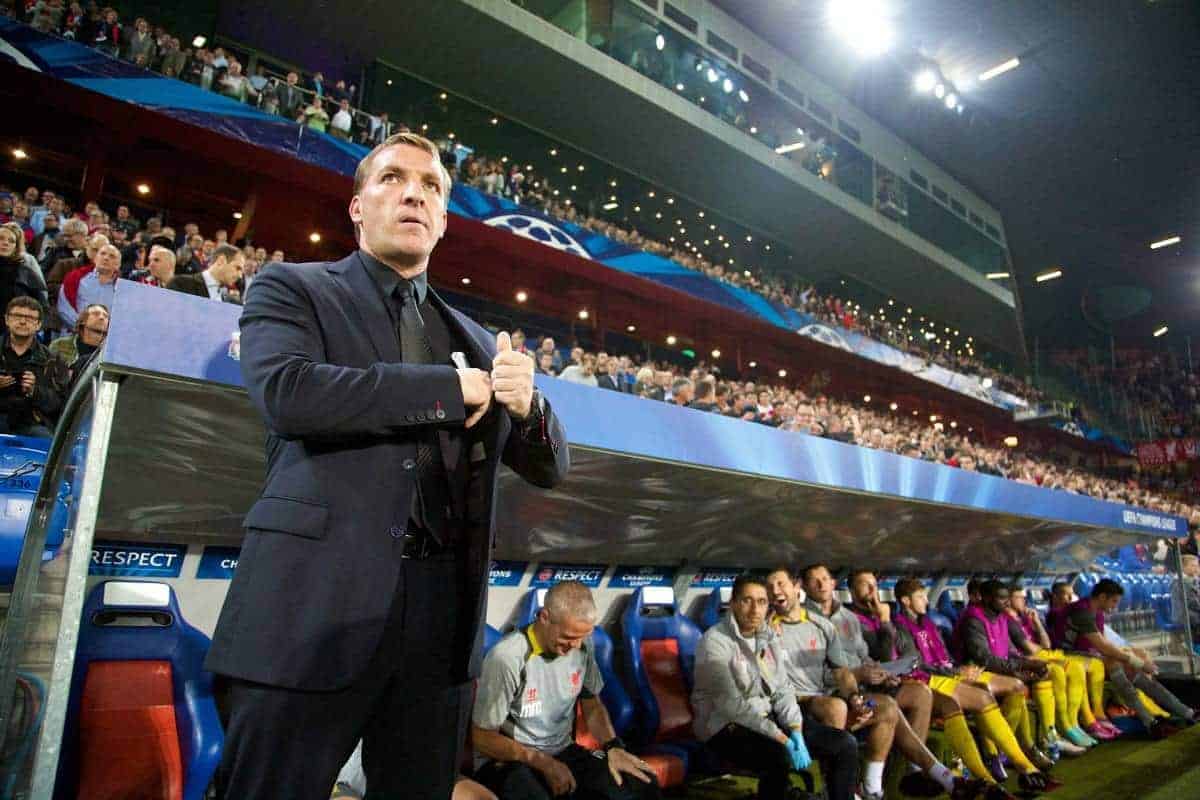 Liverpool manager Brendan Rodgers admits he is not interested in thinking about Daniel Sturridge's return for England until he is fit enough to play for his club.

While the Northern Irishman went to great lengths to play down any suggestion of a club-versus-country row over the striker he has made his position clear.

The 24-year-old was injured in training while on international duty a month ago and has not featured since, missing six matches with a thigh strain.

Rodgers complained in the aftermath that the player should been given greater time to recover but England coach Roy Hodgson, in naming his squad for his upcoming Euro 2016 qualifiers and omitting Sturridge, claimed if he had to give players two days' off there would be no point in training at all.

The pair spoke on Wednesday and agreed to leave out the player, who is still not certain to return for this weekend's visit of West Brom, for this round of matches but there remains a disagreement over how the striker should be handled in the future.

"I've not spoken to Daniel (about the situation). My focus is on Liverpool, it is not on England," Rodgers said at his pre-match press conference ahead of Saturday’s match against West Brom at Anfield.

"I spoke to him about being available for Liverpool but I can't think about England when he is not ready to play for Liverpool.

"He's had a grade one injury for four weeks, which is a long time, and my focus is now getting him to play for Liverpool.

"I've had good communication with Roy. It was amicable. There is no issue.

"We spoke at length yesterday on the situation and I said to him 'Every individual player is different'.

"I respect he had work to do internationally but my thoughts are with Liverpool players and what their needs are.

"We agreed it was probably too soon for Daniel to meet up with England, irrespective of whether he was involved this weekend or not.

"He hasn't trained with the team at all since the injury with them and it was probably not the right time to go with them."

While Rodgers insists there is no issue between him and Hodgson when asked whether England's and Liverpool's medical departments were at odds with each other he added: "It is not something to be discussed now.

"I don't think the same thing will happen again. From the conversations with Roy they will obviously look at that.

"I understand his position where he has only a few days to work with the players and he will probably take away that intensity on that second day but you can still work players, we work players here on the second day, but it needs to be tapered to the individual player."

Even though Sturridge is currently out injured negotiations have begun over a new deal for the striker after his 23 goals last season.

"There are talks ongoing with his representatives and there is no more news other than that," said the Liverpool boss.

On Sturridge's availability this weekend he added: "We'll have to wait and see."

In Sturridge's absence, £16million summer signing Mario Balotelli has been thrust even more into the spotlight but his one goal so far – against Bulgarian minnows Ludogorets – represents a poor return.

After Wednesday's Champions League defeat in Basle, the Italy striker marched off the pitch without a second look to the travelling supporters but Rodgers was more concerned with the player's form.

"In terms of his behaviour he is consciously trying to work hard at the aspects of the game of which we demand here in terms of intensity and work-rate," he said.

"In terms of goals he needs to improve, it is as simple as that.

"Not just him but any striker is judged on goals and at this moment he hasn't probably hit the numbers he would want to."

Balotelli was criticised for not touching the ball in the penalty area once in Switzerland but his manager offered some defence.

"That is down to the team. You have to get yourself into those areas but it was about the service arriving in and our quality last night wasn't to the standard.

"But you also have to be able to score and create goals yourself as a front player and he didn't do that.

"Confidence is a little bit low in the team and it can become about the individual but that isn't what we are about.

"This club is about the whole function of the team and when we work to that principle that is when we are at our best."