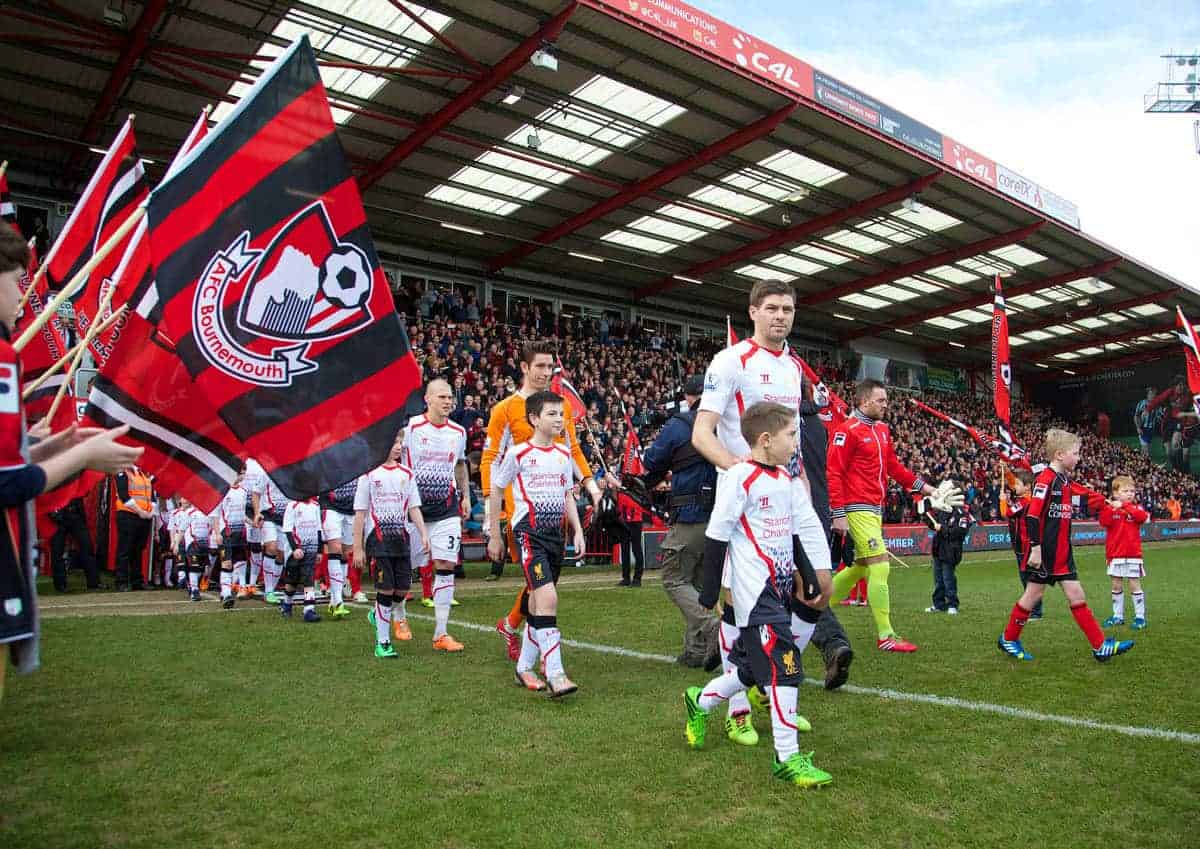 Liverpool head south to take on Bournemouth in a tricky quarter-final tie of the League Cup against the Championship table toppers. Ben Twelves discusses how Brendan Rodgers should shape his side ahead of the cup clash. Liverpool have the chance to return to winning ways with immediate effect on Wednesday night when the play Championship league leaders Bournemouth for a place in the semi-finals of the League Cup.

The Reds need not only a win, but a strong performance too, to respond positively to the harsh defeat at Old Trafford last time out and ahead of another big Premier League clash against Arsenal at Anfield on Sunday.

Liverpool reached this stage of the competition having overcome Middlesbrough thanks to an unforgettable penalty shootout victory in round three, before seeing off Swansea at Anfield in round four courtesy of late goals from Mario Balotelli and Dejan Lovren, resulting in being drawn against Eddie Howe’s footballing side.

Rodgers: "Eddie Howe has done a brilliant job at Bournemouth. Top of the Championship which is a tough league. They are very much a team."

Continuing the familiar theme of a weekend action followed immediately by a midweek fixture, Rodgers faces a number of options over his team selection with changes an absolute necessity and the Liverpool boss should rotate his team handing game time to those in the squad who have seen their minutes restricted in recent weeks.

Liverpool have a new injury absentee with Glen Johnson – who limped off in the first half at Old Trafford with what has proven to be a groin tear – meaning he will be out of action for a lengthy duration, but Rodgers still has a strong squad to choose from for the fixture at the Goldsands Stadium.

However, the Liverpool manager must refrain from once again turning to his ‘trusted’ performers to avoid what would be an embarrassing cup exit, and instead show faith with the ‘back-up’ options of the squad and reintroduce those who have been unfairly frozen out to match action.

That means changes should be aplenty for the cup clash with one eye on Arsenal’s arrival on Sunday and Brad Jones, who is set to keep his place in goal despite an uninspiring performance in Manchester, should have a new-look back four in front of him against the Cherries.

Javier Manquillo, Mamadou Sakho and Jose Enrique are all available to come in to the Liverpool defensive line, and in midfield Emre Can is one player who should feature in the starting XI along with Lucas Leiva who was rested at the weekend.

Completing back-to-back 90 minutes against Basel and Manchester United means Steven Gerrard should be rested and there’s also a case to give Jordan Henderson a night off after his continuous involvement in an unfavoured wide-role has contributed to his level of performance tailing off slightly.

Raheem Sterling has featured in every #LFC game this season except the League Cup vs Swansea. Played more than any other player.

It is essential that Raheem Sterling is rested after Liverpool’s plight has seen the recently turned 20-year-old rack up the most minutes of any Reds outfield player so far this season such is his importance to the team, and with a whole host of options available to come in including Lazar Markovic, Mario Balotelli, Rickie Lambert and Fabio Borini, there’s no excuse for Rodgers not to rest him.

Note: Written before news of Mario Balotelli’s injury, which has ruled him OUT of the match.

Rodgers needs to build on an improved attacking display by strengthening the defence as best as he can in search of re-establishing some confidence into the group. Liverpool remain a mess defensively, so Rodgers should deploy a compact midfield in front of a changed and hopefully improved rear guard in a diamond formation, with a two-man attack. A dreadful defensive display rightly grabbed the headlines after Sunday’s dire defeat, but there was a much improved attacking performance from Liverpool due to the change of system to a 3-4-3, and Rodgers could opt to stick with that again for the fixture.

Rodgers: "Result on Sunday not so good but was our best attacking game for a long time. I was more than happy with our attitude in the game.

If he does, Liverpool could like this come kick-off time on Wednesday night: However Rodgers could opt to return to the 4-2-3-1 shape that has been used for the majority of the campaign, and this is therefore how I would expect Liverpool to line up against Bournemouth: Rodgers revealed in his pre-match press conference that he wants to “have a right go” at the cup competitions this season, and against the Championship side Liverpool have a real opportunity to put themselves in to the semi-finals.

Rodgers: "It's a challenge we're up for. We want to win this competition. I saw enough at weekend to see that intent is coming back."

A commanding performance will be needed in order for that to happen with Eddie Howe’s men posing a realistic threat to a Reds team low on confidence currently, but Rodgers and his side must bounce back positively ahead of Sunday’s meeting with Arsenal.