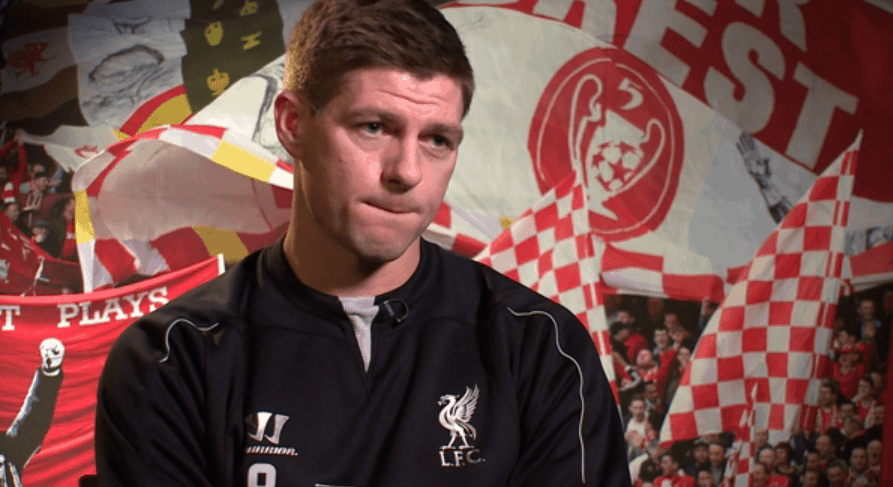 Steven Gerrard’s summer exit from Liverpool has dominated the headlines over the last few days, and we look at five top class midfielders who could fill the imminent void left by the Reds legend.

It’s hard to put into words just what a miss Gerrard will be to Liverpool Football Club when he leaves for pastures new.

It is not necessarily his ability that we will long for most – his best days are clearly behind him now – but more his unbelievable off-pitch influence and marketability. These attributes will be a seismic loss to the club.

It would be a huge disservice to certain current players to say that the Reds will have no quality midfielders without him – Jordan Henderson will be the next captain and is ever-improving, Emre Can has a huge amount of potential and Jordan Rossiter may even mature into a homegrown hero – but there will be no experienced, internationally-proven, world-renowned names there anymore.

Brendan Rodgers will need to address this in the summer, bringing in someone who has the character, influence and quality to make us try and forget about the legendary skipper. Here are five possible options.

Nobody can replace Gerrard, but signing one of these five would certainly help.

On his day, Khedira is one of the most dominant central midfielders in European football, as shown by his sensational performance in Germany’s 7-1 mauling of Brazi at last summer’s World Cup.

The 27-year-old has struggled to hold down a regular place in the Real Madrid side of late though. Although injuries have played their part in that, Toni Kroos and Luka Modric are Carlo Ancelotti’s undisputed first-choice pairing in the middle of the park for los Blancos.

Sami Khedira has played a grand total of 65 minutes this season, surely he wants to leave?

The German is the complete midfielder in many ways. He is strong, powerful, defensively sound but also a force going forward, and he is now a vastly experienced player.

He turns 28 in April, which means he’s still in his peak years, and the lure of guaranteed first-team football may well appeal.

Vidal may be unattainable in the eyes of many, given his pedigree and likely hefty wage demands, but life at Juventus isn’t as happy as it once was.

2014/15 hasn’t quite gone as well, however, and Vidal has found himself in and out of Massimo Allegri’s side. Roberto Pereyra and Claudio Marchisio have often been preferred, and his form has suffered because of it.

Despite this, Vidal is a truly world-class midfielder when he is in full flow, and he would be a huge coup if Rodgers managed to bring him to Anfield. Unlike signing Pogba, as Michael Owen ludicrously suggested last month, signing the Chilean is not out of the question.

Strootman was a huge miss for Holland at the 2014 World Cup, and he is maturing into one of the most impressive midfielders in Europe.

The 24-year-old, who is an integral part of a strong Roma side, missed nine months of action with a knee serious injury last year, but is now back to full fitness again.

Manchester United have been strongly linked with the Dutchman’s signature- his relationship with Louis van Gaal makes them favourites to sign him because of it- and he is exactly what both they and Liverpool are lacking in midfield.

Tall and powerful, but also creative and influential, Strootman carries many of the attributes Gerrard did in his prime. Whether Anfield is his next destination is up for debate, but he would be a revelation there.

In many ways, there are echoes of Gerrard about Hamsik’s excellent career to date. The Napoli star has spent years turning down offers from some of Europe’s biggest clubs, staying loyal to the Serie A side instead.

The 27-year-old, who has won 75 caps for Slovakia to date, has been one of the most highly-rated, complete midfielders around for several years, and he may feel now is the time for a new challenge.

Blessed with superb technique, a terrific work-ethic and a decent goal return from the middle of the park, Hamsik would be an ideal replacement for Gerrard. He is not dissimilar to Henderson in style, but he is superior to the current Reds vice-captain when it comes to creativity and influence.

Whether the Slovakian is willing to leave the club he has spent almost a decade at remains to be seen, but he ticks every box in terms of experience, class and attainability.

Germany are in the midst of a wonderful spell, producing endless world-class players over the last five or six years. Draxler is undoubtedly one of the most gifted of the lot, and he would be a magnificent purchase by Liverpool.

The 21-year-old Schalke superstar has been tracked by many of the world’s greatest clubs for a few years now, and his influential performances in the Bundesliga have caught the eye.

He is at his best in a ‘number 10’ role behind the striker, but can also thrive out wide or slightly deeper. The Germany World Cup winner has unbelievable natural talent, and although not the quickest, he is a superb dribbler with great creativity.

Sadly, there is every chance the Reds would be outbid by someone willing to offer higher wages, but it’s not out of the question. Draxler is currently nursing a thigh injury that has kept him out for a few months, and interest in him does appear to have cooled a little. He would represent a wonderful long-term option.