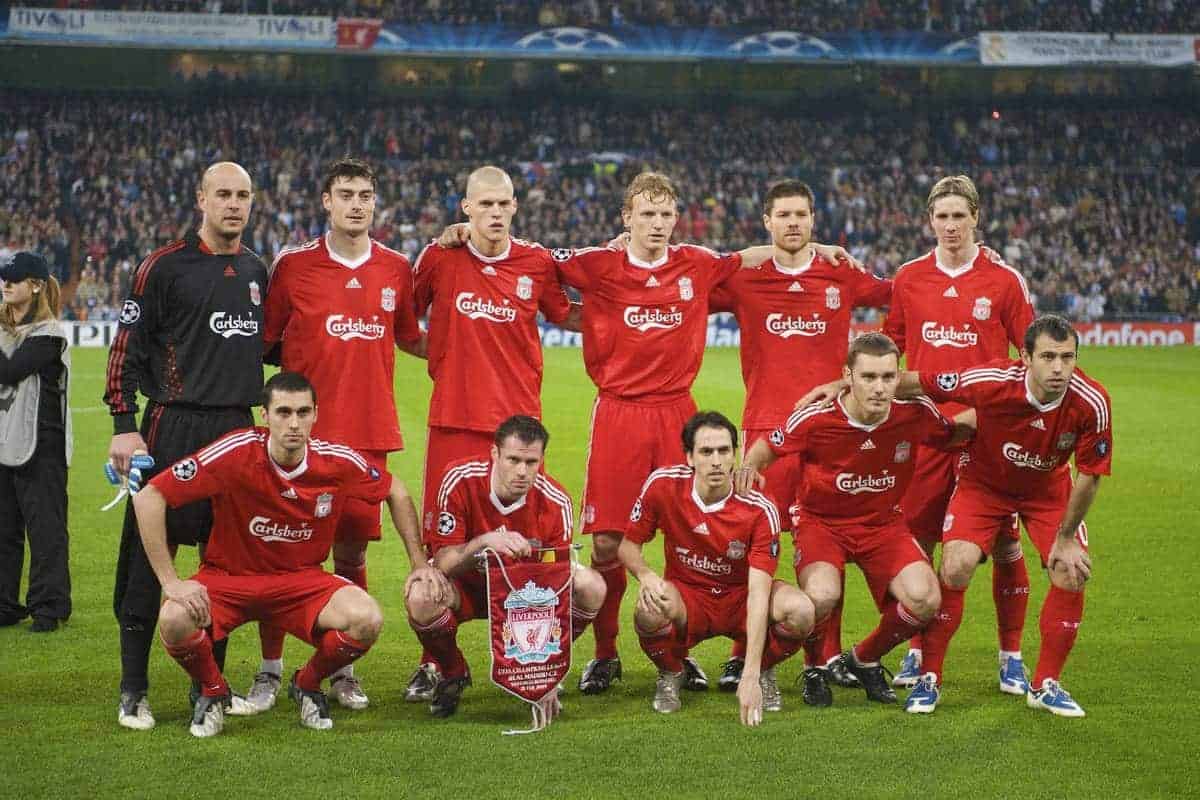 Tom McMahon argues that the metaphorical spine of Liverpool’s side has vastly deteriorated, and that only when it’s addressed will the side return to its former glories.

The spine; defined as a series of vertebrae extending from the skull to the small of the back, enclosing the spinal cord and providing support for the thorax and abdomen.

In a football sense, ‘the spine’ of a team usually reflects the players in central areas of the team, from goalkeeper to striker, in the same way as a spine provides the framework for the human skeleton.

Somewhat simplistically, winning a football match comes down to how well a team defends their own goal and how many they manage to score against their opponents.

While sounding obvious, this champions the idea of a strong spine; a reliable goalkeeper, a sturdy centre-back, a creative yet industrious midfield and a clinical striker to quantify the quality gap between the two sides and have something to show for all their effective play. This is why a high-quality spine is often the hallmark of a successful side.

Just six seasons ago, Rafael Benitez’s Liverpool used to boast arguably the best spine in Europe. Pepe Reina, Daniel Agger, Jamie Carragher, Javier Mascherano, Xabi Alonso, Steven Gerrard and Fernando Torres. As the renowned chant boldly proclaimed, Liverpool had the best (if not one of) midfield in the world, supported by two reliable defenders and a deadly sharp striker.

The 2008/09 side may not have been world-beaters, in fact they did not win a single piece of silverware, but they did mount a title challenge and set the bar in terms of what Liverpool should aspire to in terms of consistently high quality throughout the central areas. In fact, had Liverpool boasted the same quality in the wider areas of the pitch, title number 19 may well have already been won.

Unfortunately, this is no longer the case. The team’s spine has degenerated and the results are starting to show.

An injury-prone Sturridge aside, along with recent promising performances from Mamadou Sakho and Emre Can, the current spine of the side is a shadow of the side it was under Benitez.

Simon Mignolet, Martin Skrtel and Dejan Lovren frequently gift-wrap clear-cut chances for the opponent, Steven Gerrard and Lucas Leiva lack the guile and mobility of their youth while Philippe Coutinho, despite his flair, does not always possess the end-product necessary for a title-challenging side.

Having Daniel Sturridge in the starting XI certainly strengthens the spine, but when injured, the likes of Rickie Lambert, Mario Balotelli and Fabio Borini aren’t the natural goalscorer needed to replace him, let alone to 08/09 Torres’ level.

This is somewhat more harrowing given that the current owners are much more willing to invest into the playing squad then the asset striping Hicks and Gillette back in 2008/09.

While the likes of Raheem Sterling, Adam Lallana, Lazar Markovic, Javier Manquillo and Alberto Moreno have had positive performances this season, they have often been let down with inefficient play in both defensive and offensive boxes. The central midfield area has also failed to control a myriad of games, putting more pressure on the defence and attack to secure victories. Lacking a high-quality and central spine will cost a team points, as these areas are where games are ultimately won or lost.

A lack of winning mentality

Worse still, this transcends beyond the quality of personnel.

When a flustered pundit describes a team as lacking ‘spine’ or a performance as ‘spineless’ they often refer to a lack of mental strength, resilience and tenacity in their performance. Unfortunately, the current side are facing a shortfall in these qualities also, lacking the winning mentality needed to challenge for the title.

The performance against Leicester at home is a prime example. Liverpool were cruising at 2-0 up, but in the 58th minute conceded to a well-worked goal by David Nugent. It happens. Rather than keep possession, staying calm and retaking control of the game, the side were in disarray and conceded another goal just a minute later. The Reds then went out with a whimper in the last 30 minutes, showing little fight to retake the lead and grasp 3 points.

While Liverpool recently held out a 0-1 victory over Sunderland, they failed to control the game in the last period of the match, despite only playing against 10 men. Had Adam Johnson’s shot deflected off the crossbar and crept over the line, the outcome may have been different.

A spectator can point the blame at certain tactics and substitutions, but first and foremost, that’s a lack of winning mentality; a lack of backbone.

A cursory glance over the 2008/09 side shows a huge leadership void. Agger, Carragher, Mascherano and Reina were organisers of the pitch and had a powerful presence both on the pitch and in the dressing room. With Gerrard’s departure at the end of the season, the lack of mental spine will only deteriorate further.

Rodgers and the committee need to bolster the central areas of the field throughout the starting XI, from goalkeeper to striker.

While many fans are calling for proven, world-class additions, the club need to be realistic. With Champions League football looking like an unrealistic prospect next season, the club need to identify targets who are ready to make an instant impact but have the potential to become world-class (or not far off).

The likes of Reina, Agger, Mascherano, Alonso and Torres did not cost a fortune and certainly weren’t world-class when they joined, but were excellently scouted with a clear vision of how to implement their qualities and attributes into a greater system. This level of clarity and strategy has been lacking from Liverpool’s most recent transfer windows.

The management must also be ruthless on the players who have displayed a lack of winning mentality at the club. Without this, the cheap goals and momentum swings in games will continue, as will Liverpool’s continuously growing leadership void.

Only then will the club return to the spine-tingling heights of Champions League football.