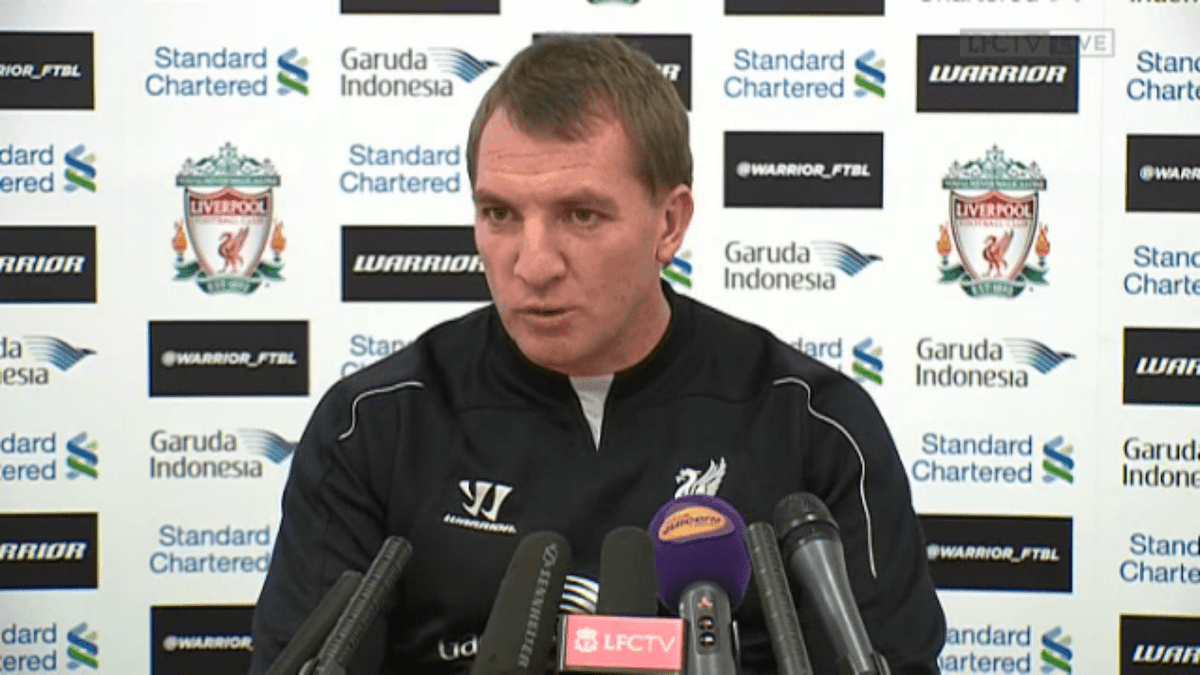 Brendan Rodgers has provided an update on his injured players at his pre-match press conference ahead of Saturday’s trip to Aston Villa in the Premier League.

The boss explained that Raheem Sterling – who enjoyed a mid-season break – has returned to training and will be in the squad to face Villa.

“Raheem’s back in the squad which is good news,” said the boss. “He’s refreshed and ready to work.”

Rodgers also said Glen Johnson has returned to training but only recently so will have to wait to see his fitness for Saturday.

Meanwhile, Steven Gerrard and Joe Allen trained away from the main group on Thursday and Rodgers said “we’re monitoring the likes of Steven and Adam Lallana.

He later updated on Lallana to say he was ahead of schedule and could be in the squad vs. Villa but would “certainly” return against Chelsea in the League Cup next week.

Daniel Sturridge is not yet ready to play, but is back and in the final stages of his rehabilitation, Rodgers explained.

Rodgers refused to put a timeline on Sturridge’s return.

On Jon Flanagan, who has returned to light training for the first time since undergoing surgery back in September, Rodgers said he was still some time away from returning.