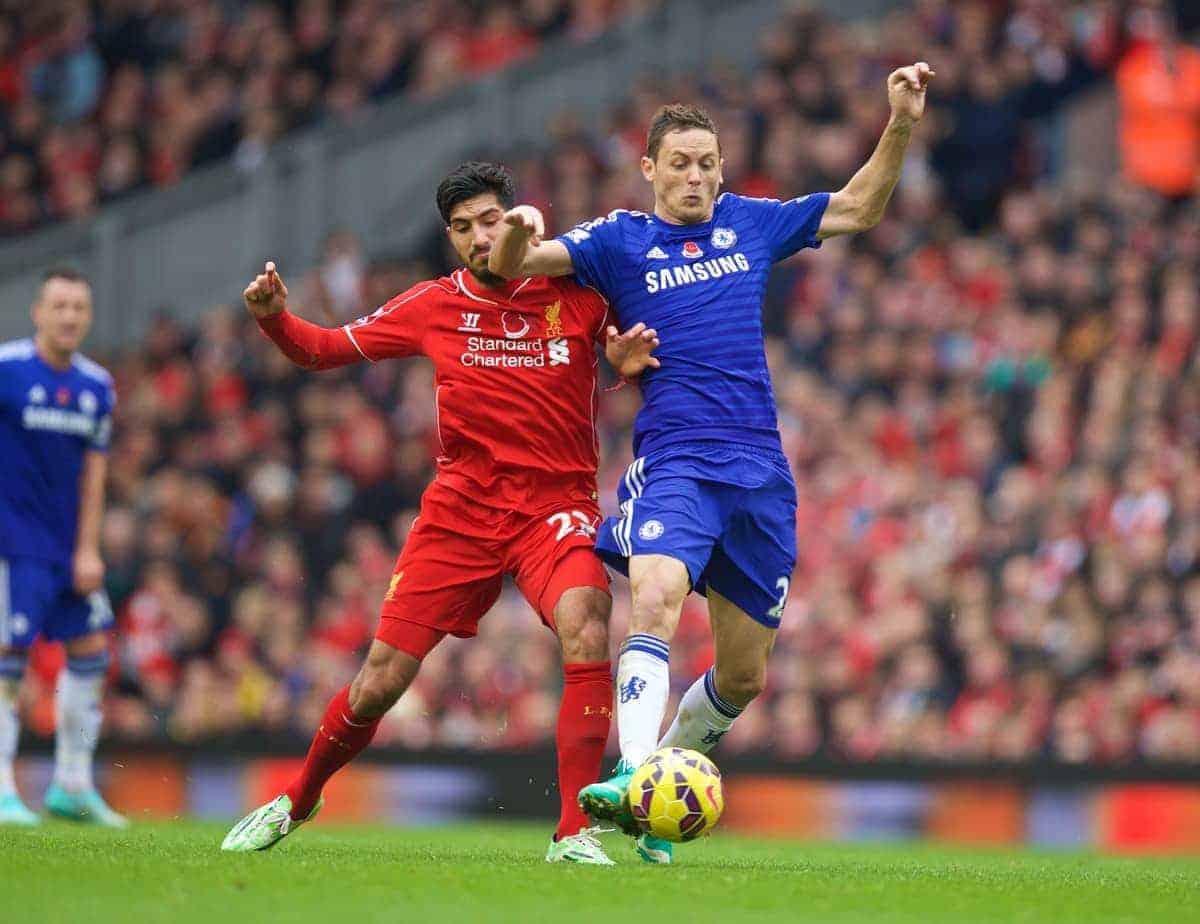 Liverpool travel to west London on Tuesday night to conclude their League Cup semi-final bout with Jose Mourinho’s Chelsea at Stamford Bridge. Ben Twelves takes a look at the team selection options ahead of the highly anticipated clash. With the tie all square from last week’s 1-1 draw at a freezing cold Anfield, Brendan Rodgers’ Reds face a huge challenge as they look to book their place for a Wembley visit in another winner-takes-all second leg between the two sides.

Liverpool arrive for what promises to be a huge occasion in their strongest form of the season to date – remaining unbeaten in their last 15 matches – and Rodgers’ side will have to keep the impressive run going if they are to return to Merseyside with a chance of cup glory for the first time since 2012.

Rodgers: "Chelsea had a tough result at weekend but they are an outstanding team. They are dangerous."

The Reds have won five of their last six games on the road but they’ll have to be wary of a backlash from Mourinho’s men, who suffered an embarrassing FA Cup exit last time out against Bradford City, though Chelsea’s humiliation could also bring belief to a Liverpool set-up who have yet to record victory against the Londoners since Rodgers arrived at the club – the last win against the Blues coming in May 2012.

It would be the perfect time for Rodgers and his team to break their Chelsea duck on Tuesday night, and after making five changes to his side for the goalless FA Cup draw against Bolton on Saturday, the Liverpool manager could make a similar amount of alterations as he returns to a full strength XI.

Anticipation and excitement has rocketed ahead of the clash with the news that Daniel Sturridge could finally be set to return to action, but having been out for a lengthy duration, it would be a risky move to throw the prolific striker straight back into the fold.

Rodgers on Sturridge: "We will see how he is today. He trained very well on Sunday. We need to make sure he feels ready."

Sturridge should feature amongst the substitutes for the tie however, and he could join what would be a much stronger looking bench as the Liverpool squad begins to take shape again as injured players return to fitness, but the Reds are still without Jon Flanagan and Brad Jones who both remain sidelined.

Having made five changes last weekend and afforded squad members welcome match minutes, Rodgers is likely to reverse the changes and restore first choice options back into the starting line up including Steven Gerrard, who was left out of the matchday squad completely for Bolton’s visit.

Martin Skrtel, Alberto Moreno, Lucas Leiva and Lazar Markovic were also all left out of the starting XI against the Championship side, and those four along with the Gerrard could all return to the team for the match.

Mario Balotelli – who has been the subject of increased speculation over his uncertain Liverpool future – will hope he has shown enough in training to be included in the squad, though options are at a maximum with Raheem Sterling likely to lead the Reds attack and Sturridge, Rickie Lambert and Fabio Borini all ahead of the Italian in the pecking order currently.

Rodgers on Balotelli: "It's been a difficult period for Mario but he wants to fight for an opportunity here. The opportunity is there."

Rodgers is almost nailed on to name the strongest XI he possibly and realistically can as he searches for his first silverware as Liverpool boss, and that could see the Reds line up with the same team that started the match against the Premier League leaders in last week’s 1-1 draw.

Keeping faith with the side that completely outplayed Chelsea in the first-leg would therefore see Liverpool line up like so: Rodgers could opt to make a small number of changes to the team that performed so well last week however, and the Liverpool manager’s unwavering preference for Glen Johnson could see the right back come into the starting side along with Adam Lallana.

If the former England defender does keep his place in the XI, it should this time be in a wing-back role instead of in the back three that continues to impress with Emre Can, Skrtel and Mamadou Sakho all having proved that they are the best options to fill the three defensive positions.

Lallana could count himself fortunate to be given a starting berth after a poor display against Bolton last weekend, but if Rodgers wants to operate with a fully mobile team, the summer arrival could play in the front three with Gerrard ready for if and when called upon.

Those two changes could see Liverpool line up like this come kick-off time Tuesday: Liverpool proved they could be more than a match for Jose Mourinho’s men in the first leg with the result on the night the only downside to an excellent performance at Anfield, and it is essential that the Reds take confidence and belief from that display into the second leg in order to reach another Wembley final.