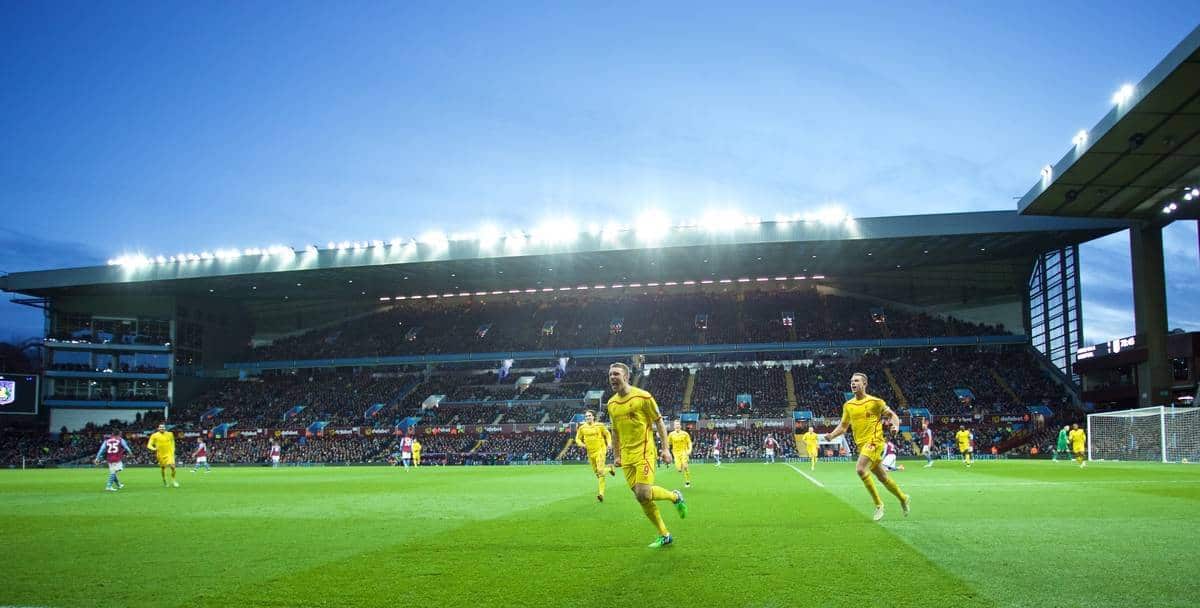 Liverpool host Chelsea in the first of a two-legged affair in the semi-final on the League Cup on Tuesday night in what promises to be a big night under the lights at Anfield. Ben Twelves explores the team selection options available ahead of the tie. Brendan Rodgers’ resurgent Reds return to action at Anfield on Tuesday night, as they turn their attentions to the small matter of the first leg of the League Cup semi-final, with Chelsea once again arriving on Merseyside.

Liverpool are in their best form of the season currently – having experienced defeat just once in the last 14 matches – and Rodgers’ side will need to continue that vast improvement in results if they are to give themselves any kind of advantage ahead of what will undoubtedly be a testing second leg in London in a weeks’ time.

The Liverpool manager and his team will also have to rekindle the Anfield spirit of bygone years in this fixture to avenge a 2-1 defeat from back in November, and record a fourth straight win in all competitions for the first time this season if they are to turn that proposition into a reality against Jose Mourinho’s league leaders.

Rodgers: "We're really looking forward to it. Last time we played them we weren't in a good moment. But we are developing well."

A congested period of fixtures draws ever closer for Rodgers and his depleted squad, but with the following match after Tuesday’s cup tie coming against Championship side Bolton in the FA Cup fourth round, the Reds boss should deploy a full strength team on the night and use Saturday’s fixture for the chance to rotate ahead of another important Premier League encounter against West Ham.

The cup clash against his former employers is set to come too early for Daniel Sturridge who is likely to return closer towards the end of the month according to reports, and Liverpool could again be without Dejan Lovren, Joe Allen and Jon Flanagan – who has made a return to light training – for the tie.

Adam Lallana and captain Steven Gerrard are back in contention for selection but the game could provide the perfect opportunity for future skipper Jordan Henderson to be handed his first experience of leading the Reds into battle on a big night at Anfield, thus allowing the 34-year-old an extra rest ahead of the looming hectic schedule.

Rodgers could choose to shuffle his pack against Mourinho’s men though options are limited, and Javier Manquillo, Jose Enrique and Rickie Lambert will all be hoping the Northern Irishman does as will Gerrard and Lallana who will be hopeful of claiming a starting shirt.

The Liverpool manager has little reason to alter the team after another positive result against Aston Villa last time out though, and Rodgers could therefore keep faith with those who started in the victory at Villa Park, meaning Fabio Borini could lead the Reds attack for the third successive match after finding the net on Saturday afternoon.

Rodgers: I was very pleased for Fabio (on his goal). He’s persevered and worked hard to get his chance.

Rodgers has a number of availabilities over his team selection, but having revealed in his pre-match press conference that the seasons objectives of winning a trophy and qualifying for the Champions League remain the same, the Reds are set to line up strongly.

Having battled to secure maximum points against Paul Lambert’s Villa last weekend, Rodgers could stick with the same XI that started in the win with the chance to rotate on Saturday and a positive result needed ahead of the second leg. Choosing to stick with the same XI would see the Reds lineup like so on Tuesday night: However, the Ulsterman could still name a strong team and make a small number of changes to his team selecting the best XI of the available squad to provide Liverpool with an advantage for the return fixture next week.

One possible change could see the Reds boss bring Manquillo back into the side at right wing-back to provide more defensive protection and compliment Alberto Moreno on opposite side, and Rodgers could bring Steven Gerrard or Adam Lallana back into the XI in place of Borini, allowing Sterling to return to his role as a striker.

If Rodgers does choose to make changes to his side, it should result in his team looking like this come kick-off on Tuesday night: Tuesday night’s semi-final will provide the toughest of tests for the new and improving Liverpool but the Reds have no need to fear as they continue to find their feet, and Rodgers’ side must display their new-found confidence once more to ensure that they travel to Stamford Bridge for a tough second leg with a lead.