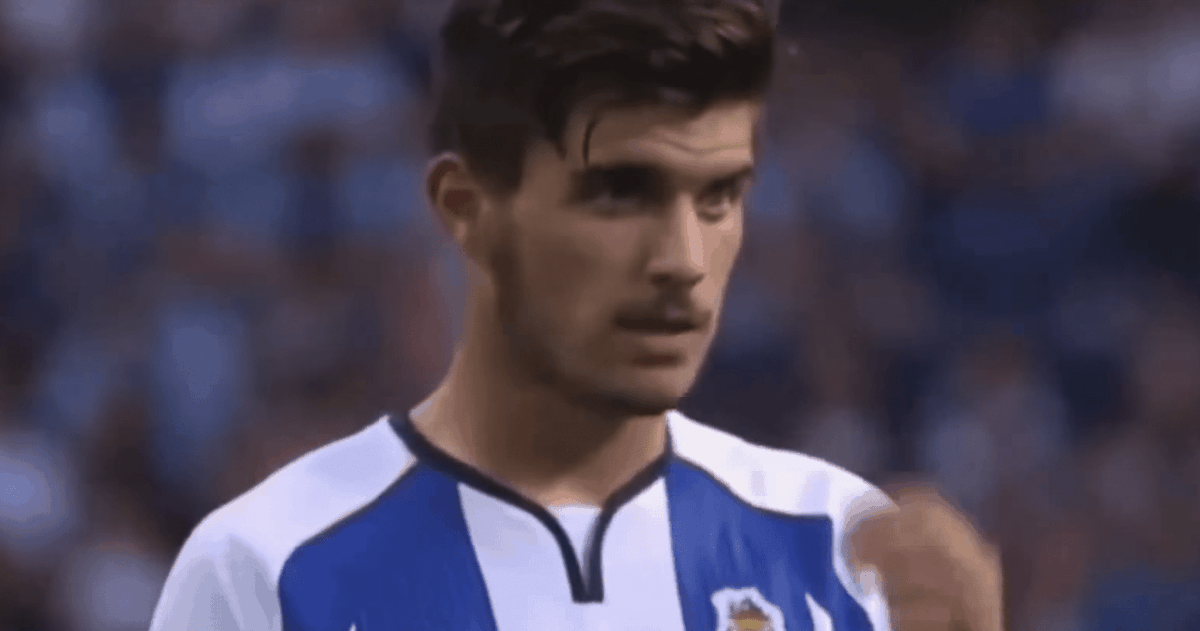 Liverpool have been linked with a move for highly-rated Portuguese star Ruben Neves, and we give you the lowdown on the hugely promising 17-year-old.

“Ruben Neves, for a 17-year-old, is fantastic with the ball at his feet, he knows how to position himself and he’s aggressive. He’s similar to Sergio Busquets.”

Those were the words of Neves’ Porto teammate Christian Tello, who is on loan at the Portuguese giants from Barcelona, and who has played alongside Spain’s World Cup-winning midfielder many times.

To be the dubbed the ‘new Busquets’ is a huge accolade in itself; whether or not you like the Barcelona star, he has a case to be considered the finest defensive midfielder of his generation.

Having risen through the ranks in Porto’s youth team, Neves was surprisingly drafted into the first-team for the start of this season, and has been superb in his 18 appearances since.

He produced a Man of the Match performance on his debut, which also saw him become the youngest ever player to start a league game for Porto, scoring his side’s opening goal of the campaign in the process.

Reves also became the youngest ever Portuguese player to start a Champions League match in August last year, as his side won 1-0 at Lille.

The 17-year-old has become an integral part of the Porto side, and is now widely seen as their most effective holding midfielder.

He has all the attributes that Busquets has in his locker, whether it be an expert positional sense, top class reading of the game or elegance in possession.

Reves arguably has more natural talent than the Spaniard, and when it comes to his range of passing, he has more in common with former Liverpool hero Xabi Alonso.

Porto’s B team coach Luis Castro spoke glowingly about the teenager’s mental strength, on top of his superb ability.

People talk about technical and tactical ability, but Ruben Neves is incredibly talented from the mental point of view. He plays with an extraordinary calmness; he knows what each game situation calls for.

Neves has starred for Portugal’s Under-16s, 17s and 18s, and has now been fast-tracked into the Under-21s. Assuming his meteoric rise continues, it surely won’t be long before the youngster is given a call-up to the senior team.

Liverpool sent scouts to watch Neves in action in Madeira last weekend, according to the Mirror, but the midfielder is also being closely monitored by Real Madrid, Juventus and Paris Saint-Germain. He has a release clause of £29m, which outlines just how highly thought of he is at Porto.

It is always easy to go overboard about a young player, touting them as future world-beaters before they are even out of their teens, but Neves looks the real deal.

Whether Liverpool would be able to compete with some of Europe’s financial powerhouses remains to be seen, but if they did manage to acquire his signature in the summer it would be quite a coup.

It’s worth noting that Liverpool’s current Under-16s coach Pepijn Lijnders worked with Neves during his days as a coach at Porto, and was the man who helped him progress to the senior team.

This could potentially help the Reds in their quest to sign him, given the influence Lijnders has had on his career.

Have you seen much of Ruben Neves? Let us know your thoughts on him in the comments section.