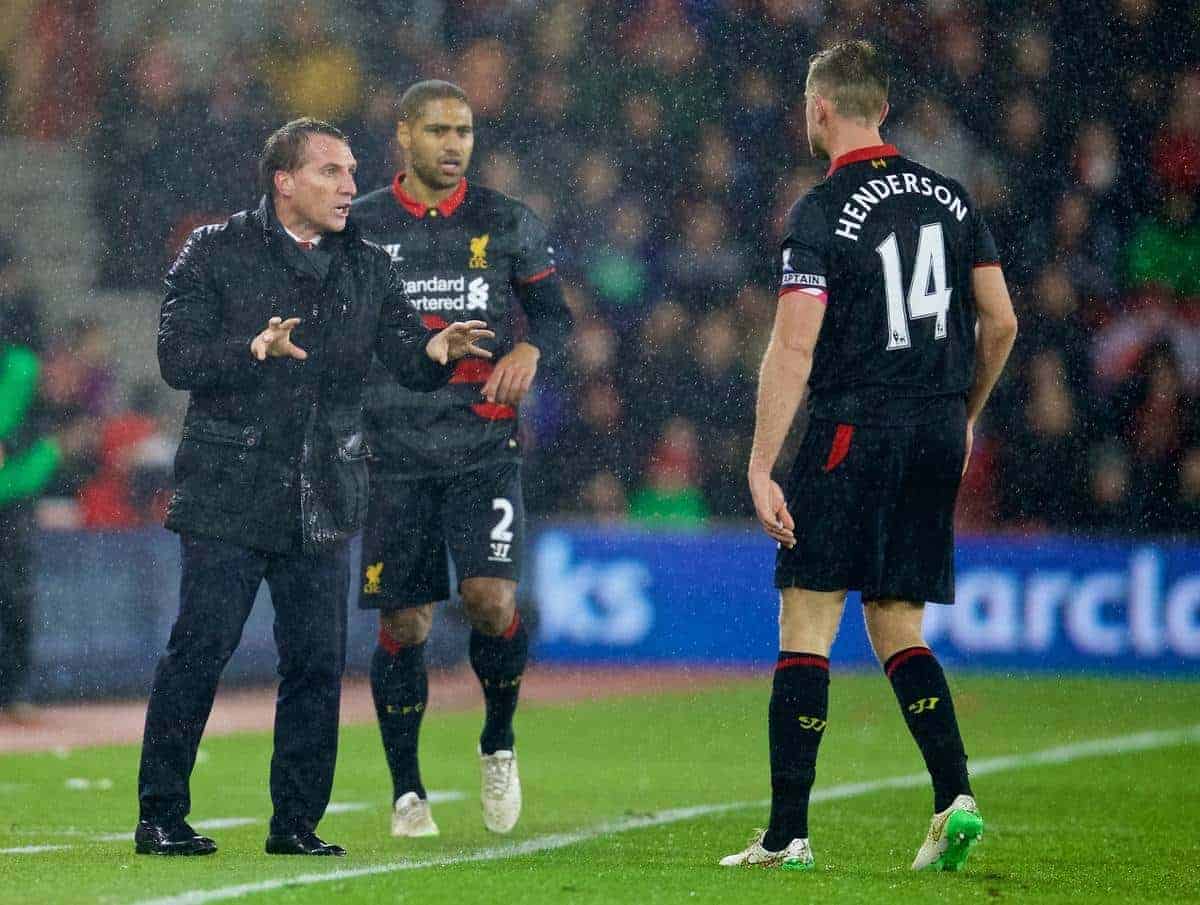 Following Liverpool’s 2-0 victory over Southampton on Sunday afternoon, Brendan Rodgers hailed his side's defending after a fifth successive clean sheet away from home in the Premier League.

He said: "The first one, the player's gone over far too easy. With the crowd up, of course that puts the referee under pressure but I thought Kevin was excellent. All his decisions were correct.

"We defended magnificently. We knew we needed to improve. At the beginning of the season we couldn't get the right balance.

"Now there is and there's great confidence in the team. Our game still could be better but the result was important and everyone's contributed."

Rodgers was particularly impressed with the resilience his side showed only three days after their Europa League win over Besiktas.

He said: "We knew it would be a huge win if we could do it and it was. I thought we were really well organised and we controlled the game as it went on.

"Our passing could have been better but they were difficult conditions and it's an outstanding win. It's difficult to come here at any time and get a result but to do it on the back of a European result is brilliant for the players."