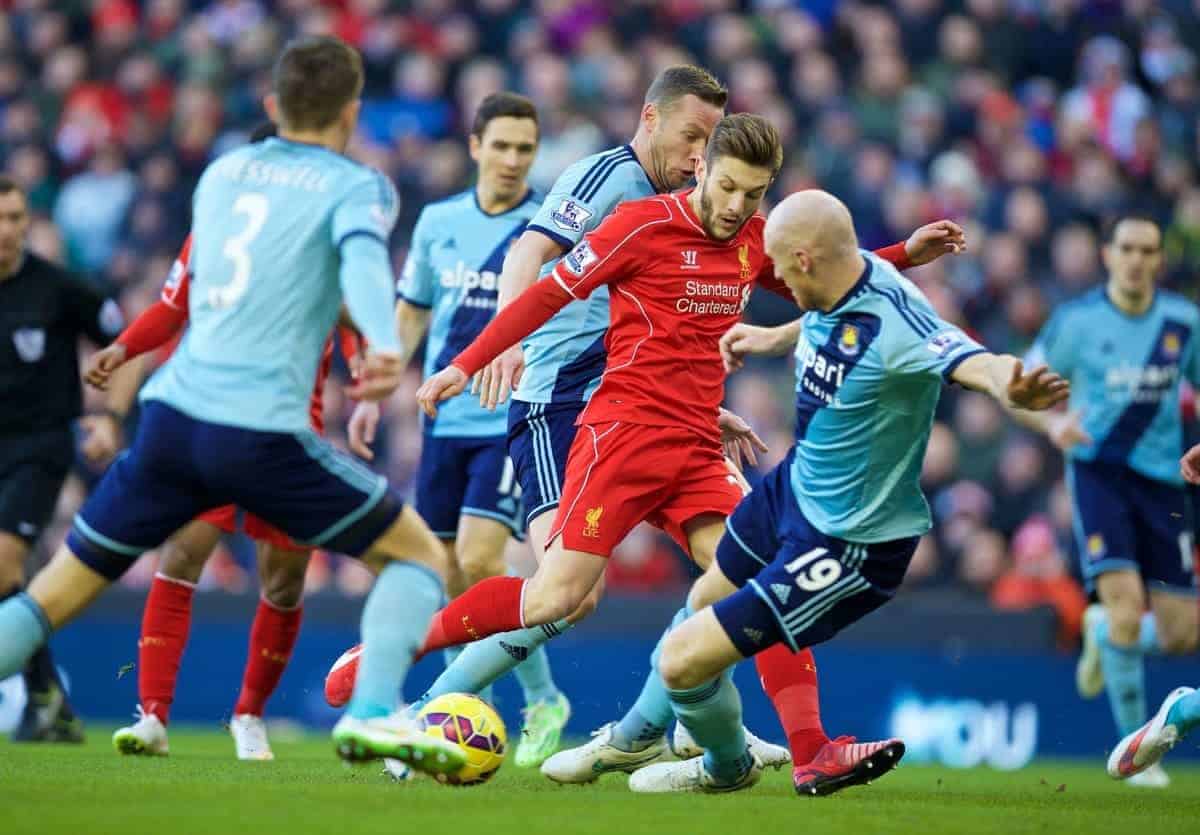 Liverpool manager Brendan Rodgers believes Adam Lallana‘s mentality helped him get through a testing start to his Reds career.

The England midfielder injured a knee in pre-season and did not make his debut until mid-September and it is only in the last six weeks he has really looked at home in the first team.

He is dovetailing well with Philippe Coutinho, who signed a new long-term deal on Tuesday, and Raheem Sterling and with Daniel Sturridge soon to return to the attack on a full-time basis he will also be looking to build up a good relationship with the striker.

Having been deployed in a variety of positions Lallana is flourishing as one of the two deep-lying attackers behind one central striker. “I remember seeing Adam when he was younger and he was a wonderful technician but he has a toughness mentally,” said Rodgers.

“He didn’t become captain at Southampton for nothing. It wasn’t given to him because he was a local player and I could see that.

“I remember talking to a few of the guys who had been with him with England and they said he was a tough character.

“He has all the skills and mentality to play at a club like this where the pressure is on every day and every game and you can see he is relishing that.

“He was outstanding at the weekend (against West Ham).”

Liverpool travel to the Macron Stadium to face Bolton on Wednesday looking to book a fifth-round tie against Premier League opponents Crystal Palace.

Wanderers put up stern resistance at Anfield when goalkeeper Adam Bogdan was particularly impressive and Rodgers expects nothing less in the return fixture.

He is likely to freshen up his side with a few changes as they had a busy January and are set for an equally packed February with the Europa League due to restart later in the month.

“When you have so many games you have to plan forward and look at that but I always believe the next game is very important and I will always pick a team I think can win the game,” he added.

“It will be a tough game for us. We have a big month coming up and we want to continue in the cup competitions as well as keeping the momentum going in the league.

“Where I need to change and rotate I will do that but the objective is still the same, to get three points or get through to the next round.

“If there are so many games it means we are in competitions and doing well.

“The players are in a really good physical condition, that is important to understand: you saw what they put into the game against West Ham after 120 minutes (against Chelsea) – we had a good aggression in our game.

“It was a comprehensive win with over 20 attempts on goal and nearly 78 percent possession so that shows what level the team is at physically and we will look to do the same in the Bolton game.”