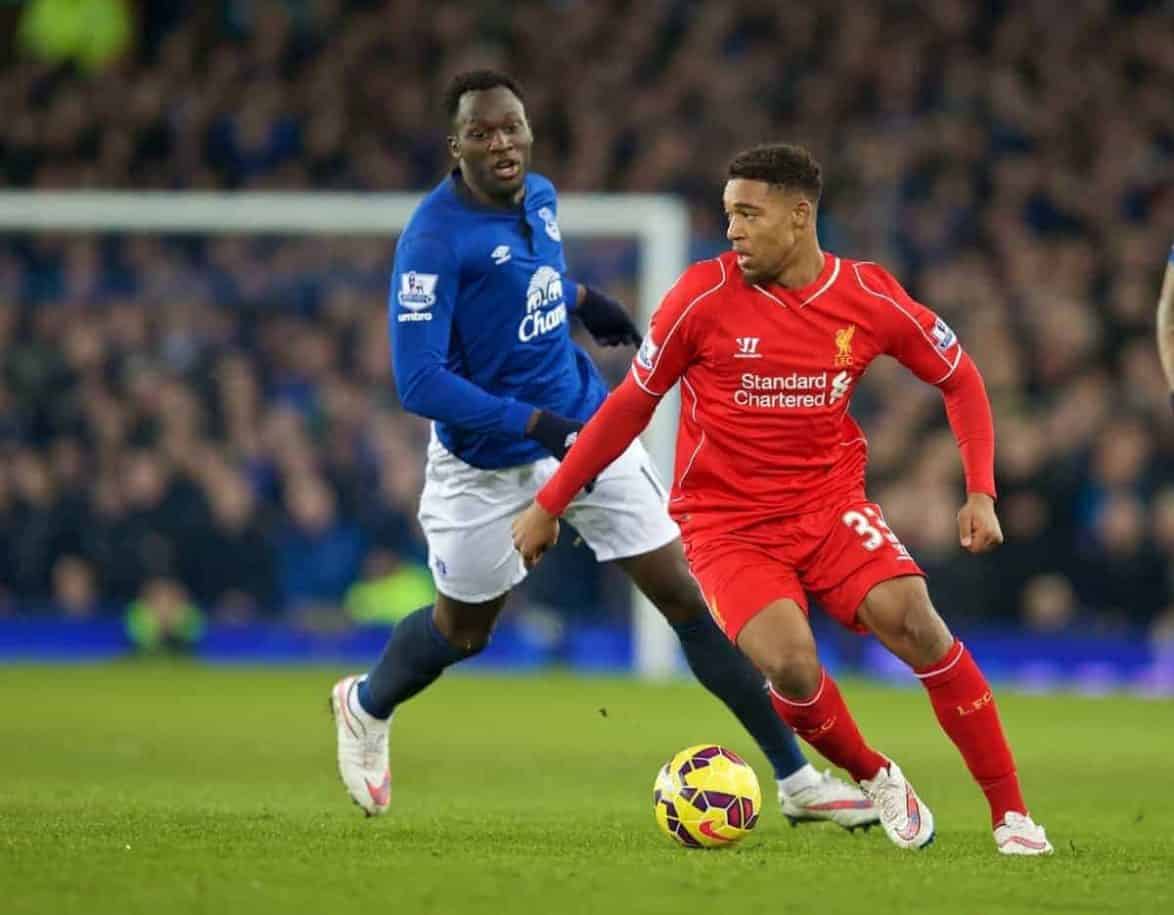 We round-up the best newspaper reaction from Liverpool’s dull 0-0 draw with Everton in the 224th Merseyside derby at Goodison Park on Saturday evening.

It was far from a classic, and once the game reached the 80-minute mark both sides appeared content with a point each.

Considering the Reds are looking for a priceless top-four spot, it seemed rather baffling tactics on their behalf. Roberto Martinez’s side were just hugely negative throughout.

Jordon Ibe was one of the few plus points from the game, and he almost scored one of the great derby goals after a sensational long-range strike in the first-half. Emre Can also impressed again, as did Martin Skrtel.

Brendan Rodgers’ substitutions left plenty to be desired, and his sentimental side unprofessionally took over as he kept the ineffective Steven Gerrard on the pitch for the full 90 minutes.

It was far from a bad result, and means Liverpool have still lost just once in 20 games after 90 minutes- they lost to Chelsea in extra-time in the League Cup– but there is a nagging feeling that victory was there for the taking.

James Pearce of the Liverpool Echo was full of praise for Ibe, who despite making just his second ever start for the Reds, was one of the best players on the pitch:

It was a bold decision to throw youngster Jordon Ibe into the white-hot atmosphere of a derby battle.

But four weeks after playing for Derby against Ipswich in the Championship, 19-year-old Ibe was walking out into the lion’s den. Rodgers’ faith in him was richly rewarded. The fearless teenager, who was making just his second Premier League start, didn’t put a foot wrong.

Ibe was just inches away from writing his name into derby folklore in the first half with the rasping 25-yarder which cannoned against the post. Just as impressive as his powerful and direct forays forwards was his tireless and disciplined defensive work.

Liverpool’s staff have had great hopes for Ibe from the moment he arrived at the Academy from Wycombe in 2011 and this was a significant step forward in his exciting development.

Joe Bernstein of the Mail on Sunday correctly bemoaned the lack of quality and drama in the game, in a match-up that so often guarantees both.

Steven Gerrard was diplomacy personified after his final Premier League derby, even saying he would miss playing at Goodison Park. On the evidence of last night’s game, it shouldn’t take him more than a couple of weeks of California sunshine to get over any pangs of nostalgia.

As a manager, Martinez loved it and he and Rodgers were constantly issuing instructions to their players. ‘Tactically it was fascinating, with two asymetric shapes,’ said the Everton boss.

Unfortunately for everyone else, there wasn’t enough going on in the penalty areas to make it exciting.

The Guardian was equally critical of the contest:

This is likely to be remembered as Steven Gerrard’s farewell Merseyside derby, but not for very long and not for many other reasons. It was one of the more sterile encounters between the old rivals, with little quality on show and some of the big name performers in both sides failing to enliven the occasion.

Gerrard played the whole game, even though his display was among the ordinary ones, and while the ideal script demanded a final flourish from a player who has appeared in 33 of these dust-ups, the prosaic reality was that neither side produced anything exceptional. Reader, it was dull.

The Mirror‘s Joe Mewis was critical of Gerrard’s below-par display, and echoed the earlier sentiment that the captain was lucky to play the whole game:

All the pre-match talk centred around the outgoing Liverpool skipper turning out in his final Merseyside derby. After 30 minutes, you could be forgiven he’d already jetted out stateside, as he struggled to influence the game, marginalised on the right hand side of the middle three, as Ibe took the plaudits in front of him.

As the first-half went on, the former England skipper looked to move inside at every opportunity , but again, he failed to create any clear cut chances.

In fact, Gerrard should have been considered lucky not to have been substituted when Rodgers introduced Daniel Sturridge in place of the dangerous Courtinho just before the hour mark.

An acrobatic volley which was deflected for a corner, was the high-point of Gerrard’s second half, as his Merseyside derby career ended in an anti-climatic fashion.

Mewis also touched upon the fact that Ibe is far more than just ‘Raheem Sterling 2.0’:

Whereas many are rushing to proclaim him as the new Raheem Sterling, Ibe is stockier, stronger, more meaty and more two-footed than his team-mate and looks physically to have benefited from his recent loan spell in the Championship with Derby.

Next up for Liverpool is Tuesday’s crucial clash with Tottenham at Anfield (8:00pm kick off GMT), followed by the FA Cup fifth round showdown at Crystal Palace next Saturday (5:30pm).