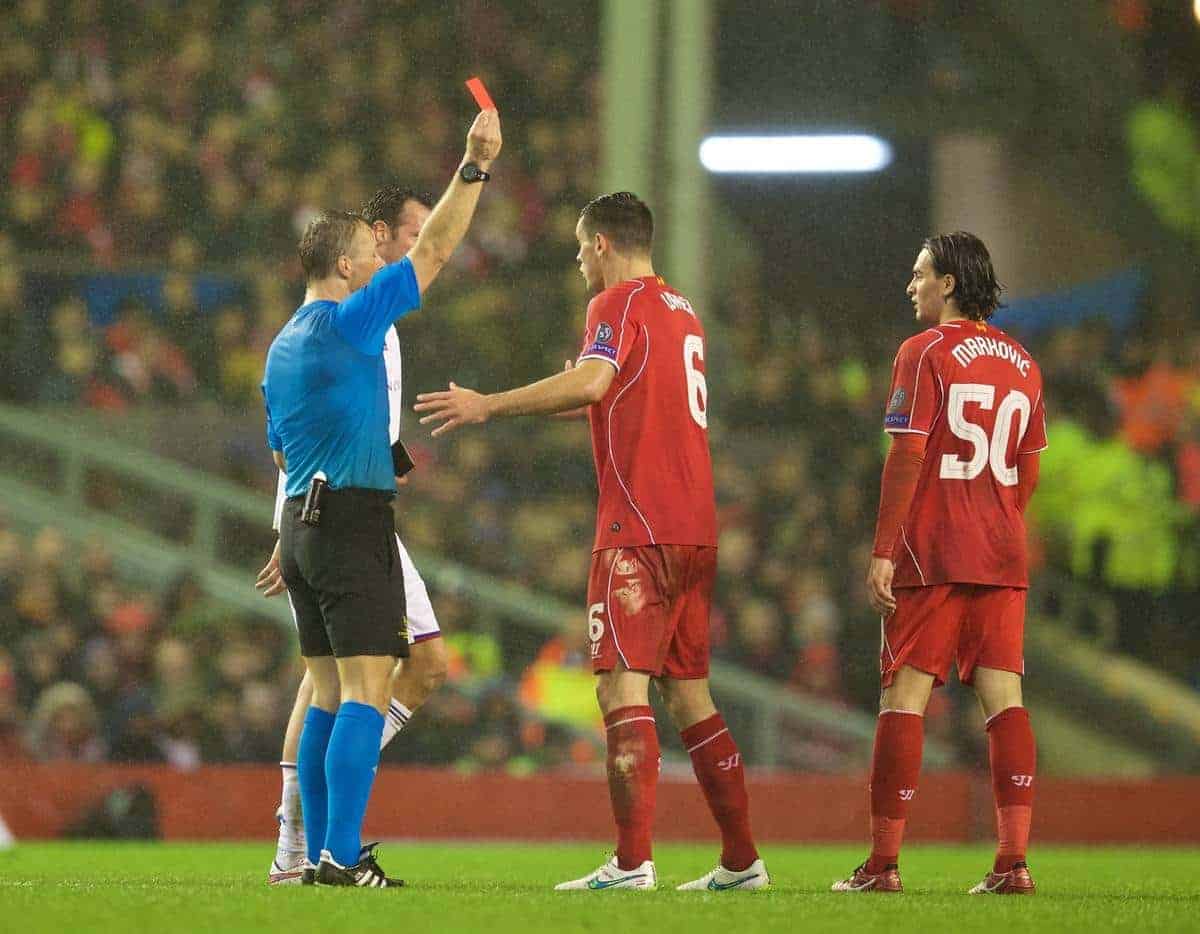 The Liverpool winger was sent off in the Reds' final Champions League group game against Basle in December for catching Behrang Safari in the face with a flick of his hand.

Markovic has been given an extra game on top of the normal three-match ban for violent conduct because he was sent off playing for Benfica in a Europa League match last May.

Markovic had already been substituted in the Europa League semi-final against Juventus but was sent off by Premier League referee Mark Clattenburg for his part in a touchline fracas.

The red card meant the 20-year-old missed the final against Sevilla, which the Spanish side won on penalties.

Liverpool opted not to appeal UEFA's decision and Markovic will miss both legs of the last-32 Europa League clash against Besiktas, the first of which is at Anfield on Thursday, as well as the home and away last-16 matches should the Reds progress.

Markovic's dismissal against Basle was one element of a thoroughly disappointing night for the club, with a 1-1 draw not enough to see them progress to the knockout stages of the Champions League.

Manager Brendan Rodgers was unhappy with the red card, saying after the match: "I thought the sending off was a really disappointing decision by the referee.

"Lazar Markovic gets sent off for that – his fingernail barely touches the nose of the defender and the defender is the guy who should be looked at for his reaction."

Markovic responded to the ban on Twitter with the simple message "4?" accompanied by a picture of himself looking unhappy.