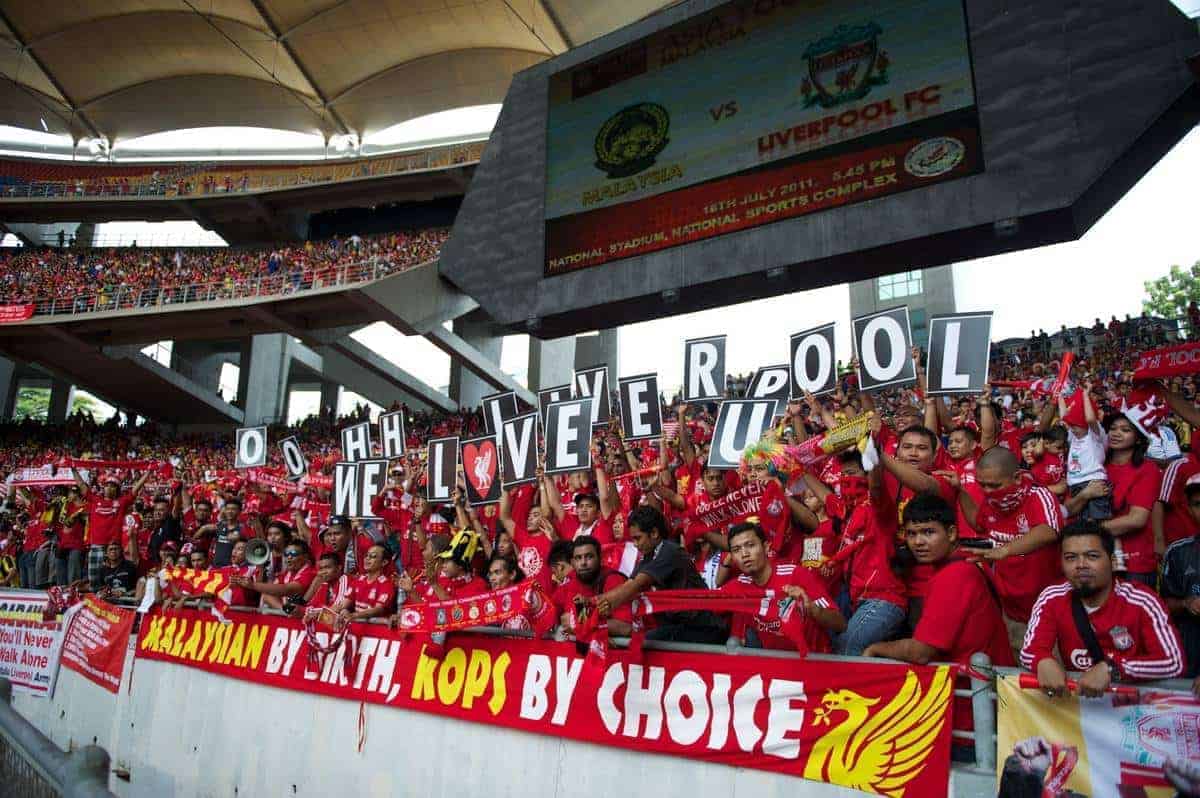 The news that Liverpool are set to return to Malaysia during their 2015/16 pre-season tour was met with wholesale excitement from fans.

Liverpool are set to take on a Malaysia XI in Kuala Lumpur at the Bukit Jalil Stadium on July 24 as part of their 2015/16 pre-season tour, in what promises to be a hugely popular tie.

Speaking at a press conference on Wednesday, Liverpool’s Commercial Director Olly Dale said: “We made the promise in 2011 that we will return to Malaysia after the tremendous support [we received].”

Liverpool look set to be given a hero’s welcome once more, with Malaysian fans showcasing their excitement at the news.

Here is a selection of fans’ reactions to the news that Liverpool will return to Malaysia during pre-season:

Liverpool is coming back to Kuala Lumpur on the 24th of July. YAY

@LFC Been there in 2011, celebrating like crazy wih 6 LFC goals and 3 Malaysia goals, the best moment in my life! #LFCTour

And there was word from Liverpool players both former and current…

“I have great memories and I remember all of the fans. They are fanatic about Liverpool. The stadium we played at was a 100,000-seater. The memories from over there are good. It was a great atmosphere.

That type of support is always going to leave an impression. I’ll never forget when we went over there and what happened. With these pre-season tours, it’s always good to get back over there and play.”
– Jon Flanagan

As Liverpool look to showcase their talents to a wider audience once more this summer, Brendan Rodgers’ side can be guaranteed some incredible support when they take to Kuala Lumpur in July.

Will you be in Malaysia when Liverpool take on Malaysia XI in July? Let us know on INPLAY – the fantastic football social messaging app. Download the app for FREE for iPhone or Android and get chatting to Reds and other football fans around the world!