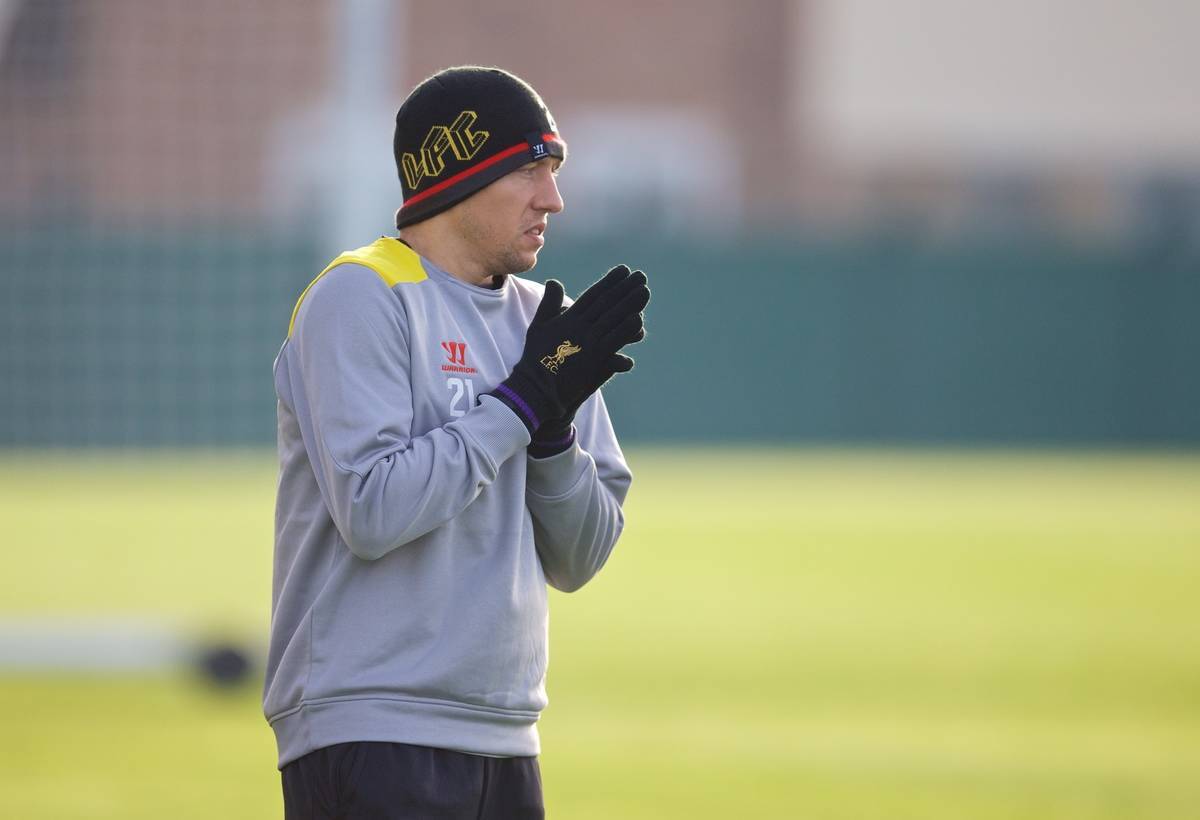 Liverpool’s top-four ambitions have received a boost with the return to training of midfielder Lucas Leiva. The Brazil international has not featured since limping off 16 minutes into the Merseyside derby at Goodison Park on February 7.

Part of Lucas’ rehabilitation saw him spend some time back in his homeland but he has stepped up his workload in recent days.

The 28-year-old, whose holding role in central midfield played an important part in Liverpool’s turnaround in fortunes which has seen them go undefeated in the Premier League since mid-December, was deemed fit enough to resume regular duties.

Lucas posted a picture of himself out on the field at Liverpool’s Melwood training ground with the caption “Back in full training.”

His comeback may have come too late for him to feature against arch-rivals Manchester United at Anfield this Sunday in a match where a win would see the Reds return to the top four for the first time since August.

However, with an international break to follow he will have additional time to get up to speed ahead of a trip to Arsenal on April 4, with the FA Cup quarter-final replay at Blackburn four days later.