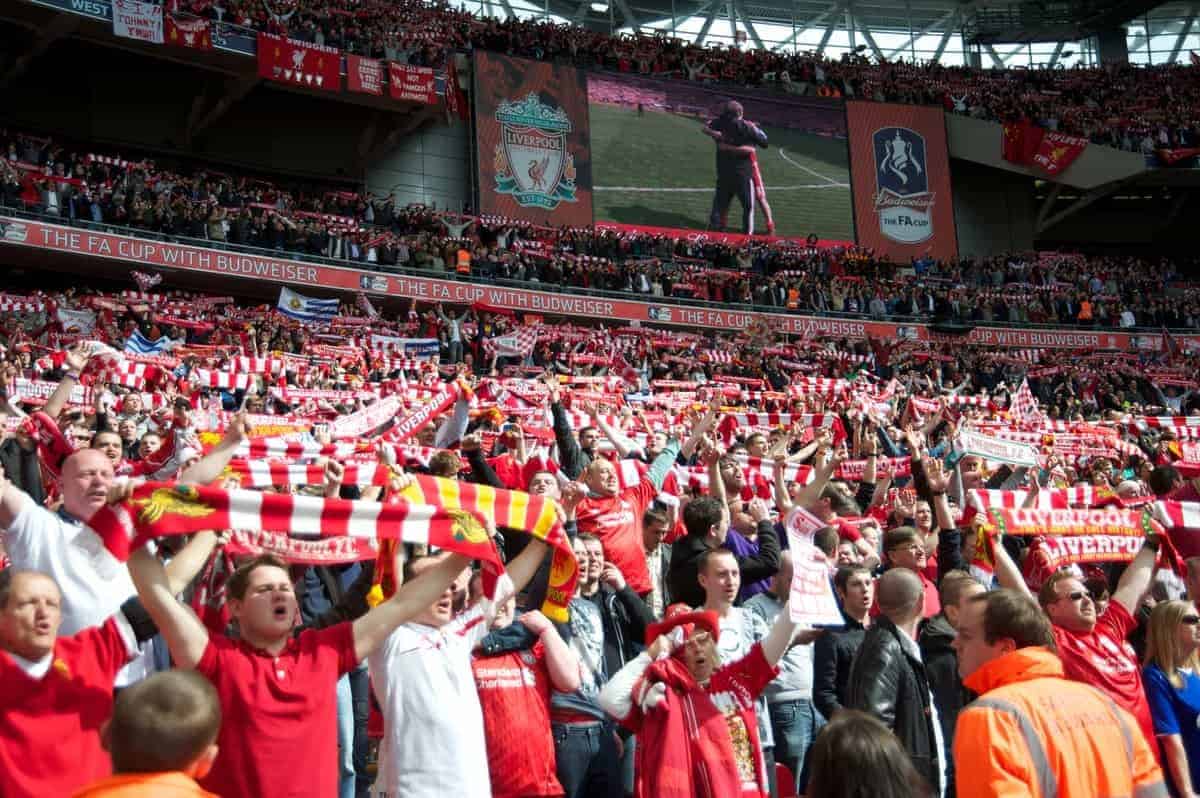 Simon Collings takes a look at some of the Reds’ most memorable FA Cup semi-finals in recent years.

Whisper it quietly, but it might be turning into a decent season after all! With an FA Cup semi-final place secured, all the doom and gloom that surrounded the club after weeks of bad press can be put to one side (for now).

This year’s FA cup campaign has had its moments, yet here we are in another semi-final and possibly ninety minutes away from Brendan Rodgers leading us out at Wembley for the first time.

They say in football losing a semi-final is actually worse than losing the final itself. Ex-Reds goalkeeper David James always maintained he’d prefer to go out in the third round than to lose in the latter stages – the logic being: go out early-on so the pain’s less severe.

A semi-final is a game no player wants to lose. To be in touching distance of a showpiece final and have it snatched away is a feeling all players, managers, and fans dread – that’s why our loss to Chelsea in this year’s League Cup semi hurt so much.

Luckily, Liverpool have always had a decent overall record when it comes to the last four – both at home and abroad.

Yes there’s been the odd dodgy Inter Milan semi back in 1965 – in the old European Cup – as well as seeing a third consecutive league and cup double dashed in by Crystal Palace in 1990. Yet in the FA Cup as a whole, Liverpool have a so-so record: winning 14 out of 23 last-four encounters.

In the last thirty years however, only Palace in 1990 have denied Liverpool an FA cup final appearance.

This recent record is something to savour, and one which we all hope will continue against Aston Villa.

Of course, 1989’s semi-final at Hillsborough will be remembered for very different reasons, but which are the ones that have lived long in the memory?

Let’s take a look at some recent encounters…

After the Hillsborough tragedy this semi-final replay at Old Trafford a few weeks later was an emotionally charged encounter to say the least. Seemingly willed on by the nation to reach a possible all-Merseyside final, Liverpool didn’t let anyone down.

The whole club did the fans and the city proud in an emphatic 3-1 victory over Brian Clough’s men. Although John Aldridge grabbed a brace, every single Liverpool player ran themselves into the ground that day to make sure the club reached Wembley to face Everton.

The final, as we know, was a classic encounter, yet getting through that semi-final tie was an extraordinary achievement which mustn’t be forgotten.

On occasions a semi-final can be nervy encounters – effectively stifling a team’s performance. Liverpool’s demolition of Aston Villa however, was a joy to watch.
We’d already blown them away 3-0 at Anfield earlier in the month and this semi-final contest was no exception.

Robbie Fowler was at the peak of his powers with two exquisite goals – Jason McAteer added the third.

It’s a shame the final turned out the way it did. Manchester United saw this semi-final display and decided to shut-up-shop – sneaking a dour 1-0 victory.

The win over Villa however, was Roy Evans’ team at its best – and I don’t think Liverpool have performed better in a semi-final since.

In a season that included so many cup highs, this semi-final against Laurie Sanchez’s underdogs often went overlooked. It could have been a huge banana-skin for the Reds, but Gerard Houllier’s professional approach paid off.

An Emile Heskey header late on, followed by a Robbie Fowler free kick, quashed any hopes of an upset despite Wycombe grabbing a consolation.

Not the greatest of games, yet Fowler’s sublime curler into the top corner was a moment to savour – keeping alive the possibility of a unique cup-treble.

In what was the competition’s 125th year, Liverpool’s victory over Chelsea was a sweet (albeit nervy) one. Remembered as much for Joe Cole’s late miss as for Luis Garcia’s exquisite 20-yard volley, Liverpool dug deep to reach yet another final at Cardiff’s Millennium stadium.

Chelsea were going for a league and cup double so to prevent them doing so was an extra incentive in this spiky affair – typical of things to come between the two sides.

John Arne Riise kicked things off with a neat free kick, whilst Garcia’s strike extended the lead shortly after the break. Didier Drogba set up a frantic ending with a headed goal late on, but Liverpool held on much to the dismay of Jose Mourinho. Wonderful stuff!

Despite the FA’s awful decision to move the last four ties to Wembley, this much-hyped encounter did give a new generation of Reds fans a showpiece Merseyside derby to savour.

Okay, so it wasn’t the actual final, but this enthralling 2-1 victory over the Toffee’s was deemed our biggest win against them since the late eighties.

The amount of times we’ve all watched Wembley footage from ’86 & ’89 was starting to get old! Finally, we now had a new Wembley encounter to enjoy.

In a game full of incidences and mistakes, Nikica Jelavic gave Everton the lead. Luis Suarez equalised after a poor pass-back, and Andy Carroll glanced in a winner three minutes from time.
Despite the performance, the occasion and result were perfect – setting the Reds up for their second Wembley final in the space of a few months.

Let’s hope there’s another Merseyside derby at Anfield South around the corner because they really are a spectacle to behold!