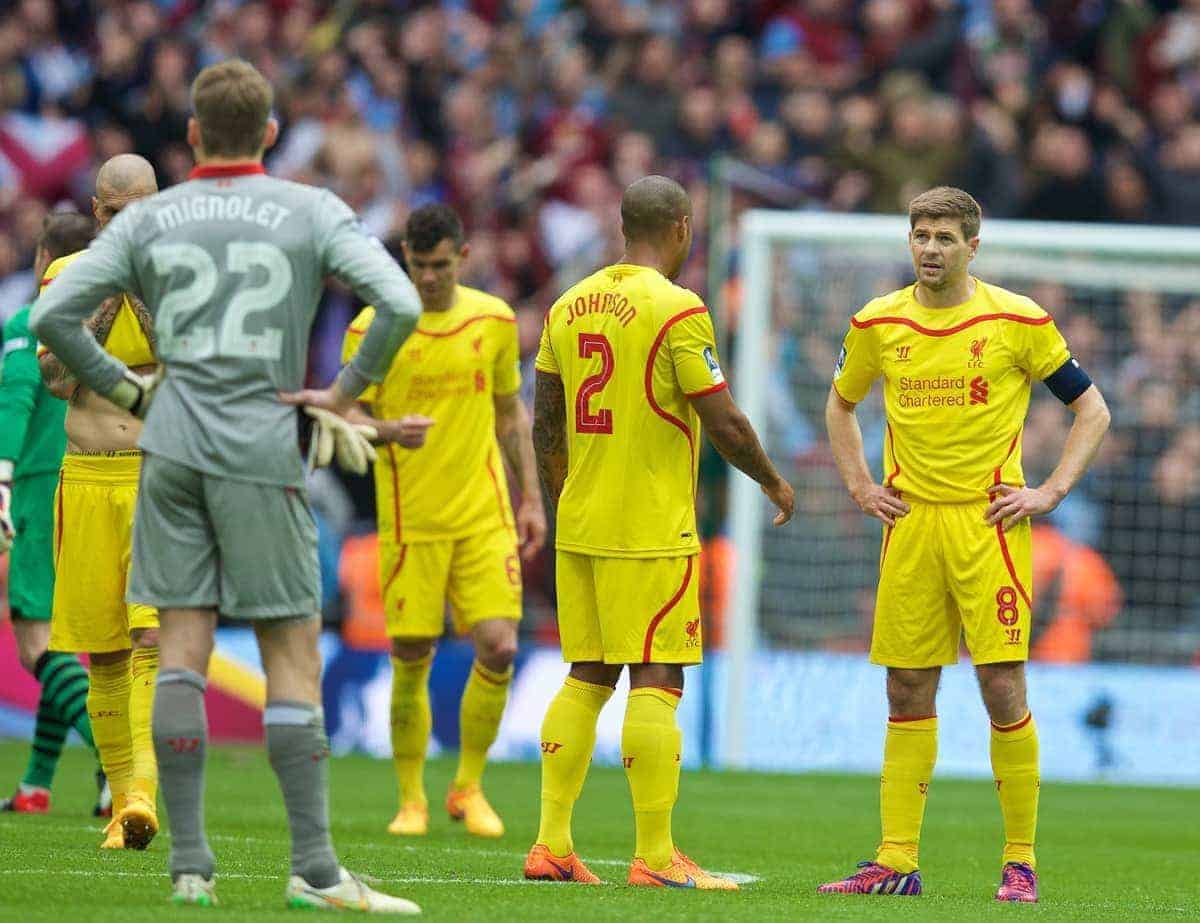 Liverpool defender Kolo Toure insists a “sad” Steven Gerrard will deal with the reality of being denied a fairytale FA Cup final farewell. The former Ivory Coast international said the team was probably more disappointed at not being able to deliver a trophy for fans, who this season had seen their side fail to progress out of the Champions League group stage and lose to Chelsea in the last four of the Capital One Cup.

A 2-1 defeat to Aston Villa at Wembley ended the club’s last hope of silverware and meant Gerrard would not be given a perfect send off ahead of his summer move to Los Angeles Galaxy with a cup final appearance on his 35th birthday on what would have been his very last appearance for his boyhood club.

“You feel bad. It is always difficult when you lose a semi-final like that,” Toure told Press Association Sport.

“The defeat is the thing. Of course we wanted to do very well for the last game of Stevie for the club but at the end of the day, we wanted to do it for the fans because this club deserves to have a trophy.

“He (Gerrard) is fine. Of course he is sad, like all the dressing room, but he has been in this game for a long time and he knows how to deal with these situations.”

Gerrard was able to start the match after an injury to Lucas Leiva in training, which denied Liverpool some much-needed control in midfield.

However, Toure insisted they should have had the ability to cope without their only genuine defensive midfielder.

“Lucas is a great player but we had players who could do the job,” he added. “Collectively we were not very good. Villa really fought and gave everything to win the game.”

As a result, Brendan Rodgers became the first Liverpool manager since the 1950s not to win a trophy in his first three years.

With the club’s Champions League qualification hopes looking increasingly distant after Manchester City‘s win over West Ham on Sunday increased the gap to fourth place to seven points – although Liverpool now have a match in hand – the Reds boss will find his record coming under more scrutiny over the final six games of the season.

The Northern Irishman insists he and his players will not give up while there is still a mathematical possibility.

“There’s an obligation here to fight to the very end,” he said. “We have to fight in every single game now. Of course there will be disappointment over the next couple of days but we’re going to have to get ready.”

Despite an impressive run of form since the turn of the year, Liverpool have looked ineffective in the big games, with back-to-back defeats to Manchester United and Arsenal putting a huge dent in their top-four hopes just when it seemed they were about to make the breakthrough, having worked so hard to get within two points of the top-four.

“The start of the season was not so good for various reasons then we picked it up,” said Rodgers.

“We played very well and had great rhythm to our game then we’ve had a block of games where the performance level hasn’t been what we’d like.

“The team in the last couple of years have shown great energy, attitude and commitment – I thought our energy was low (against Villa).

“They had a good start to the game and we were too passive in the game.

“We changed the system, got some joy and got in front but we didn’t keep the lead long enough.

“In the second half we hoped to play better but we just didn’t create enough.

“We needed to change the game to get more thrust going forward but even then the numbers getting forward weren’t what we’re normally used to.”