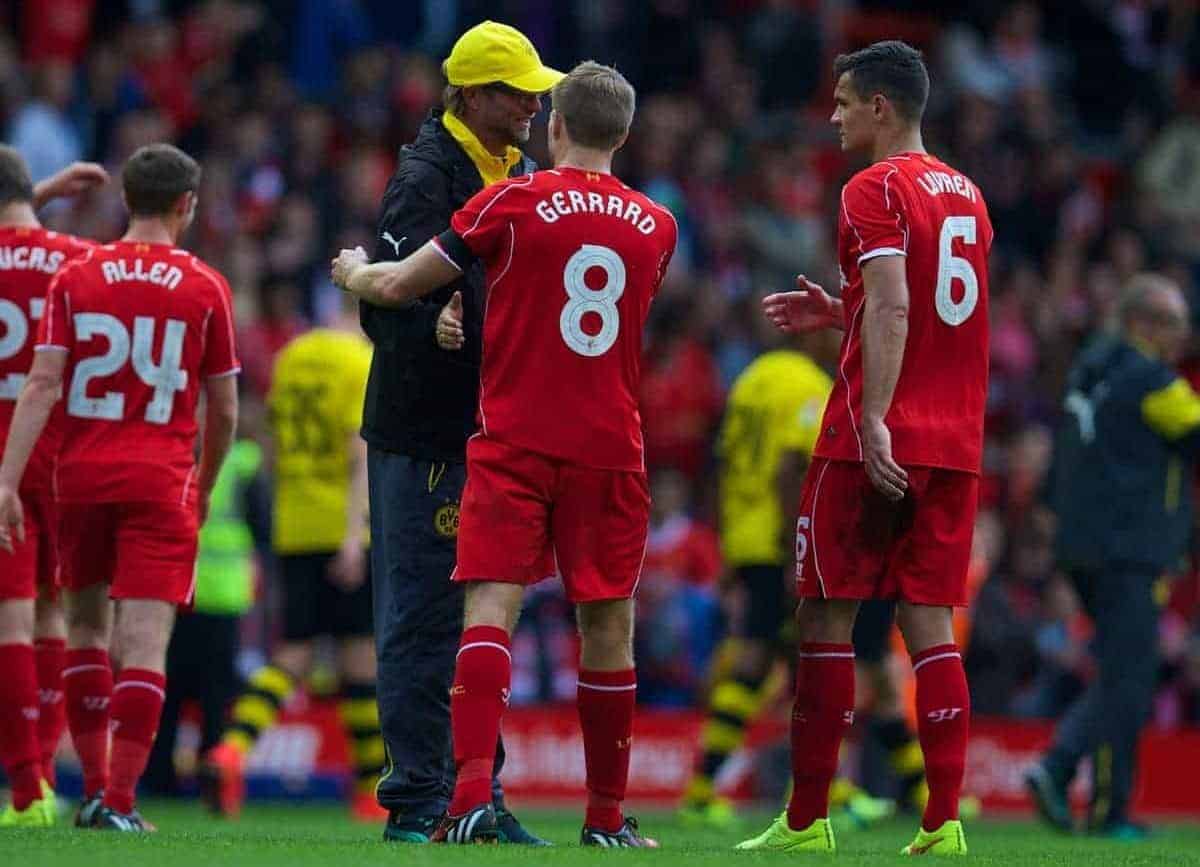 Liverpool boss Brendan Rodgers was asked about whether Jurgen Klopp‘s availability this summer adds to the pressure on him at Anfield.

Speaking at his pre-match press conference ahead of the trip to West Brom, Rodgers said: “You’ll have many names that, in my time here there’s been lots of names mentioned, and that’s the mark of being at such a huge club, such a well respected club.

“There’s absolutely no problem, that’s something that happens all the time if we lose a couple of games.

“There’ll always be people linked with this job because it’s such a great club.”

Earlier this month, Klopp announced he will depart Borussia Dortmund this summer leading to bookmakers and media linking with the Liverpool manager’s job should Rodgers be sacked for failing to achieve a top four finish.