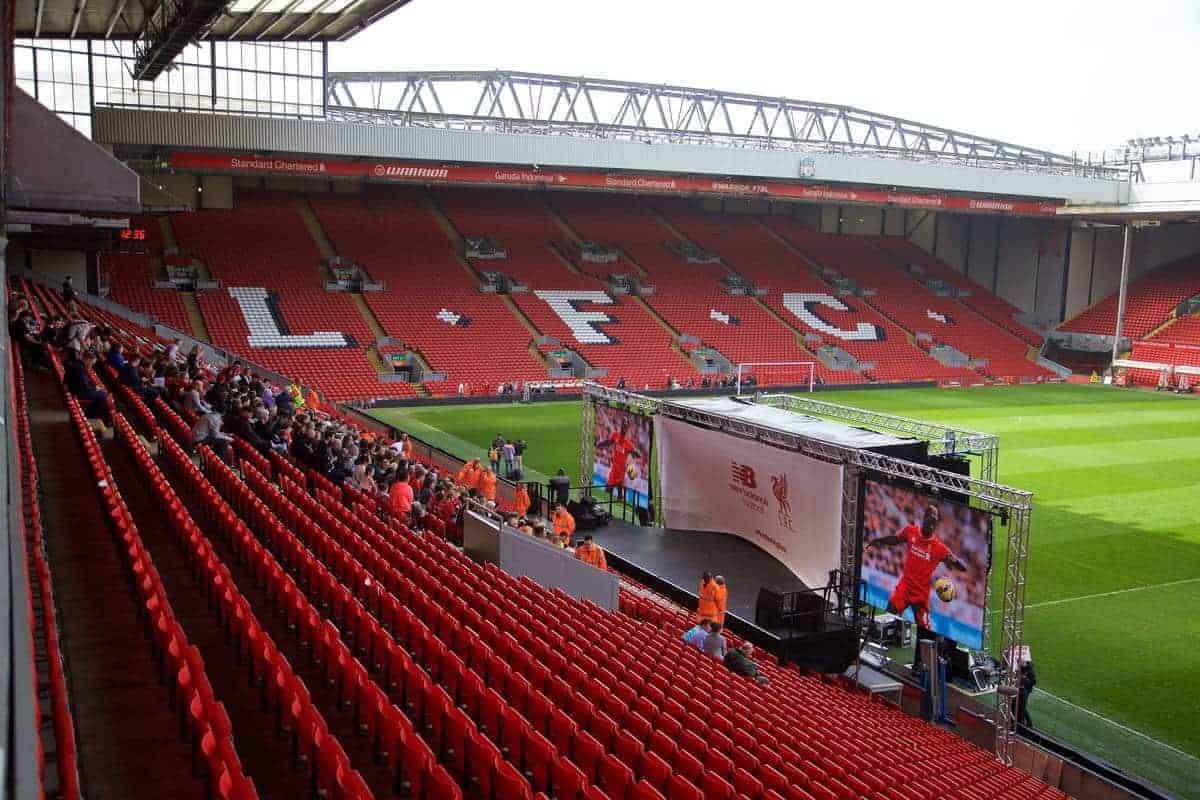 The Reds have unveiled their new home kit for 2015/16 and the club’s new training range, with the new third kit being unveiled against Stoke City on Sunday.

Liverpool FC players will debut the club’s new third kit at Sunday’s Barclays Premier League match when the Reds take on Stoke City at the Britannia Stadium in the final game of the season.

LFC’s defender, Martin Skrtel said: “I’m sure this will be an iconic shirt as it will be the last one worn by Steven Gerrard in his final game for the club. It looks and feels great and I think the fans will really like it too.”

General Manager of New Balance Football Richard Wright said: “The third kit brings an opportunity to mix style with performance. I believe the design team has done an exemplary job in achieving this. New Balance was built on the reputation of leading performance technology and we uphold this for all our kit designs.”

Billy Hogan, Chief Commercial Officer, Liverpool FC, said: “We are delighted to be launching LFC’s third kit in partnership with New Balance. As one of the world’s leading sportswear brands, I am sure that the design will be a popular choice with our supporters.”

The big question, of course, is whether Raheem Sterling will wear the new kit?

The kit will be available to buy in store and sent out to fans who have pre-ordered on Thursday 25 June.