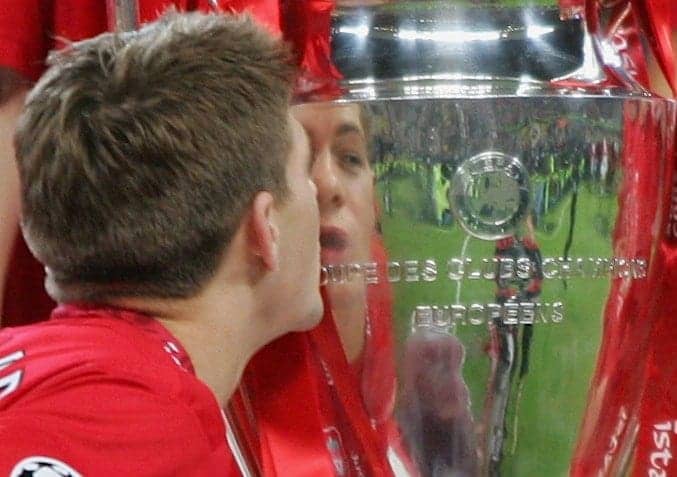 Ten years on from Liverpool's Champions League win over AC Milan in Istanbul Press Association Sport looks at what was said in the aftermath of such a momentous occasion.

"My wife has rung me and reminded me that I had said that I would be European champion before I was 45, and that is how it has turned out. She has always supported me and as everyone now knows I buy her a big present when my teams win something. She has said not to worry about that for now but I know she will go shopping!"

"When I got married to my wife it was the greatest day of my life, but in footballing terms this is pretty special, absolutely magnificent. I keep thinking I am going to wake up and think it was a dream."

"We were massive underdogs at the start of the competition and I hold my hands up, I didn't think we were going to go all the way. At half-time, I also thought it was impossible and that I'd be in tears at the end. We had a mountain to climb but we kept fighting to the end."

"The cup ended up with Stevie G in his room. His girlfriend wasn't here, so he had the cup in his bed instead."

GOALKEEPER JERZY DUDEK ON HIS BRILLIANT DOUBLE SAVE FROM ANDREI SHEVCHENKO:

"I don't know how I did it. It was fortunate for myself that I did it. Fantastic for me. I was waiting for this moment. I had difficult moments in this game but this is fantastic."

"Jerzy's saves from (Andrei) Shevchenko were unbelievable, I was just waiting for the net to bulge and for it to be game over. I couldn't believe it and that was the moment I felt our name was on the cup. I think it will go down in history – people will be talking about it in 20-30 years' time."

"I didn't believe we could do it, I went out in the second half just intent not to allow ourselves to be embarrassed and make sure it wasn't four or five, we did not want that to happen."

"I started off in the pub but left at half-time and went home. It was a bit sad being in the house on your own when they scored."

"I can't explain it. I thought Milan were the better team."