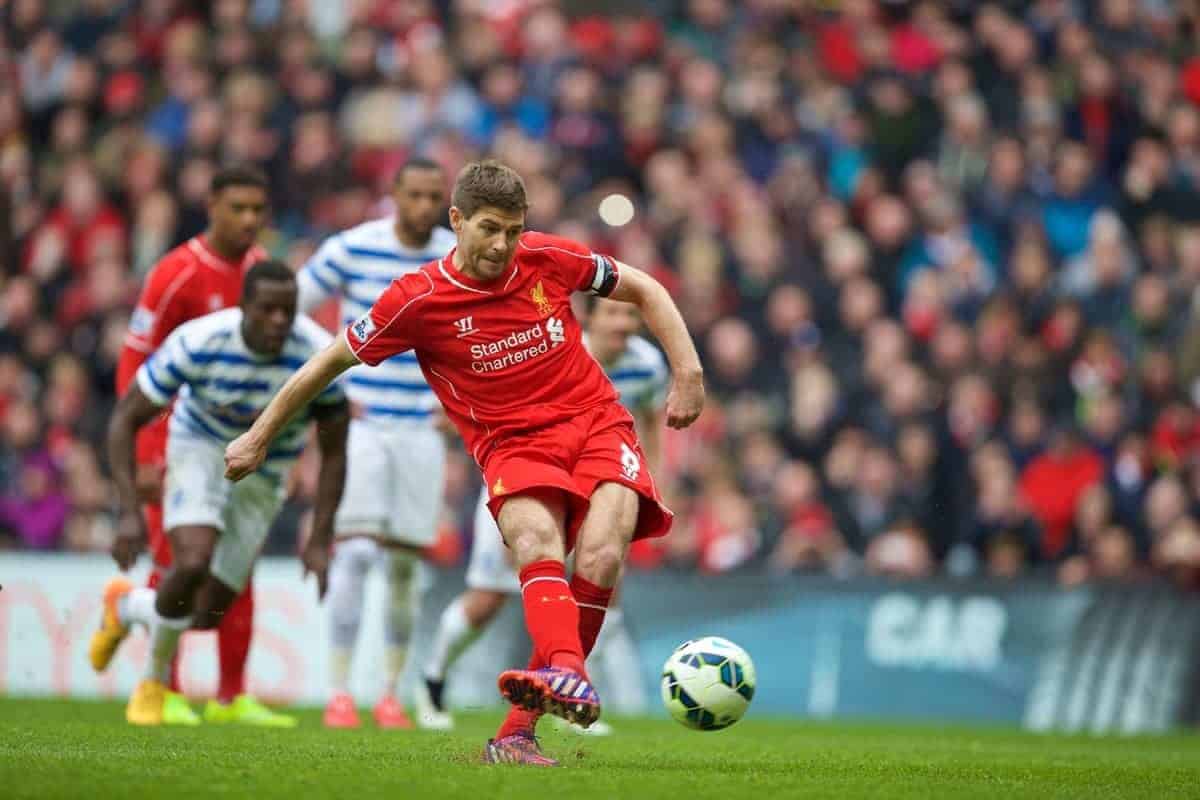 Speaking in his post-match interview following Liverpool’s 2-1 win over QPR, Steven Gerrard discussed his penalty, the winner and the club’s future.

The Liverpool captain salvaged a late victory for the Reds with his 87th-minute header making up for an earlier penalty miss.

Asked whether he was relieved to have scored the winner, Gerrard said: “Definitely. It was a poor penalty from myself and I am very disappointed with it. I changed my mind on my run up, which is something you can’t do when you’re a penalty taker.

“Maybe it was the game, the emotion, being desperate to score and get on the scoresheet…I don’t know.

“I take full responsibility for that but it was nice to make up for it and help get the team three points. It’s very big for us.

“I’m delighted with the header and everyone goes home happy because we’ve got three points.”

Gerrard reserved special praise for the player who supplied the ball for his winner, Philippe Coutinho, whose opening strike had been cancelled out by Leroy Fer in the second half, saying: “I think he’s been our Player of the Year.”

The captain also had some choice words for his interviewer when asked whether this was his best headed goal:

BBC Interviewer to Gerrard: "was that your best ever header?"
Sg: "Istanbul wasn't bad."

Ending with a wry smile, it looked like Gerrard was enjoying every moment of his penultimate Anfield outing.