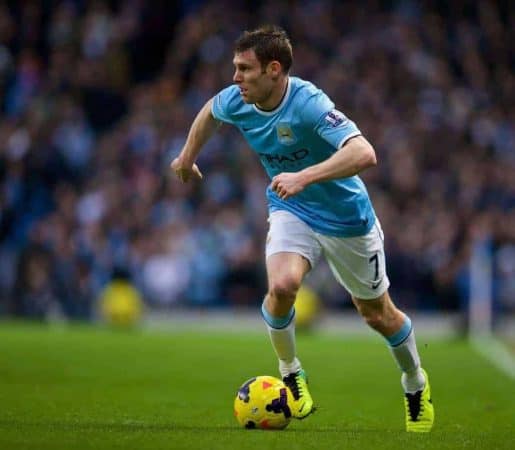 With exactly a month until the summer transfer window re-opens, we round-up the latest rumours affecting Liverpool.

We are now officially in June, and the 2014/15 Premier League season feels like something in the distant past. Barring that wretched Stoke defeat, of course.

With just 30 days until clubs can buy and sell players again, it’s fair to say that the constant flow of transfer news is hotting up by the day, with a varying degree of credibility.

Liverpool are clearly in need of reinforcements ahead of the 2015/16 campaign, and we take a look at who has been linked with a summer move to Anfield over the last few days.

The swell of negativity surrounding Christian Benteke making a move to Liverpool has been almost unrivalled in the last week or so, but we bring you some positive news on the matter.

It has been reported that the 24-year-old could now stay at Aston Villa rather than join the Reds, signing a new deal at Villa Park in the process.

The Birmingham Mail claims that the Belgium international will meet with manager Tim Sherwood this week, with a pay rise likely to be offered in order to keep him at the club.

Liverpool have been rumoured to be lining up a £32.5 million bid for Benteke; something that has gone down dreadfully with the fans.

While the burly striker is clearly a handful on his day, he does not feel suited to the Reds’ style of play, and is not remotely worth that kind of money. Alexis Sanchez cost Arsenal less, which sums it up.

According to Sam Wallace of the Independent, Danny Ings looks set to seal a move to Anfield this week, choosing Liverpool over Tottenham as his future destination.

The 22-year-old has been hotly tipped to become a Reds player for a while now, and it looks as though it’s a matter of when, rather than if, he joins. The striker now is a free agent, following the expiration of his contract at Burnley.

Ings ticks a number of FSG’s boxes when it comes to signing new signings, given the fact he is young, English and has the potential to develop greatly, and should be a decent signing.

The England Under-21 international is not at the level where he should be a regular starter, but is most certainly an upgrade on Rickie Lambert and Fabio Borini. He scores goals for starters.

James Milner to choose between Liverpool and Arsenal

Although the Daily Mirror claimed on Saturday that James Milner‘s likely move to Liverpool is under threat because of the current Brendan Rodgers furore, Sky Sports claim the Reds and Arsenal have both held talks with the Man City star.

The 29-year-old England international looks almost certain to leave the Etihad this summer, with a lack of playing time and a new challenge clearly appealing to him.

The lure of Champions League football at Arsenal may make them favourites to land the former Leeds, Newcastle and Aston Villa man, who has won 53 caps for the Three Lions.

Milner has his critics, most of the time very unfairly, and his consistency, versatility and experience would be a potentially invaluable addition to the Liverpool squad for several years.

Despite rumours emerging that Liverpool were set to begin negotiations with Lyon’s highly-rated striker Alexandre Lacazette, the Ligue 1 club’s president that rubbished the reports.

Jean Michel Aulas took to Twitter on Sunday evening to have his say on the matter, and was fairly damning on the Reds’ chances of signing his most prized asset.

“Your information is false. Liverpool have not called and what European cup are they playing in [next season?]. They have neither the means nor the interest,” he said.

24-year-old Lacazette is one of Europe’s most sought-after players right now, scoring 53 goals in 92 appearances for Lyon in the last two seasons, but it appears Liverpool’s lack of Champions League football will frustratingly work against them once more.

Keylor Navas to compete with Mignolet?

The Sunday People reports that Liverpool are lining up a £10.5 million bid for Real Madrid outcast Keylor Navas.

The 28-year-old goalkeeper was restricted to just 11 appearances at Santiago Bernabeu in 2014/15, despite Iker Casillas’ obvious decline, and with David de Gea potentially joining Madrid, he will be deemed surplus to requirements next season.

Navas outlined his quality at the 2014 World Cup, performing brilliantly for Costa Rica as they surprisingly reached the knockout stages.

He would undoubtedly add competition to Simon Mignolet– something Brad Jones was simply incapable of- which can only be a good thing.

Wales Online has claimed that the Reds could be set for a shock move for Cardiff City goalkeeper David Marshall, as Rodgers continues to look for a Mignolet back-up between the sticks.

Liverpool reportedly have £5 million to spend on a new ‘keeper- we’re not getting Navas if that’s the case- and Marshall is supposedly very much in the running to move to Anfield.

The 30-year-old has been linked with the Reds in the past, and would be a shrewd acquisition by the club.

He was outstanding for Cardiff in their ultimately doomed 2013/14 Premier League campaign, and has won 17 caps for Scotland.

Whether he has the quality to oust Mignolet as first-choice is up for debate, but he would a very able deputy, particularly in comparison to Jones.

Nathan Redmond on the Reds radar

The latest young English starlet to be linked with a move to Anfield is Norwich City winger Nathan Redmond.

The Daily Star, admittedly far from the most believable source, claims the 21-year-old is very much on the Reds’ radar, following a brilliant season with the Canaries.

Redmond was instrumental in the East Anglia side’s promotion to the Premier League, scoring in both the play-off semi-final and final, against Ipswich Town and Middlesbrough respectively.

He has also been a key man for England’s Under-21 side in recent times, and will star for them at the European Championships in Czech Republic this summer.

Quick, skilful and with an eye for goal, Redmond is not dissimilar to Raheem Sterling in style, with an ability to thrive on either flank.