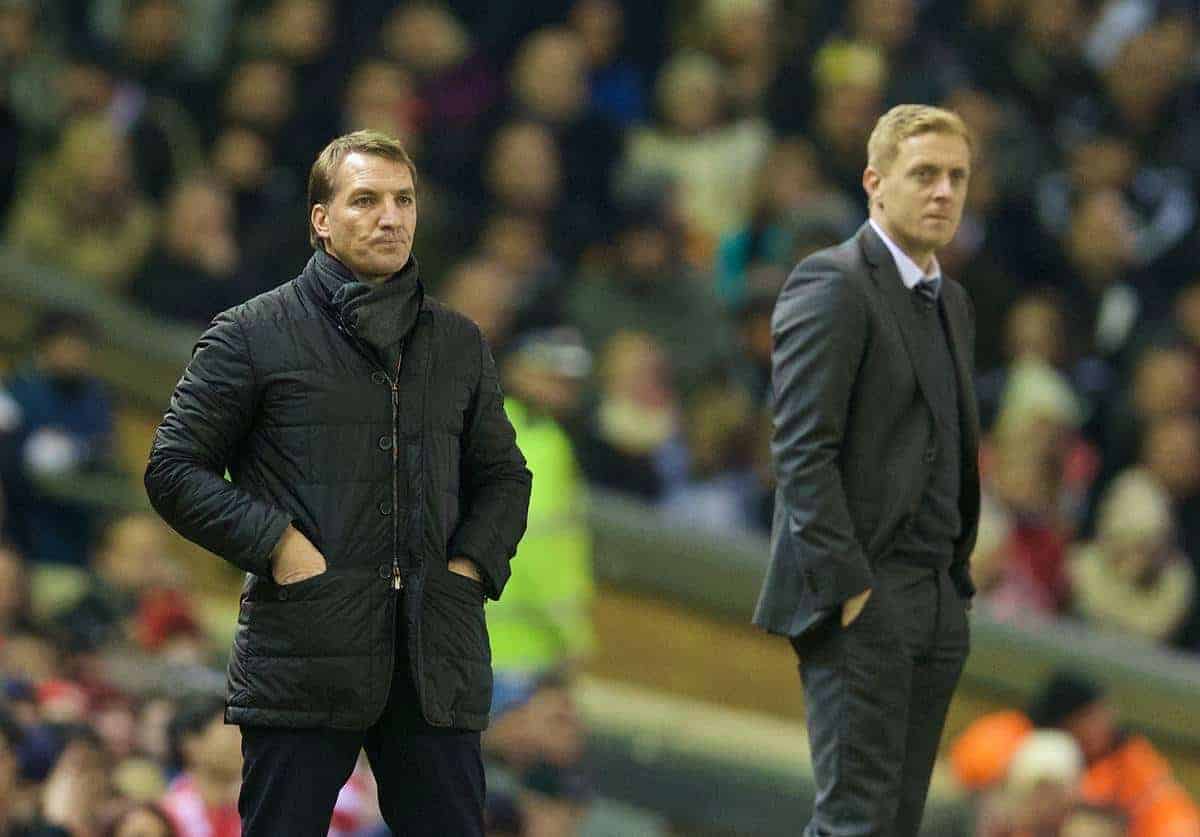 It’s over a week now since Brendan Rodgers was reportedly assured of his position as Liverpool manager next season, a move which has split the Reds’ fanbase and divided opinion.

One of the arguments made by those who back the decision to back Rodgers is that the club needs “stability” and that changing the manager would not provide this.

Liverpool as a club have been pretty unstable for the last decade, but that’s been more due to the club’s hierarchy. Owners have come and gone, a director of football arrived then departed, plans to appoint a sporting director were scrapped in favour of a transfer committee, eventually the commercial director was given the role of chief executive.

Stability at the top would been beneficial to the club – if only the club actually appointed people to provide that stability.

But what has stability within a managerial position won?

Of course, the obvious answer here is Alex Ferguson at United – 26 years in charge – but even he has explained how he took on an overseeing role at Manchester United in his later years, delegating training to assistant coaches – assistant coaches who came and went with regularity.

One of them, Mike Phelan, insisted he was manager “albeit with the title of assistant boss.”

Ferguson wasn’t the hands on coach on the training ground and his later years became more of a sporting director, entrusting his staff to ensure training was fresh and innovative.

The point here? Well, first off that Liverpool/Rodgers were right to sack Colin Pascoe and Mike Marsh, and that they must now replace them with experienced, quality coaches.

The second point is that United had stability in their hierarchy, of which Ferguson was part of the hierarchy and less so part of the coaching staff. The year Ferguson left, chief executive David Gill left too – which hurt them more?

The idea that stability with a manager is required to bring success is completely and utterly flawed.

Barcelona didn’t seem too worried about stability when Luis Enrique won them the treble in this, his first season in charge.

Chelsea have had nine managers in 11 years, winning 13 major trophies in the process.

There seems to be an argument that by keeping the manager in charge, Liverpool have greater success of winning a trophy next season due to the “continuity” it proves and not having to “start again.”

Those three examples took place during times when the infrastructure above the manager’s position was stable and effectively run at Liverpool. One manager leaving did not upset the whole football club, continuity remained even despite a new manager arriving.

It’s a similar story with clubs like Swansea and Southampton in more recent times, who have progressed year-on-year despite a turnover in the manager’s position.

At Swansea, Rodgers built on the foundations put in place by previous managers Roberto Martinez and Paulo Sousa. When Rodgers left, Michael Laudrup won their first ever major trophy, and now Garry Monk has led them to their highest Premier League finish in his first full season in charge.

Five managers in seven years has taken them from League One, to their highest ever finish, their first ever trophy, and qualification for the Europa League. But their manager’s position hasn’t been “stable”.

It’s a similar story at Southampton, where five managers in six years have taken them from League One to the Premier League and qualification for the Europa League.

In each of these instances, the new manager has built on the work of the previous manager.

The club’s hierarchy have put in place a system whereby they can identify the right manager with the right profile to take the club to the next, desired, level.

The first point here is that Liverpool need to have stability in their hierarchy, but crucially that hierarchy – the people running the club, identifying the new coaching staff – need to be the right people. Experienced and esteemed football people. At present they aren’t. That’s Liverpool’s problem.

The second point is that the claim that if Rodgers left and a new manager came in it would mean another ‘year zero’ is a complete myth. If the club were smart they’d replace Rodgers with a manager who can come in and build on the foundations which have been put in place.

Liverpool’s squad is full of promising, exciting young players – many of whom have been misused in their first season at the club and would benefit from a new manager playing them in their more suited positions.

Liverpool’s hierarchy should be sat identifying who that manager could be – the club should always be looking to upgrade its players and similarly shouldn’t be afraid to upgrade the manager if the opportunity exists.

Perhaps it’s the position(s) above Rodgers’ that need sorting first, in order to put that vision in place.