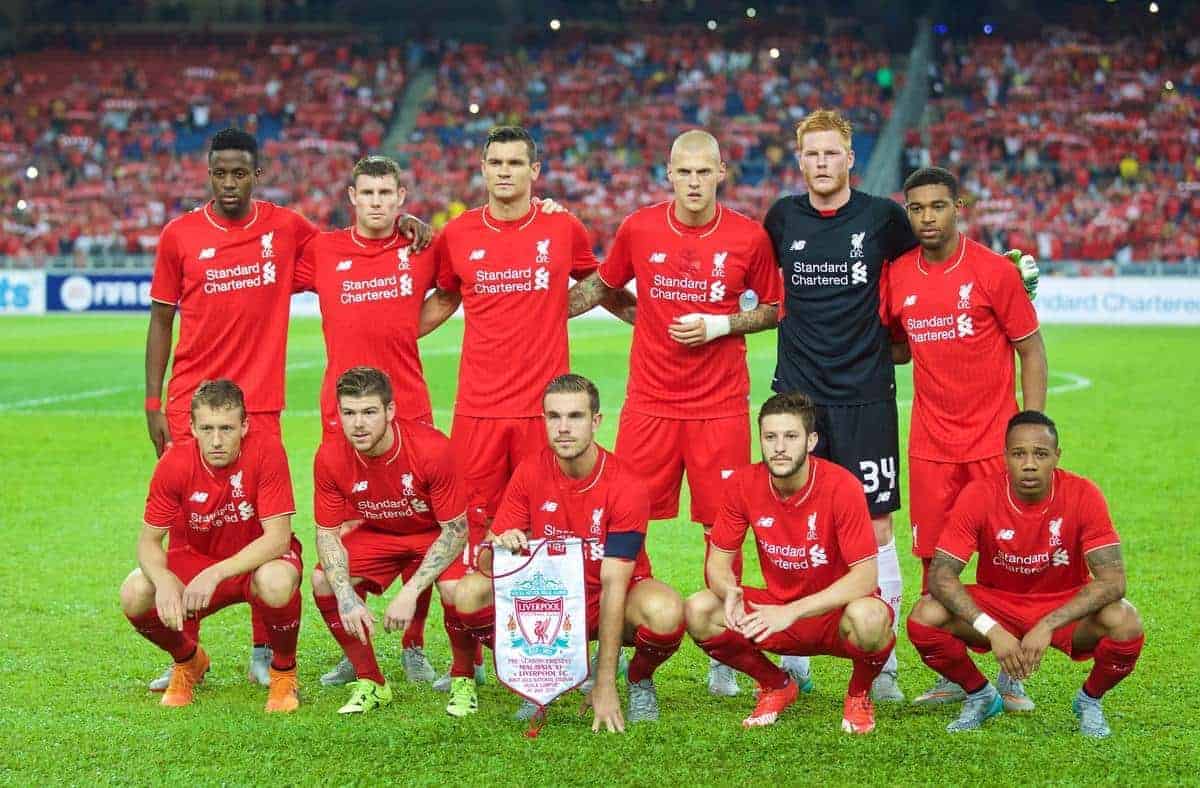 Following Liverpool’s 1-1 draw with a Malaysia XI in Kuala Lumpur on Friday, we assess each Reds player on the day. The Hungarian had very little to do throughout the game, and could do nothing about Ronaldinho’s well-taken finish for the Malaysia XI in the first-half. Made a comfortable stop in the dying seconds.

It has been a solid but unspectacular first few games in a Liverpool shirt for Nathaniel Clyne, and it was much of the same in Kuala Lumpur.

Defensively he was rock solid, showing impressive physical strength, but his use of the ball and attacking threat wasn’t always the greatest.

The 30-year-old was a reliable presence at the back, barring one slip in the second-half, but as has been the case all summer, the opposition was average at best. Bigger tests will come. Liverpool’s much-maligned centre-back will be disappointed at the way he was out-muscled for Ronaldinho’s goal, and he missed four glorious chances to score at the other end. Very little is going right for Dejan Lovren.

A fairly impressive performance from the young Spaniard, who got forward well on a few occasions and improved as the match went on.

He did look susceptible defensively on occasions though, and still doesn’t feel like a safe pair of hands.

In truth, you or I could have looked half-decent in the Brazilian’s defensive midfield against such mediocre opposition.

Not the finest performance from Liverpool’s new skipper, who never really got out of second gear.

His passing was a little wayward and sloppy, but he did link well with the likes of James Milner and Jordon Ibe on occasions. Work-rate as commendable as ever.

After a terrific pre-season to date, Milner was extremely quiet throughout.

The 29-year-old did absolutely nothing wrong all game, both on and off the ball, but offered little in terms of creativity and goal threat. The young Englishman was far and away Liverpool’s best player on the day, as he continues to enhance his already glowing reputation.

His stunning strike levelled matters in the first-half, and his pace, power and trickery caused the hosts trouble from start to finish. Excellent performance.

The former Southampton man has been impressive this summer, and once again he looked one of his side’s most dangerous, inventive players.

The 27-year-old was sometimes guilty of holding onto the ball for too long, but all in all he did well. Several decent efforts on goal too, including a deflected shot that hit the crossbar.

The Belgian has disappointed on the whole since returning from Lille, and he was again frustrating in Liverpool’s final match their Far East and Australia tour.

The 20-year-old had good chances to score, but fluffed his lines every time. His touch and decision-making remain extremely raw too, and although his potential is huge, he has to be Liverpool’s fourth-choice striker in 2015/16. The youngster was solid in possession, and didn’t look out of his depth at all. [td_ad_box spot_id=“custom_ad_3″]

No impact on proceedings.