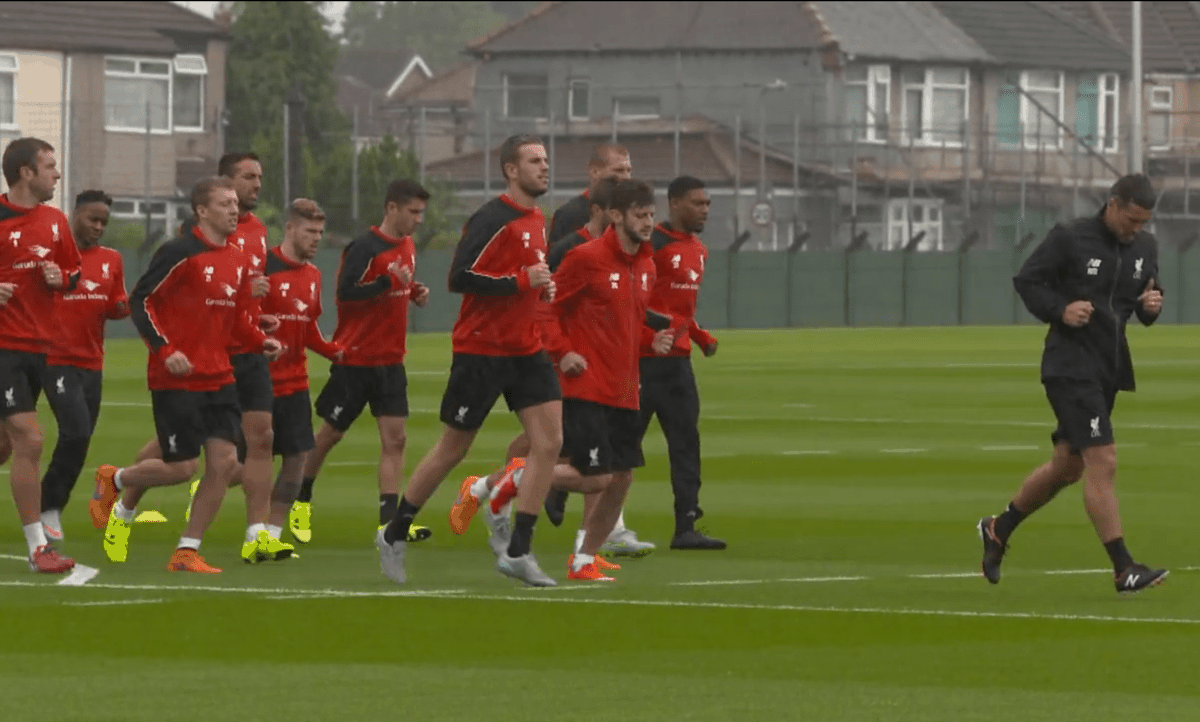 The majority of Liverpool’s first-team squad for the 2015/16 season returned to training on Monday afternoon, with Brendan Rodgers’ new signings joining up with their new team-mates.

Captain-in-waiting Jordan Henderson led the charge in a series of running drills.

New boys Joe Gomez and Divock Origi got stuck in during their first day of training at Melwood.

As did £12.5 million man Nathaniel Clyne, after making the move from Southampton this month.

19-year-old academy midfielder Cameron Brannagan was also present, hoping to establish himself in Rodgers’ first-team thinking after a handful of appearances on the bench last term.

Rodgers made his first appearance back following a lengthy holiday period this summer.

Andre Wisdom also made his return. With the right-back having signed a new long-term contract this summer after a season on loan with West Bromwich Albion, he will be hoping to make an impression this pre-season.

Wantaway forward Raheem Sterling also reported back for training on Monday, despite persistent links with a move to Manchester City this summer.

Jordon Ibe and Mamadou Sakho—two key players for the Reds this season—battled it out on a miserable day on Merseyside.

The Reds will continue training before embarking on their tour of the Far East and Australia.