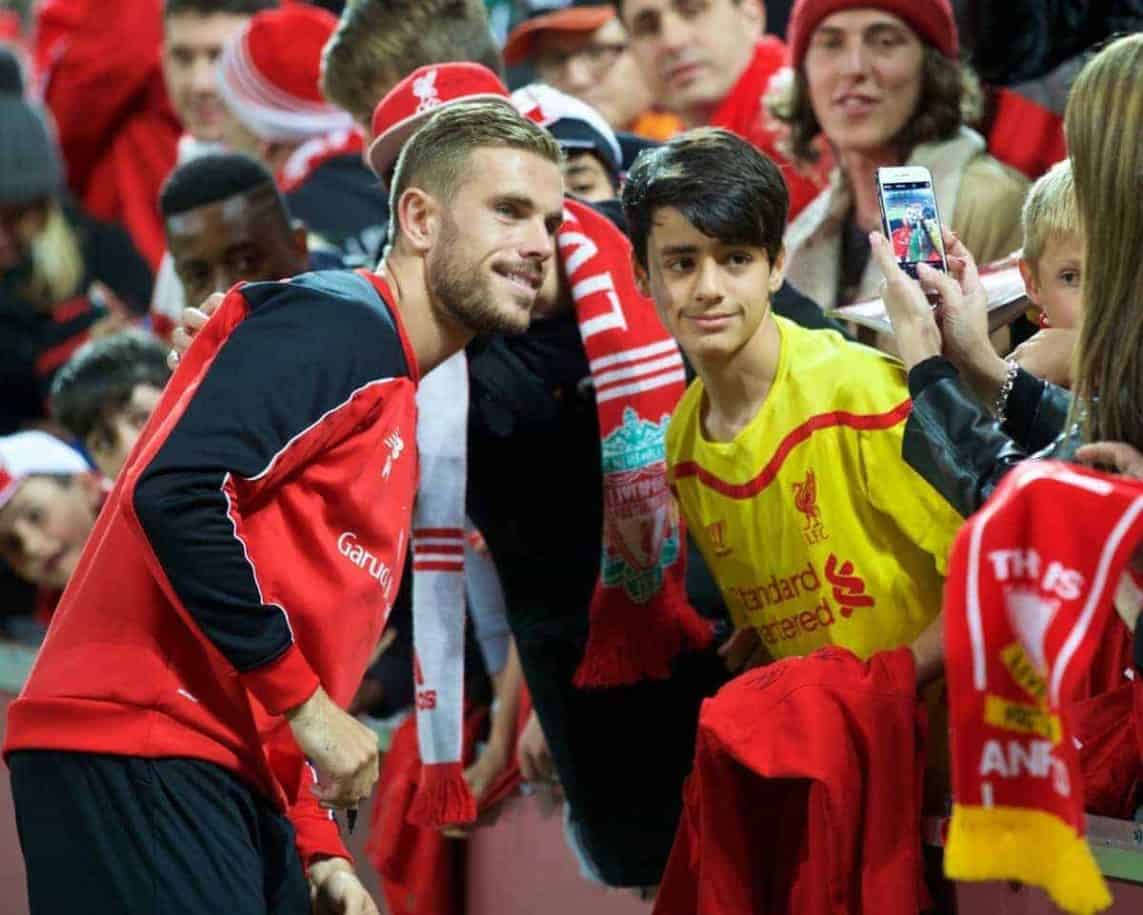 Liverpool delighted fans in Australia with their training session on Thursday ahead of their pre-season friendly against Brisbane Roar on Friday.

After revealing the new away kit for 2015/16 at a Fan Zone event in Brisbane city centre and Brendan Rodgers and Adam Lallana’s pre-match press conference, the squad took to the field of the Suncorp Stadium for an evening training session.

Friday’s game against Brisbane Roar will be Liverpool’s second friendly of the summer after beating True Thai All Stars 4-0 in Bangkok earlier this week.

Whilst there were smiles all round as Liverpool enjoyed the cooler temperatures of the evening in Brisbane and the summer signings continued their integration into the squad.

Brisbane Roar vs Liverpool gets underway at 9:45am on Friday morning. Keep an eye on This Is Anfield for more build-up and coverage.